One man's journey to a world of violence 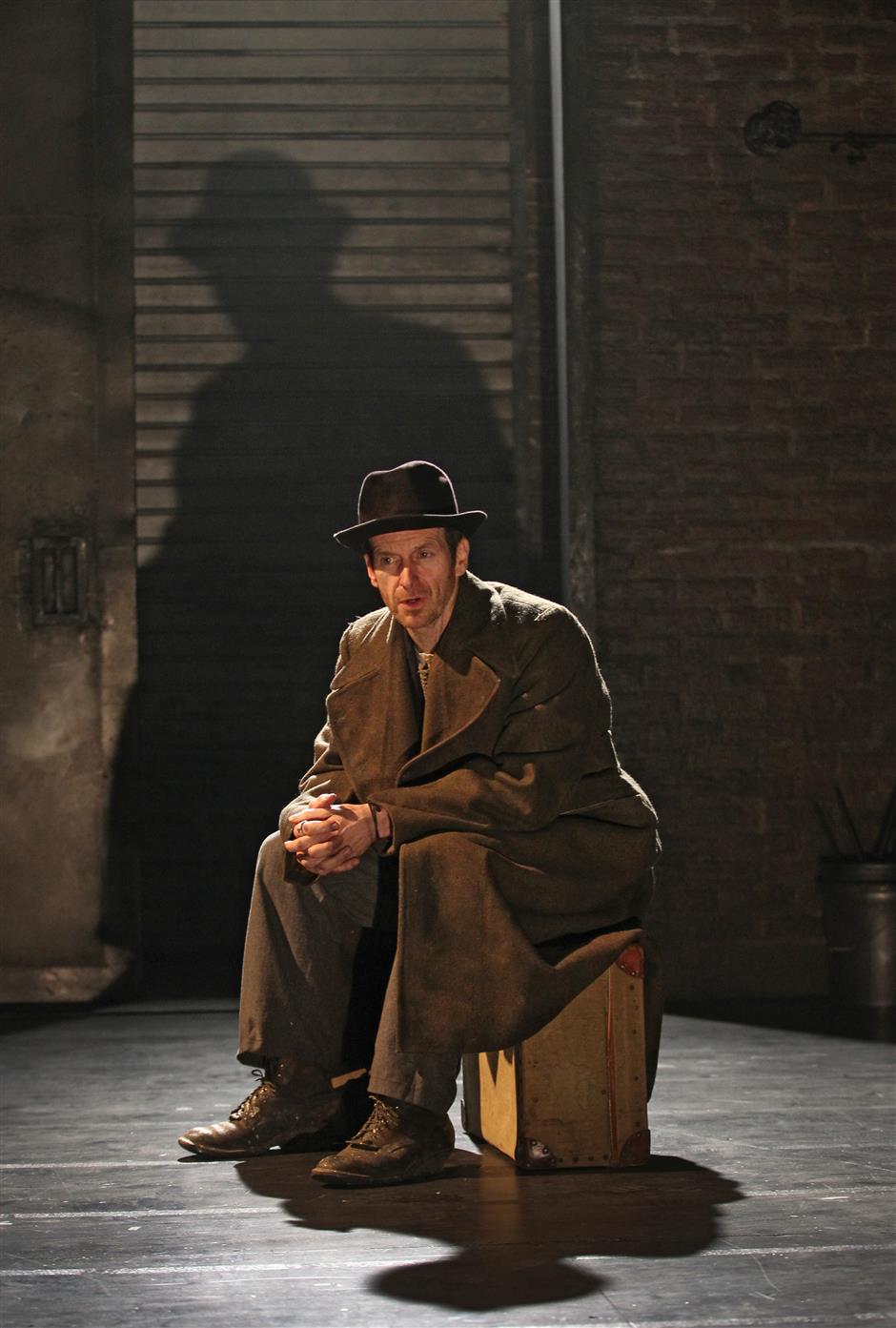 When American actor Denis O’Hare stood on stage at Great Theatre of China last week, he was facing the double challenge of a 100-minute solo performance and an audience who were not native English speakers.

The story he was telling was an epic one. “An Iliad,” based on ancient Greek poet Homer’s “Iliad,” is a modern-day version of the classic. Created by Tony Award winner O’Hare and acclaimed director Lisa Peterson, the drama is drafted around the stories of Achilles and Hector, two major heroes in the “Iliad.”

Premiered in 2012, the play has toured the world in cities such as Seattle, Perth, Wellington and Cairo.

The play has a simple setting: an empty theater and O’Hare, a lone figure on stage who is a storyteller — possibly Homer, possibly one of the many bards who followed in Homer’s footsteps.

The story, which has been told again and again for thousands of years, now has a more contemporary meaning.

“I was looking for plays about war in 2003, 2004 and 2005, around the time the United States was invading Iraq. For Americans, it is easy to not think about it or just not be aware of it,” Peterson said.

The play’s creators looked into how the “Iliad” was originally told and found out that it was a solo piece from the very beginning, with maybe a little string instrument accompaniment.

“The research that I did made me interested in this idea of the traveling storyteller. And the idea that Homer was more than just one person. Homer was many, many people, over many hundreds even like a thousand years of telling the story over and over again,” said Peterson. 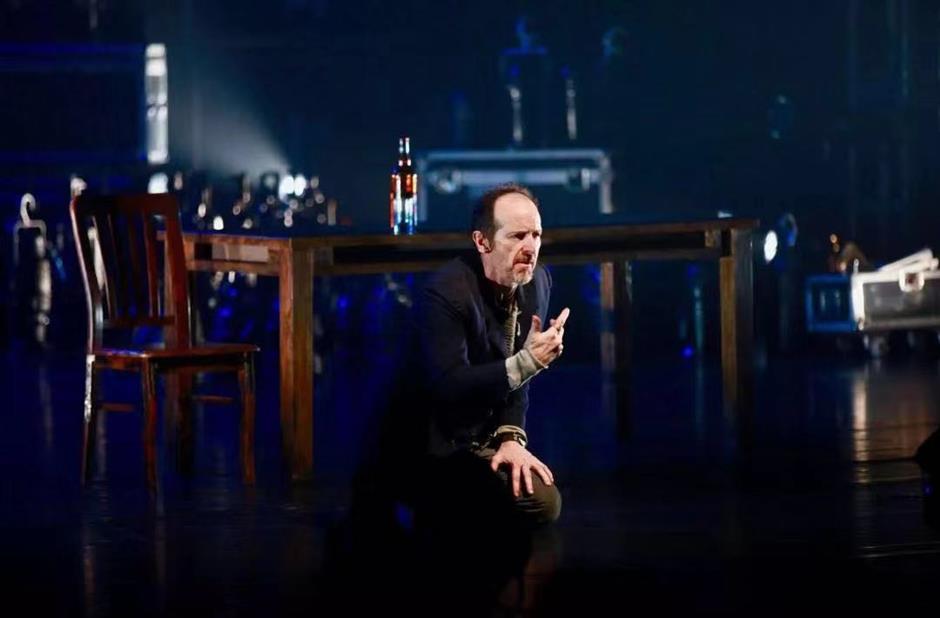 Set during the Trojan War, Homer’s poem tells of the battles and events during the weeks in the final year of the conflict. But it also mentions many of the Greek legends in the siege, earlier events, and events prophesied for the future. Its standard modern accepted version runs to 15,693 lines and would be a three or four-day job if someone planned to tell it from beginning to end.

How to edit and condense such an epic story into an acceptable play for today’s audiences was the biggest challenge Peterson and O’Hare faced when they began to create “An Iliad” together.

The fate of the Greek warrior Achilles and Hector, the greatest fighter for Troy, takes center stage in the play.

“If you follow the trajectory of how the book begins and ends, it begins with Achilles. He is the main figure in many ways for the Greeks and it ends with Hector, his death,” said O’Hare. “When do they clash? What do they represent? How are they representative of a Greek and a Trojan? And what’s funny about Hector and Achilles is that neither Hector nor Achilles has a real reason to be fighting.”

The team’s biggest regret was that they weren’t able to keep a lot of the female characters in the play.

“I say that’s ok. Because the problem we are talking about is a male problem. This is about rage and what rage is. And it is the testosterone,” Peterson laughed.

The whole story is about humanity’s unshakeable attraction to violence, destruction and chaos, which hasn’t changed since the Trojan War.

“The story is about war, but it’s really about anger-addicted people,” said Peterson, “I mean Achilles, it has rage in him and he uses it to be a great warrior.”

He loses everything in the war and that turns him into a final stroke of rage, in which he kills Hector, who is only trying to protect his city and his people.

“But the turning point and the climax of the story is that when Hector’s father, the king of Troy, comes to get his body, Achilles has an angry moment, and he lets it go, and he triumphs over his own rage,” said Peterson, “In a contemporary way, I think it’s really about looking inward, looking at ourselves. As an American, the reason we did this, and the reason we love touring it, is it’s meant to be a kind of self-analysis about American aggression.”

O’Hare put on an incredibly powerful and compelling performance in this Obie Award-winning adaptation as the storyteller. When he counted the invisible Greek warships, it was as if he was present at the scene and when he described the battles between the Greek and Trojan heroes, the audience could feel the tension and the heart-wrenching tragedy. One of the highlights was when O’Hare counted an extremely long list of the wars in human history, which represents the human nature of endless conflicts. 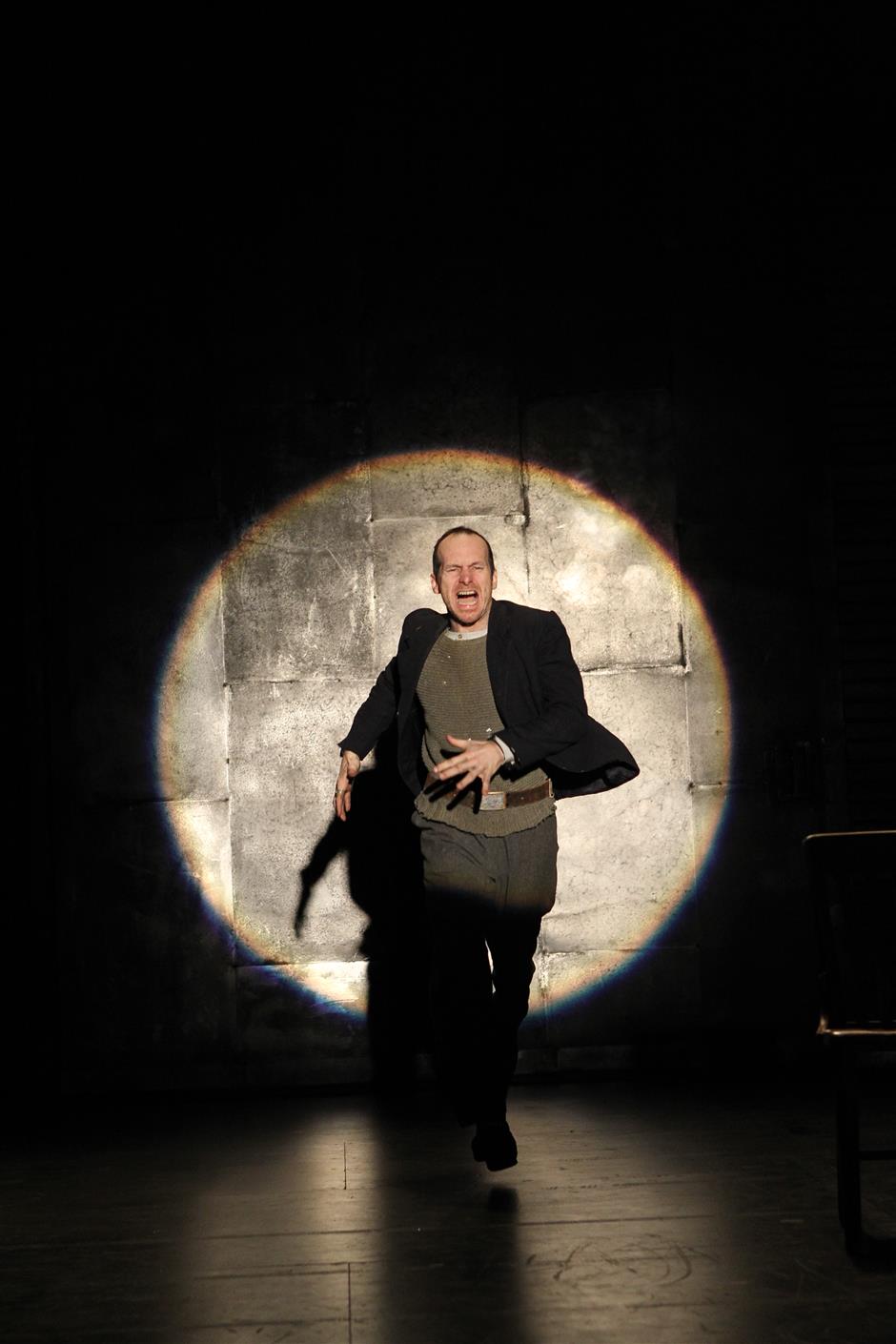 Based on the English translation by Robert Fagles, the play is physically demanding and O’Hare’s performances in Shanghai on August 8, 10 and 11 were done with the help of around 1,140 slides of Chinese subtitles.

He learned some Mandarin to create a connection with his Chinese audience. The audience responded with an understanding smile when O’Hare named a few Chinese provinces and cities such as Zhejiang, Jiangsu and Qingdao. Those are the places the warriors “come from,” a modern twist he always makes when touring around the world.

“It’s about a spirit of letting the audience be present,” said O’Hare.

The most difficult section of the seven-chapter play is chapter four, according to O’Hare, when the storyteller describes the story and battles of Patroclus, a close friend of Achilles.

“It’s the section that ends up with me up on a table screaming. And it’s where the poet himself gets infected with rage and he loses control. Technically it just takes all of my breath and my ability. And on more than one occasion, I’ve actually got dizzy. Feel like I don’t have enough air in me to keep going. I have to be careful,” he said. “However, now that I’ve done it for so long, it no longer terrifies me.” 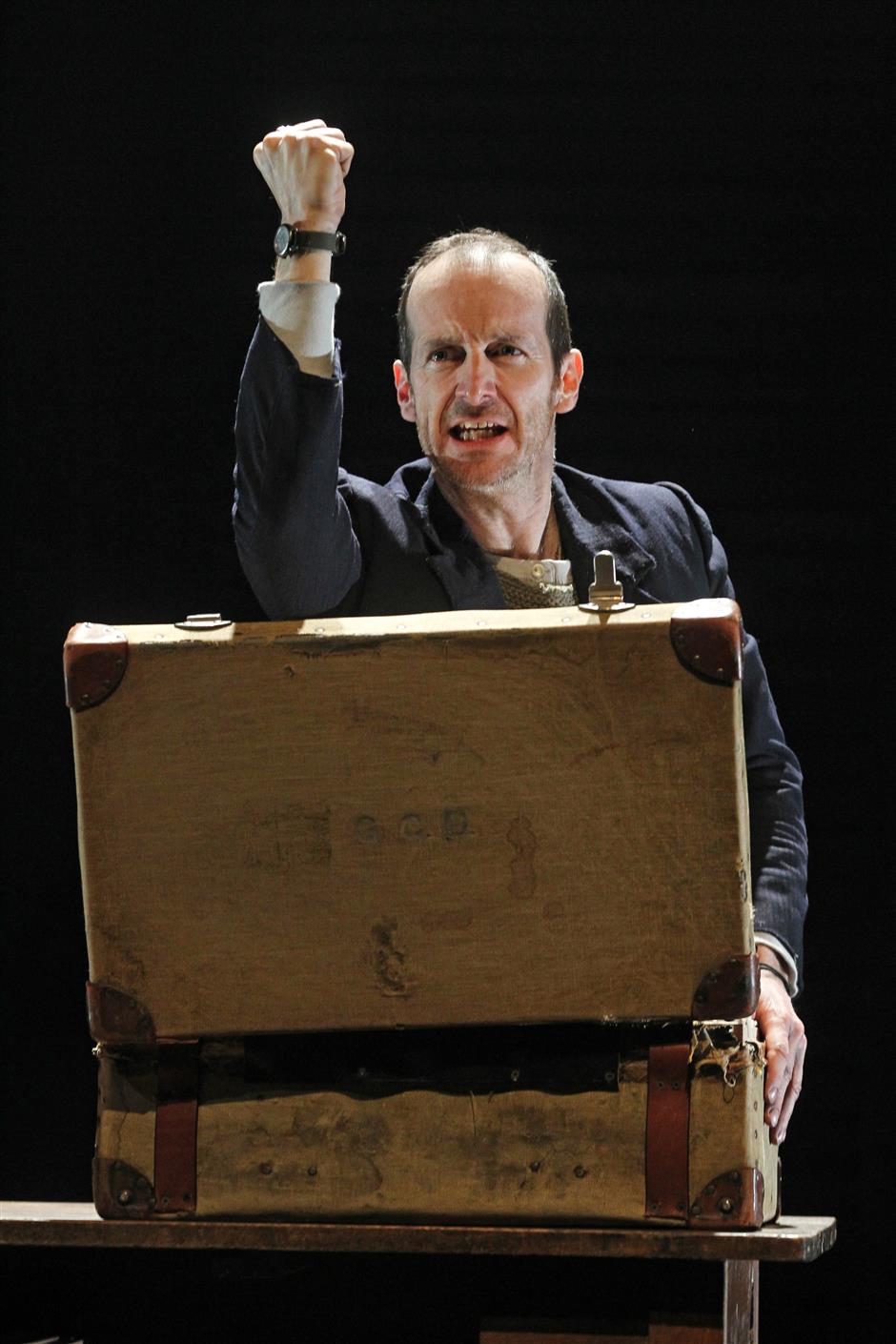 Many of the Chinese in the audience knew O’Hare from his TV appearances such as King Russell Edgington in “True Blood” and Judge Abernathy in “The Good Wife.” The actor has also appeared numerous times on Broadway in pieces such as “Inherit The Wind,” “Sweet Charity” (Drama Desk Award), “Assassins” (Tony nomination) and “Take Me Out” (Tony, Drama Desk awards).

“For any actor, acting in the theater is the most challenging, the most consuming and the most rewarding. It uses most aspects of your ability,” said O’Hare about a difference between theater and TV, “I find that oftentimes TV and film actors cannot go to theater. They don’t have the ability or the training, whereas theater actors can usually figure out how to navigate theater and TV. They are different, but they can figure it out because we have training. And if you’re a trained person, I think you want to be doing the thing that is the most use of your abilities.”