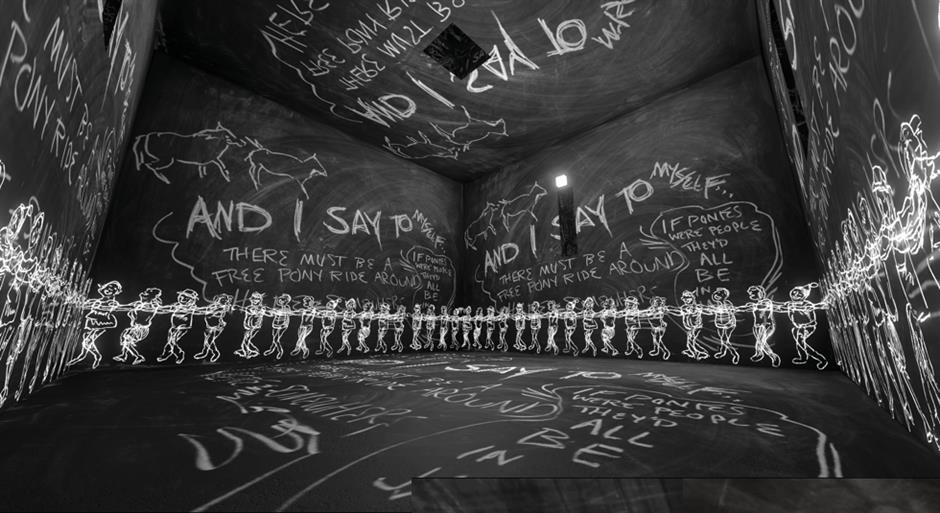 It premiered in 2017 at the 74th Venice International Film Festival, where it won the Best VR Experience Award. Two years later, “Chalkroom” was curated by Paolo Moretti, delegate general of Cannes Directors’ Fortnight, and it also received invitations from international art festivals in Italy, Sweden and the UK.

Now “Chalkroom” has come to Shanghai.

Walking through these rooms, visitors embark on a journey of exploration and discovery in a massive maze of memories.

A perfect blend of art and technology, “Chalkroom” is a combination of Anderson’s exquisite stage art and Huang’s humanistic interactive art, showcasing the two artists’ consistent narrative and visual aesthetics.

A mixture between the physical and virtual senses, the artwork brings a new array of sensory experiences.

It is said that both artists took their experiences of losing loved ones into the production of “Chalkroom” to discuss the fading of human consciousness.

The blackboard featured heavily in the piece is repeatedly erased, suggesting that memories are but the chalk dust clinging to the blackboard.

Born in 1947 in Chicago, Anderson, one of America’s most emblematic avant-garde artists from the late 1970s, is widely known for her multimedia and crossover artistic creations.

Having been professionally trained in art history and sculpture, Anderson works in music, dance, literature, composition, photography and filmmaking, heavily influencing modern art and culture in Europe and the United States since the 1980s.

She is NASA’s first artist-in-residence and also the first rock musician to join the ranks of performance artists.

Anderson’s creation of experimental music and spoken word adds to the mystique of “Chalkroom.”

Born in 1966 in Taipei, Huang is an influential new media artist who was professionally trained in art, design, video gaming and engineering. His past work, ranging from cinematography to mechanics and VR, puts into practice the notion that “technology allows art to become a part of man’s life experiences” in the context of culture and environment.

Huang was given the Muse Award by the American Association of Museums and awarded the inaugural grand prize of “New Voices, New Vision” by Interactive Media. 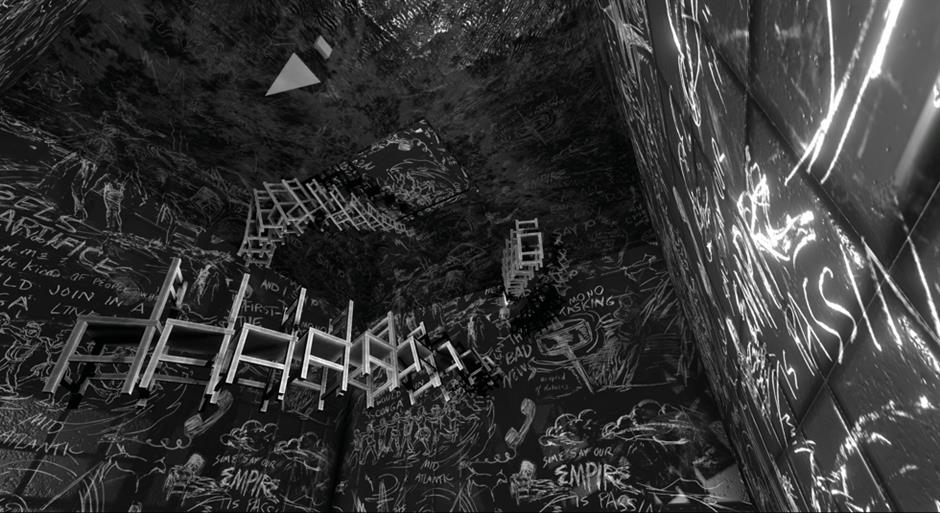