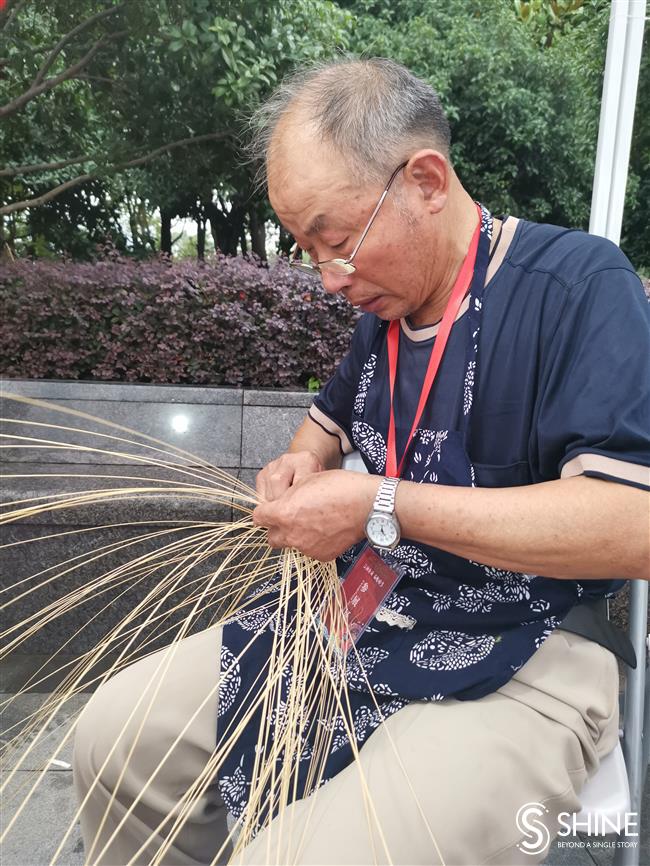 In an effort to build a platform for local artisans and promote traditional crafts such as bamboo weaving and embroidery, Hangzhou government is hosting a temple fair at City Balcony from Tuesday to Thursday.

Visitors to the event can see artisans produce about 30 different traditional items. Under their skilled hands, raw materials are turned into vivid and sophisticated creations.

Shao Guanxing, 63, is an “inheritor” of Hangluo silk weaving, which is listed as an intangible cultural heritage object by UNESCO.

“The weaving techniques of Hangluo differ from ordinary silk. That is why traditional Hangluo product is more popular with customers,” Shao told Shanghai Daily.

Today, Shao’s factory is the last remaining producer of Hangluo silk. He has also applied digital printing technology to silk production and cashes in on e-commerce by selling his silk online.

Nowadays, more and more companies purchase his wares as souvenirs and gifts for foreign guests, as his factory designs products themed on significant events like 2016 G20 Summit and 2022 Asia Games in Hangzhou. 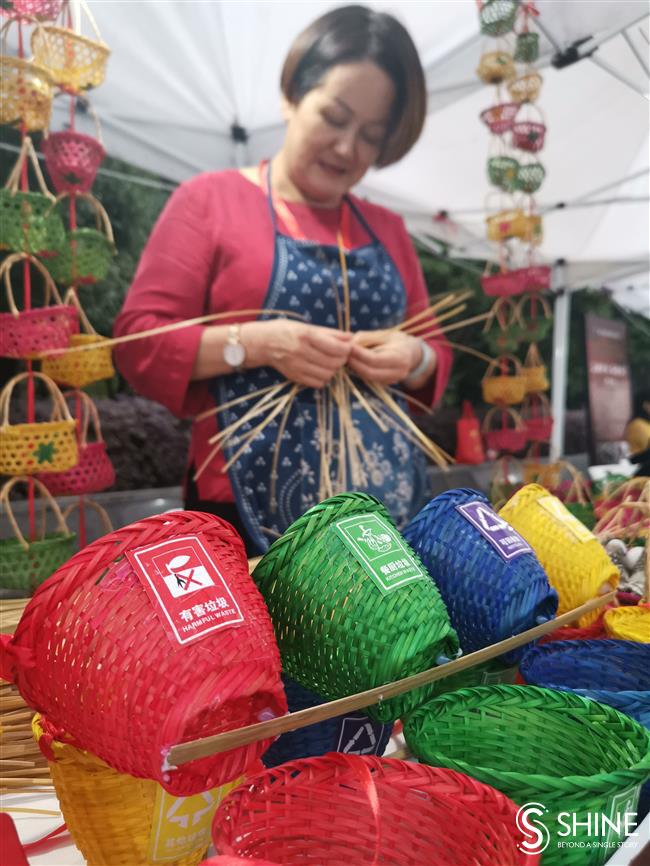 Cai Xue’an, 77, is the only Xixing lantern maker at the temple fair. His talent is considered an epitome of Hangzhou municipal-level craftsmanship.

“In recent years, the use of paper lanterns is growing mostly as decorations for festivals. The handmade lanterns are replacing electronic and plastic versions. In return, my business is experiencing an unexpected upturn,” Cai told Shanghai Daily.

Also at the temple fair, Shanghai Daily discovered some artisans jumping on the push toward trash-sorting.

Hong Liping and her siblings have woven bamboo baskets for half a century. Formerly, the family made a living on this craft. Now, they mainly teach their skills at local primary schools.

The family has created a series of small bamboo baskets with labels for kitchen garbage, recyclable rubbish and hazardous material. 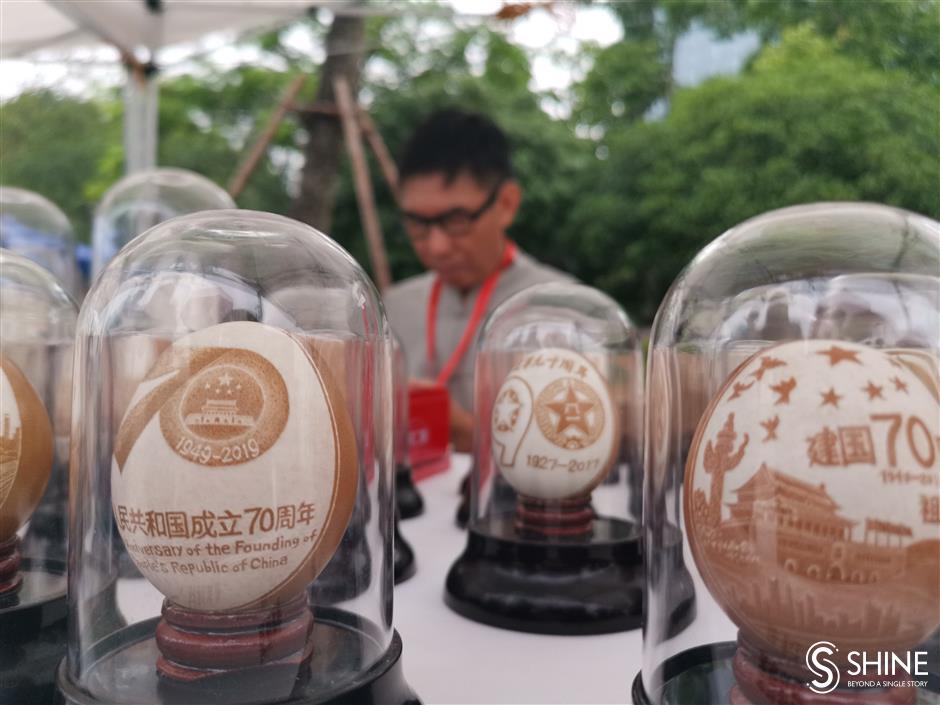 Eggshell carvings commemorating the 70th anniversary of the founding of the People's Republic of China are on display.