In art supplies, a horse of a different color

Marie’s is a 100-year-old national producer of artist colors found in schoolrooms across the country. It contributed many firsts to Chinese art: the first acrylic paints in China, the nation’s first domestically made water colors and the first wax crayons.

A museum and art gallery dedicated to the brand opened in May in a renovated former warehouse to commemorate the company’s centenary. Many of the first visitors were retired workers reliving the years they spent making the famous brand.

Zhang Yuguang and nine other artists, educators and entrepreneurs started the company in 1919. Oil painting and Western art were becoming more popular at the time. Many artists returning to China after studying abroad were disappointed to find no oil colors or other art supplies widely available on the market.

Zhang and his colleagues founded Marie’s to fill that gap. They chose the character ma (马) in the name, which means “horse” and has 10 strokes representing the 10 founders. 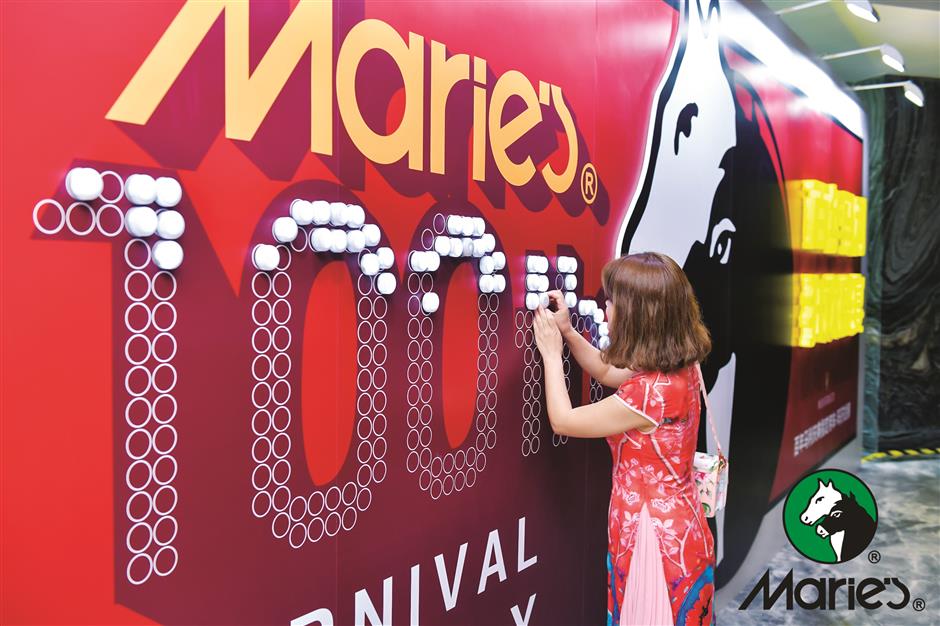 A guest fills out the 100 buttons on a wall at Marie's centenary party earlier this year.

Artists supported the brand with their works. By the 1950s, Marie’s was known as the Shanghai Artist Color Factory and was valued at 1.3 billion yuan (US$182.62 million in today’s exchange rates). That company later formed a joint venture with a Hong Kong company to form Shanghai SIIC Marie Painting Materials Co, China’s largest and oldest artist colors company.

Chen Yifei (1946-2005), one of China’s best-known artists, once said, “The development of Marie’s is actually an indispensable part in China’s modern art history.”

Apart from water colors and oil paints, Marie’s also made improvements on the make-up paint used in traditional operas.

After China’s reform and opening-up policies were instituted in the late 1970s, foreign brands flooded into the untapped national market. Marie’s faced new challenges from London-based Winsor & Newton and other foreign brands.

Winsor & Newton’s attempt to take over Marie’s was rejected by the management board because it would have meant losing the brand's name. 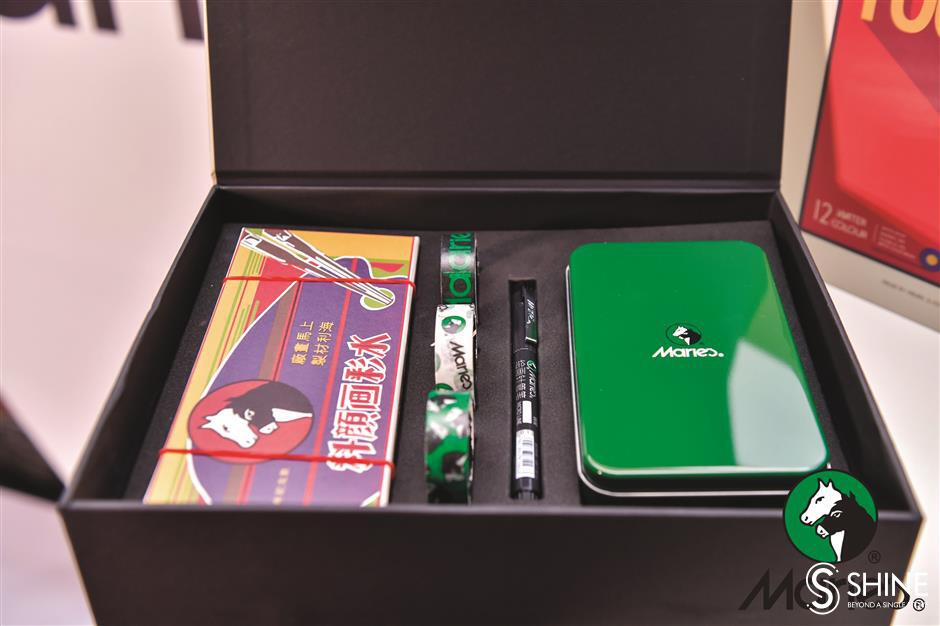 “At the meeting, the CEO said that the wolf had arrived at the door,” said Zhen Yao, deputy manager of SIIC Marie Painting. “Winsor & Newton was our biggest competitor.”

Huang Zhen, late Minister of Culture, wrote a letter to then Shanghai Mayor Jiang Zemin to say that Marie’s factory was required to turn 95 percent of its revenue over to the government, which hampered its development capability.

Marie’s began investing time and money on innovation to improve its products. With more exposure to international standards, the brand improved its packaging to facilitate export. The brand became popular through East Asia and is expanding in Europe and the US.

Marie’s logo — the heads of a white horse and a black horse — evokes nostalgia among many Chinese living abroad.

“We bumped into many Chinese art teachers using our brand when in Australia,” said Zhen. “I was surprised at the time because we weren’t selling products in Australia. One teacher told us she had brought them with her from China

Marie provides customized services for artists but focuses on students’ needs as well. The company has set up scholarships in academies like the Repin Academy of Fine Arts in St Petersburg.

“When students see their teachers using Marie’s, it’s a free advertisement for the brand,” Zhen said. “Students will be inclined to use the products as well.”

The brand’s development has relied heavily on feedback from users. When the factory was testing cyan for Chinese painting, artists gave their opinions on

how intense the color should be.

“Several generations of Chinese artists have shown their preference for Marie’s paints, and Marie’s always respects each of them,” said Xu Wenfu, general manager at SIIC Marie Painting Materials.

Due to its enduring close ties with artists, Marie’s owns 197 paintings in its private collection, including works from famed artists such as Liu Haisu,

Lin Fengmian and Zhu Dequn. The Fine Art School Afflicted to the China Central Academy of Fine Arts held the first exhibition of the collection, entitled “A Master Starts From Here.”

“Marie’s is upgrading from manufacturing to cultural innovation,” said Zhen.

“We always stress that Marie’s is not an old brand but rather a classic brand. We have 100 years of glory behind us and we intend to keep the brand alive for the next hundred years.”