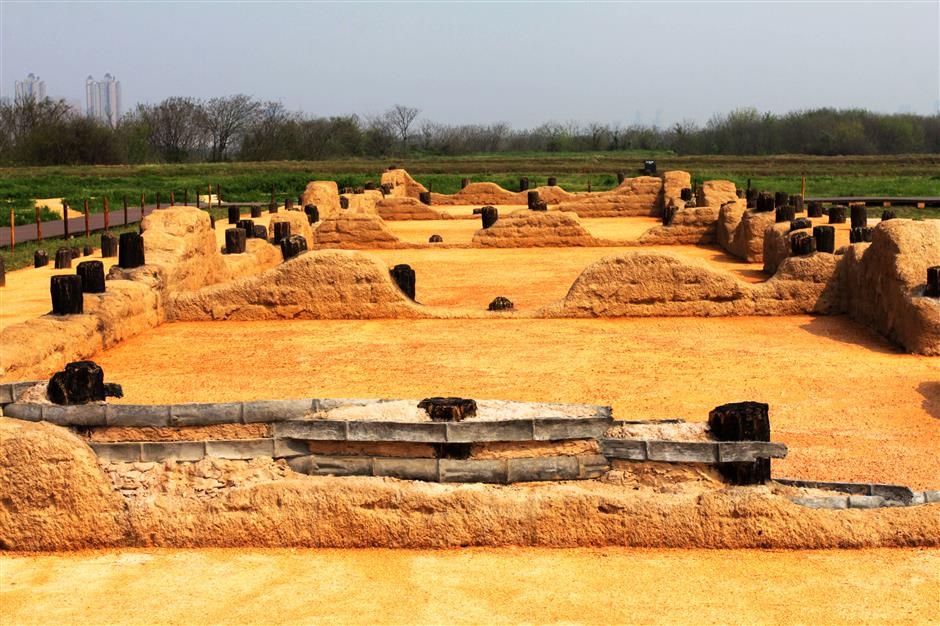 Sited along the middle reaches of the Yangtze River in Wuhan, Hubei Province, the Panlongcheng ruins, identified as an early Shang Dynasty (1600-1046 BC) city from 3,500 years ago, has been found to contain many rich relics within a distinct layout. As is the largest excavated Erligang site, it shows the southernmost reach of the Erligang culture — a Bronze Age urban civilization and archeological culture in China that existed from approximately 1510 to 1460 BC — at its peak.

Covering an area of 75,400 square meters, the city-site had a palace complex, residential areas, graveyard and manual workshop zones.

The prosperous urban area, a city prototype that evolved from tribal origins, indicates the ancient dynasty’s political reach had enlarged from north China to the south along the Yangtze River.

In the 12th century BC, the 23rd generation King Wuding of Shang conquered the Panlongcheng after a fierce battle.

It then became a place for his short stays in the south to handle his affairs. But Shang’s ambitious march to the south was stopped after Wuding and the dynasty decayed quickly.

The city existed for only 200 years and was buried into the dust of history. It was brought back to daylight during a flood prevention project in 1954. Later excavations over several decades revealed the ancient walled-town, palace foundations, tombs of nobles, storage pits and hundreds of bronze ware, jade objects, pottery, stone tools and bone artifacts.

The ancient city-site’s three main compounds were found to be palaces in the northeast, aligned in parallel, all facing the southwest.

One compound that has been excavated is 12.3 meters wide with four rooms and a winding corridor. Its doors were all open to the south. Together with the nearby palace in the south, they formed a traditional Chinese architecture layout of “the royal court in the front and the bedchamber in the rear.” 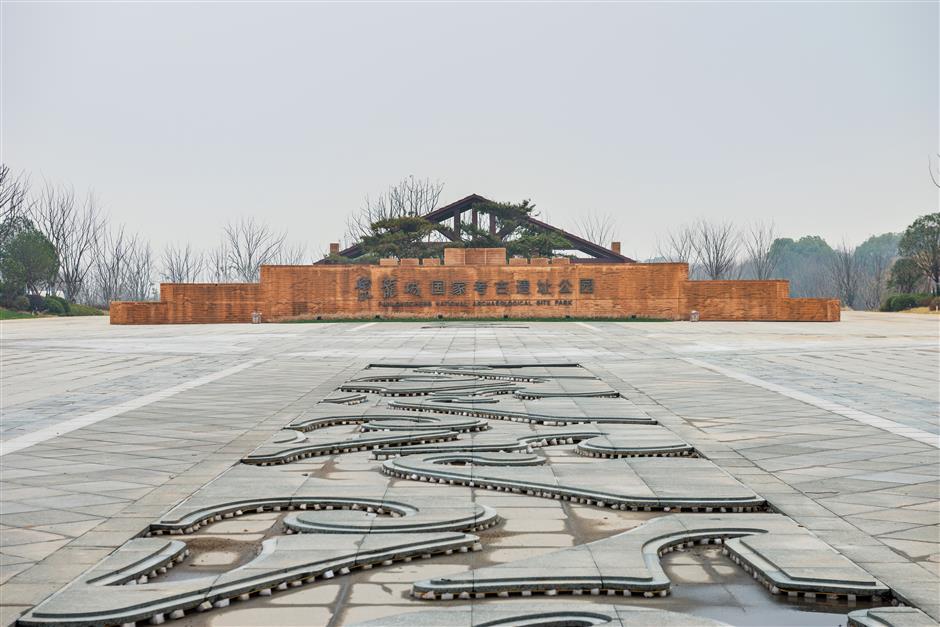 The Museum of Panlongcheng Ruins opened to the public in January this year.

In 2014 when archeologists were clearing the palace compounds, they unearthed a stone-laid drain.

The stones were not processed and no adhesives were used to put them together. It was the first time that a drainage system of Shang had been uncovered.

More than 30 graveyards are scattered around the ancient city.

Judging by their sizes and interior designs, the tombs demonstrate distinct hierarchies.

Four tombs, which have been studied, belonged to high-ranking nobles as they were all buried in exquisitely carved and painted coffins, along with beautiful bronzes, pottery and jade ware, as well as sacrificial humans.

The other nobilities’ tombs were much smaller with bronze weapons, tools and simple pottery, while a civilian’s tomb was no larger than one square meter with only a plain coffin.

In the city’s west, archeologists uncovered a large-scale bronze ware workshop, where stone molds to make bronze tools were discovered.

It clearly shows Shang people had mastered bronze-making techniques, but more importantly, the city used to be a key military stronghold in the dynasty’s expansion to the southern territory.

In 2007, a 66-centimeter-long ivory was found in an aristocratic tomb, which provides as an interesting object for research on the presence of elephants in the ancient times in the middle reaches of the Yangtze River.

One pair is preserved intact with a turquoise body and gold eyes, eyebrows and teeth.

Turquoise dragon pieces have been found before in Henan Province, but not with gold.

The Museum of Panlongcheng Ruins opened to the public in January this year.