The original Chinese musical “National Anthem” will be staged at Shanghai Oriental Art Center on Friday and Saturday as a tribute to the 70th anniversary of the founding of the People’s Republic of China.

The musical, produced and presented by Shanghai Opera House, tells the story behind the birth of “March of the Volunteers,” China’s national anthem.

The plot starts with composer Nie Er's friendship with poet and playwright Tian Han. The two worked together on the historic song, which appealed to the Chinese people for patriotism and community spirit to protect the motherland.

“National Anthem,” previously known as “Great Wall of Flesh and Blood,” premiered in Shanghai back in 2011 to mark the 90th birthday of the Communist Party of China. It changed its name in 2013 when it was performed at the closing ceremony of the Shanghai International Arts Festival.

It has been performed for more than 150 times in some 20 cities in China and abroad since then. Over the years, producers have been constantly making changes according to audience feedback.

“We have kept improving the work over the past nine years to make it truly appealing to the audience and to arouse their adoration and respect toward the national anthem,” said Shanghai Opera House Vice Director Li Ruixiang, who is also the composer and playwright of the musical.

The performance serves as part of the 2019 Pudong Festival of Culture and Art, which started on Monday. 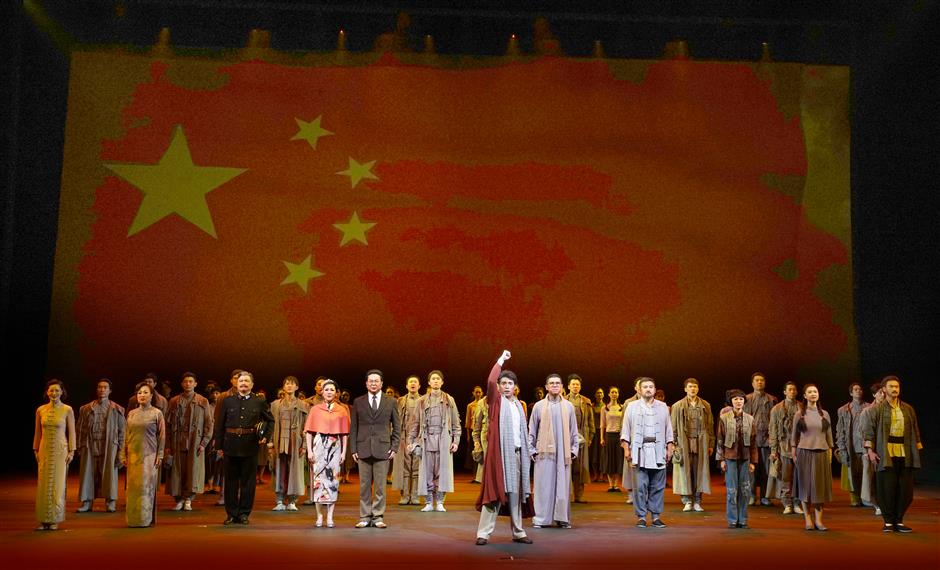