Tale of three cities and 40 tombs

Capital Cities and Tombs of the Ancient Goguryeo Kingdom is a UNESCO World Heritage Site which includes a number of archeological sites in Ji’an, Jilin Province and Huanren, Liaoning Province in northeast China.

The remains of a medieval Korean Kingdom, Goguryeo, in the northeastern China, reveal much of how an ancient kingdom was able to conquer most of the Korean Peninsula.

The Capital Cities and Tombs of the Ancient Goguryeo Kingdom, located in the provinces of Jilin and Liaoning, dates back to the 7th century BC.

Now a UNESCO heritage site, it contains archeological remnants of three fortress cities: Wunu Mountain City is located in present-day Liaoning Province, while the other two cities, Guonei and Wandu Mountain cities, are located in today’s Ji’an, Jilin Province. Furthermore, nearly 7,000 Goguryeo tombs are located in the site as well.

The Goguryeo Kingdom used to rule part of northeast China and the northern part of the Korean Peninsula from 37 BC to AD 668.

The Goguryeo Kingdom was established when King Dongmyeong, famously known as Jumong, founded its capital after defeating foreign invasions.

Together with Silla and Baekje, Goguryeo was part of the “Three Kingdoms of Korea” era (57 BC-AD 668) that fought for control of the Korean Peninsula.

At its peak, Goguryeo controlled three-fourths of the Korean Peninsula, almost all of Manchuria (today’s northeast China), parts of far east Russia and parts of Mongolia after years of power struggles with Silla and Baekje.

The Goguryeo tombs survived the test of time, compared to its surrounding external building structures, to provide hindsight to the architectural style and art of ancient Korea.

Among nearly 7,000 Goguryeo tombs, 40 of them — identified as tombs of the imperial or noble families — are located in Ji’an, Jilin Province.

The earlier tombs took the form of stone cairns and later ones were made of river cobbles.

Around the 4th century, tombs were built in square shapes and placed inside pyramids made up of cut stone blocks. Later, tombs took the form of huge earth mounds with rectangular bases.

The earth mounds were made of lime and small pebbles for stability, and additional stones and clay were mixed with lime and charcoal to act as a waterproof layer over the inner stone chamber.

The many layers helped to protect the murals inside the tombs, allowing them to survive the test of time.

The tomb murals serve as testament to people’s artistic endeavours that dates back to ancient Korea.

Goguryeo tombs have murals on the stone chamber walls or applied over lime plaster.

Bright colors and flowing outlines are distinct features of Goguryeo paintings. Strong Buddhist and Chinese influences can be found in Goguryeo art.

Paintings of Chinese constellations and lotus flowers can be found on the ceilings and roof corbels of the tombs.

Buddhism was very prominent in Goguryeo’s culture. It was first introduced to Goguryeo in AD 372. The government recognized and encouraged the teachings of Buddhism and made it the state’s official religion.

As seen in Goguryeo’s distinctive art and architectural style, the relationship between Goguryeo and China had deeply intertwined over the years.

Despite having a strained relationship with China for hundreds of years, Goguryeo still exported gold, silver, pearls and textiles to China, while China sent weapons, silk and writing materials in return. In the later years, Goguryeo eventually adopted the Chinese writing system, Wu Zhu coins, Chinese poetry style and architectural elements as seen in the building structures of the three fortress cities: Wunu Mountain, Guonei, and Wandu Mountain. 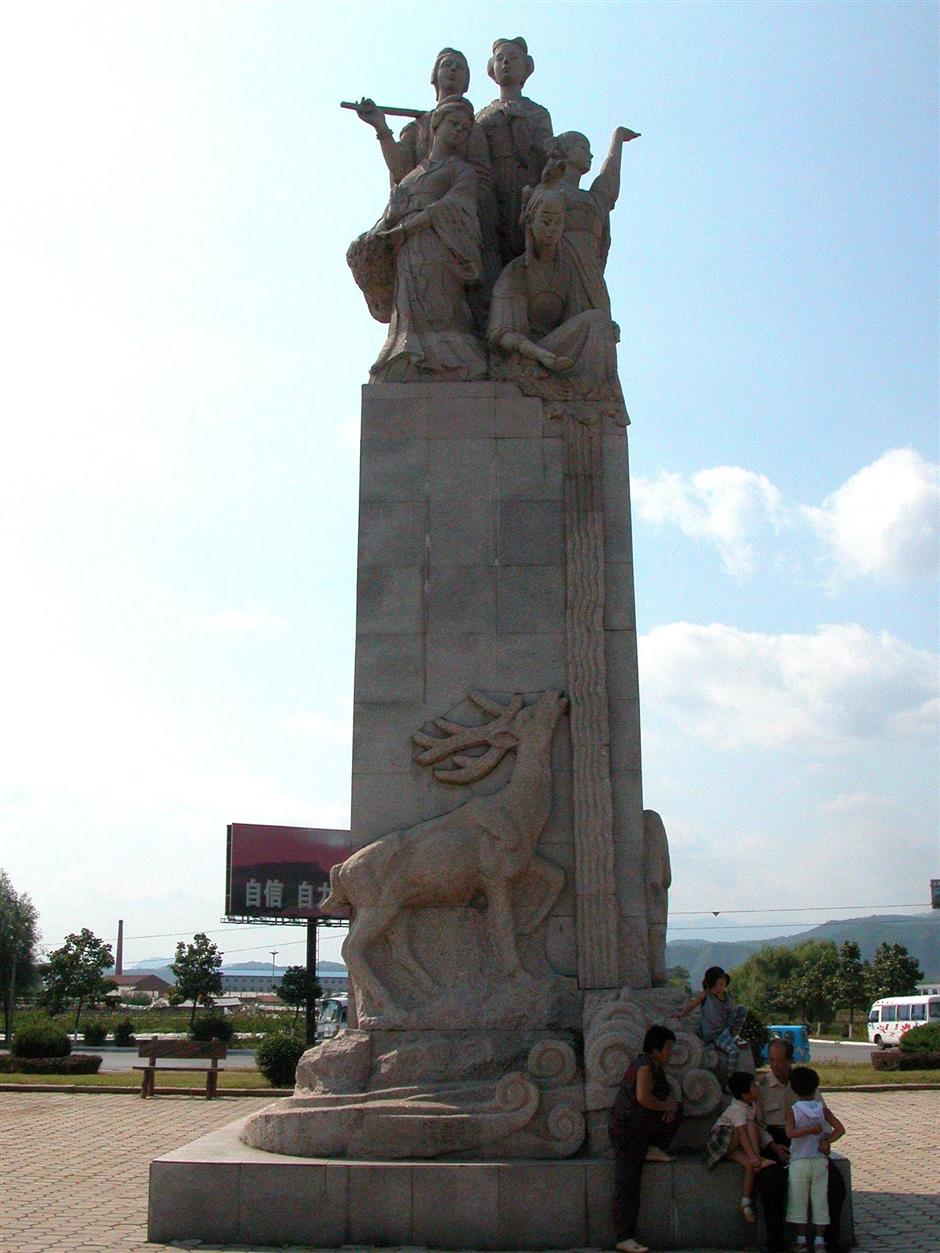 The three cities used to serve as Goguryeo’s capitals during the early to middle periods. Wunu Mountain City was considered the birthplace of the Goguryeo civilization and served as its first capital city.

Wunu Mountain City had elements of an impenetrable fortress with a defensive wall with infrastructures including residential buildings, barns, barracks, watchhouses and belvederes.

The fortress city could quarter its inhabitants and survive the bitter cold winter for long periods.

Guonei and Wandu Mountain cities served as capital cities for Goguryeo as well.

Eventually, the state moved its capital to Pyongyang in AD 427 under the reign of Jangsu, the 20th monarch of the Goguryeo Kingdom.

Pyongyang was considered a more suitable region to evolve a kingdom into a metropolitan capital.

Surviving the ravages of time, the capital cities and tombs are physical testaments to Goguryeo’s bygone ancient civilization. They also showcase the city’s advanced planning strategies and techniques that shared influence with various other cultures.

The fortress cities revealed an exquisite example of human architectural advancement — combining nature’s elements, such as rocks, mountains, forests and rivers to create a fortress city that many later dynasties and civilizations would go on to emulate.