Artist's labyrinth of androgyny and polymorphism

With multiple awards, such as the Pérez Prize (2019) and the Rema Hort Mann Foundation Emerging Artist Grant (2017) under her belt, Quarles is presenting her latest artworks in Shanghai — her first foray into the Chinese art scene.

The exhibition is presenting five medium-sized paintings that feature distinctive polymorphous figurations of androgynous bodies with limbs tangled in a labyrinth of flesh. Decorative motifs such as plaids, florals, checkerboard and lattice — markers of femininity and domesticity, form the background of her paintings against the contorted figures.

As a biracial individual, Quarles often draws inspiration from her personal experiences of mistaken or assumed identity. Her paintings often allude to contradictions and a multiplicity of identities, appearances and perspectives. 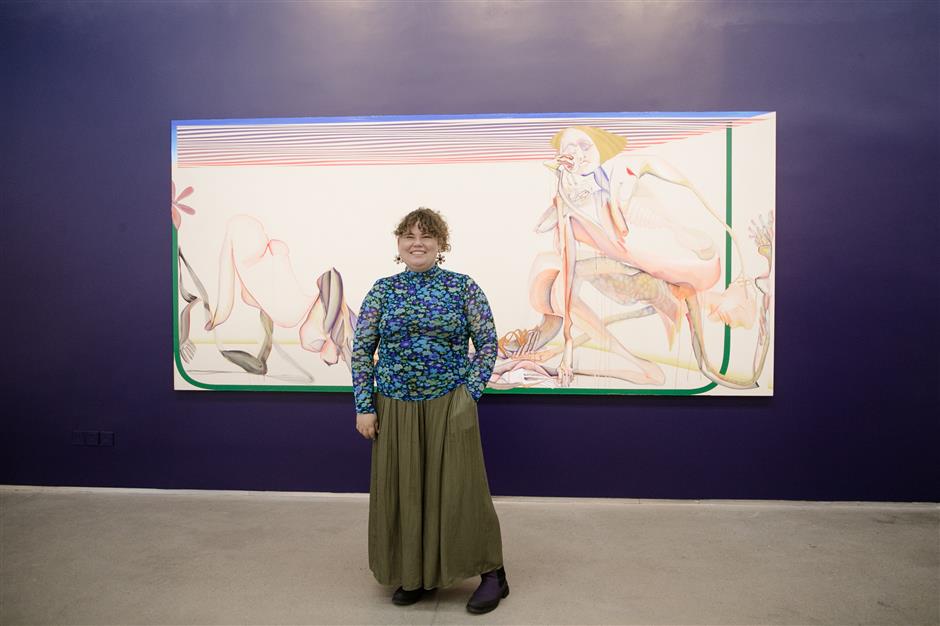 Los Angeles-based artist Christina Quarles is presenting her latest artworks in Shanghai — her first foray into the Chinese art scene.

The 34-year-old’s works are often dominated with blurring boundaries and broken bodies. Quarles revealed she wants to express the turmoil of living in a disorganised body or what she calls a “state of excess” in identities that resist representation. Unfortunately, an individual is often forced to fragment their own identities in order to fit into society’s labels.

The figures in her artworks often burst forth from partial abstraction that defies the physical and spatial limitations of the human form thus creating an alternative space or what Quarles described as an “otherworldly” effect.

Another distinct feature of her artworks are her figures’ skin-tones. They range from hues of orangey-pink and yellow to shades of blue and black. The facial features of the figures are often left obscured and expressions are ambiguous.

Her deliberate use of vagueness and ambiguity lies in how there is “lack of information” yet “so much information that it starts to contradict itself and fall apart.”

Quarles is also inspired by other forms of art such as literature, poetry and music. Inspiration can come from many places, ranging from high brow works such as famous African-American female writer Audre Lorde to pop culture like Chance the Rapper or Kanye West.

In collaboration with Regen Projects, Quarles’ eye-popping and socially charged artworks is on display at Pond Society and will run till January 15. 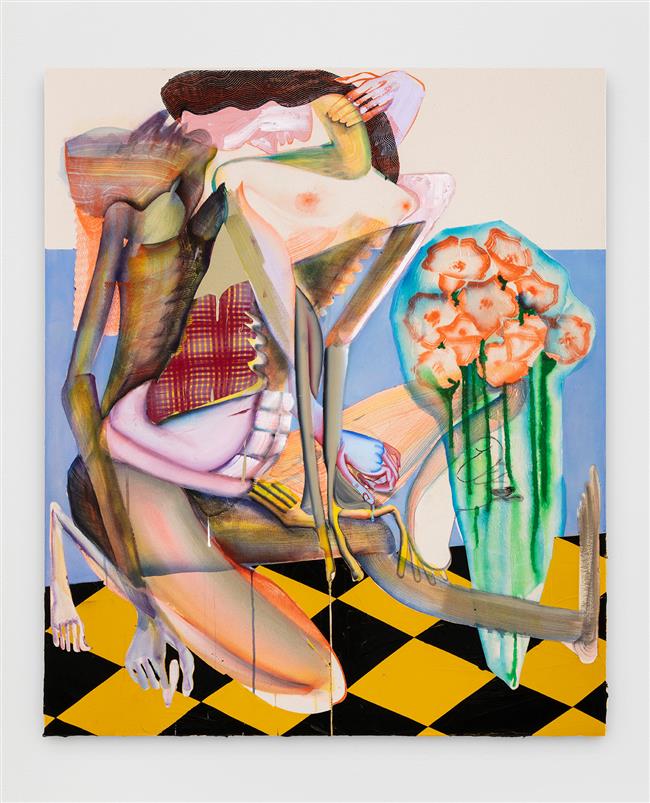