Saying 'this is my book' in exquisite style

The Gumei Art Center has started a class for children on how to make bookplates, the decorative, often elaborate motif labels that identify a book owner.

Jin Dapeng, 64, who teaches the class, is an Minhang expert on both collecting and making bookplates.

A former student of engraving at the China Academy of Art, he said bookplates are a form of engraving. They are similar to bookmarks, but much more valuable because they are usually handcrafted in limited numbers. 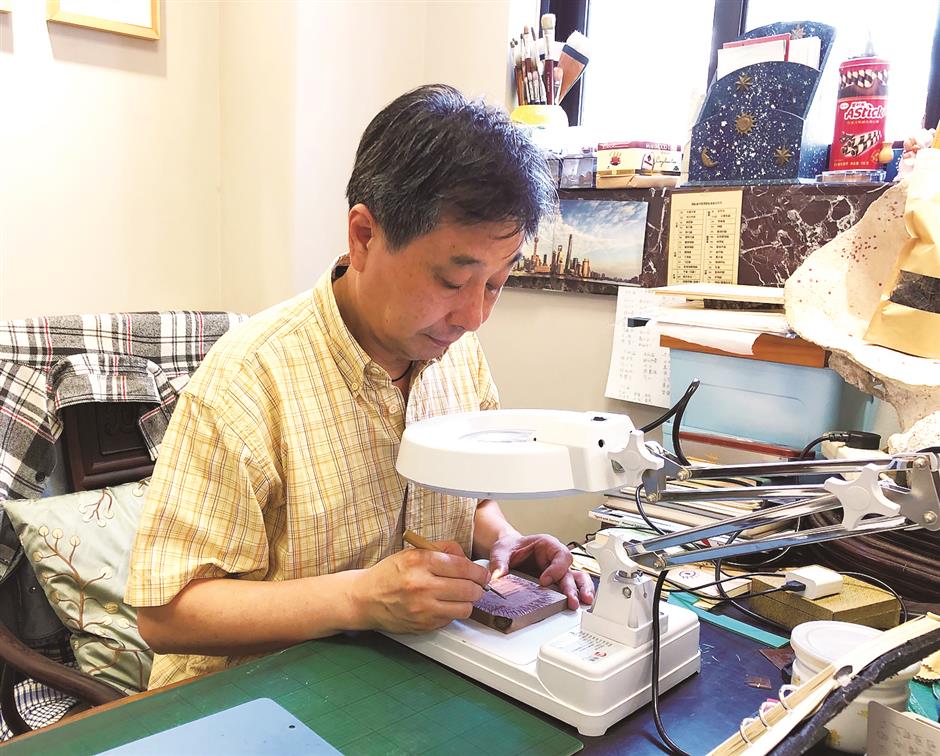 Jin Dapeng works on a new creation of bookplate at his workshop.

At first, bookplates were a hobby for Jin, but they quickly became a passion. He even created a workshop devoted to making bookplates.

Four steps are required: design, woodblock printing, rubbing and a signature. It may sound easy but it takes a lot of time and patience.

After completion, Jin numbers the bookplates and collects them in a folder to show his friends or professional collectors.

The price of a quality bookplate can vary from several hundred to several thousand yuan, or even higher. However, making money is not Jin’s aim. Rather, he wants to promote this traditional skill.

Last year, a student named Asiguli from the Xinjiang Uygur Autonomous Region in China’s northwest, contacted Jin and expressed her desire to learn to make bookplates during summer vacation.

“It never occurred to me that someone would fly thousands of kilometers from Urumqi to Shanghai just to learn how to make bookplates,” said Jin with obvious pride.

One of Asiguli’s bookplates went on display at the Plum Cup, a Shanghai exhibition exclusively for bookplates.

“We exchanged ideas,” Jin said. “Asiguli learned how to make bookplates, and I got to know the customs of Xinjiang and the Uygur culture from her.”

Two months later, Asiguli returned home with a skill not common in her home region, while Jin made the first bookplate with Uygur motifs, including a Uygur man beating a drum and a man playing the tanbur, a traditional Uygur musical instrument.

“Most people in Xinjiang can paint in oil, and some can do engraving, but maybe only Asiguli can make bookplates,” Jin said. 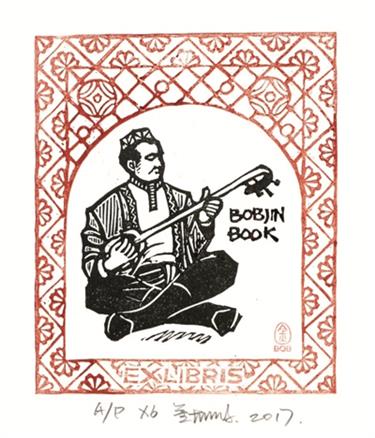 The bookplate features a man playing the tanbur, a traditional Uygur musical instrument.

Several years ago, he was invited to create an embossed ornamentation to be attached to a wall at the entrance of the Shanghai No. 6 People’s Hospital’s medical devices department, where people go for artificial limbs.

Jin created a piece featuring Oscar Pistorius, the blade runner who was a professional sprinter after suffering from below-knee amputations. He also made a bookplate featuring a person with artificial limbs running in the lane.

Celebrities notwithstanding, Jin often portrays ordinary people, including his own daughter, in bookplate motifs. In one, he captured her sleeping at her study desk late in the night, with a pencil still in her hand. 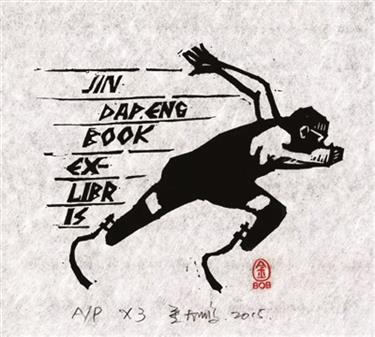 Jin made a bookplate featuring a person with artificial limbs running in the lane. 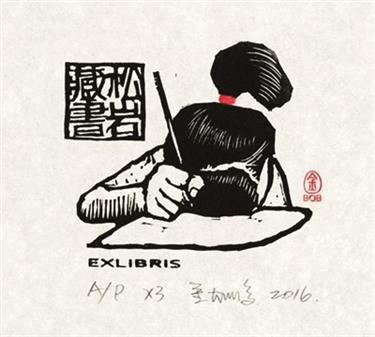 Jin captured her daughter sleeping at her study desk late in the night, with a pencil still in her hand.

Jin gives lessons in bookplates at bookstores, and they have proven quite popular with children. Last summer, he held an exhibition of bookplates in the Lujiazui area of the Pudong New Area, where he talked about the history of the craft.

More recently, he held an exhibition at the Popular Bookmall Gumei outlet in Minhang, which attracted many young people.

Children attending his class also get lessons in traditional rubbing techniques and make their own bookplates.

Every year, Jin tries to make one bookplate featuring the 12 Chinese zodiac signs. He said he is certain this collection will become the highlight of his workshop.

“Innovation is of great importance,” he said. “I will inject some modern and trendy elements into bookplates in an attempt to promote this craft to contemporary society.”