The awards ceremony for the Unlimited Brush, a special event during the 21st Shanghai International Arts Festival, was held in Wisdom Bay in Baoshan District on Saturday.

During the arts festival, which ended on November 17, four groups of 450 young painters led by four artists added charm to corners of Shanghai, including Wisdom Bay, Grand Gateway 66 in Xuhui District, Oriental Fisherman’s Wharf in Yangpu District and M50 in Putuo District.

The participants displayed their work and shared their special art experience at the awards ceremony.

Peng encouraged the children to paint whatever they wanted and added finishing touches.

“I wanted to inspire their confidence and enthusiasm in arts through the activity,” Peng said. 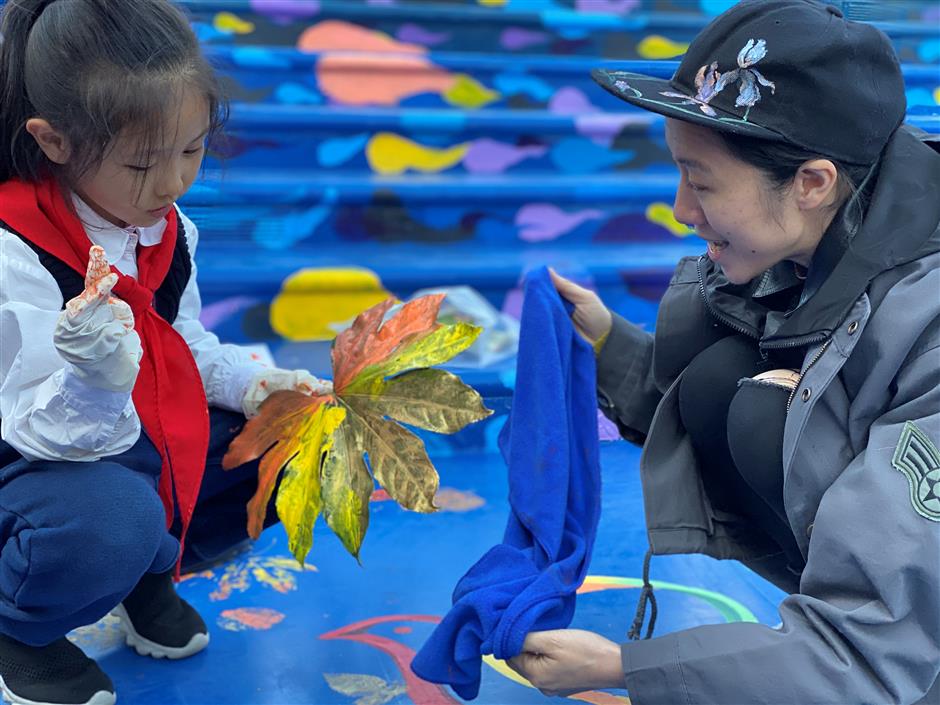 Zhuang Jing’s team uses various materials such as leaves and clothes to paint.

At the Oriental Fisherman’s Wharf, Zhuang Jing’s team gave the grand staircase a new look. They created an ocean with many colorful fishes swimming freely.

“We did research and found the site was very big,” said Zhuang. “We didn’t want to make this creation become exhausting so we adopted various forms of painting, for example, using clothes and leaves to draw pictures, which allowed children to experience the joy of painting.” 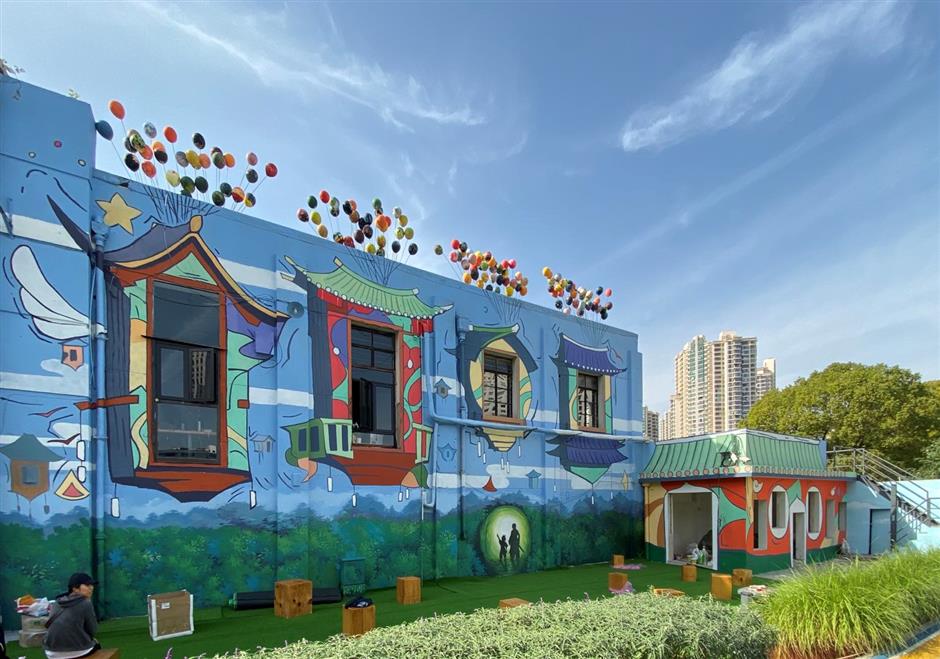 Shen Leping and his team created a "flying house." 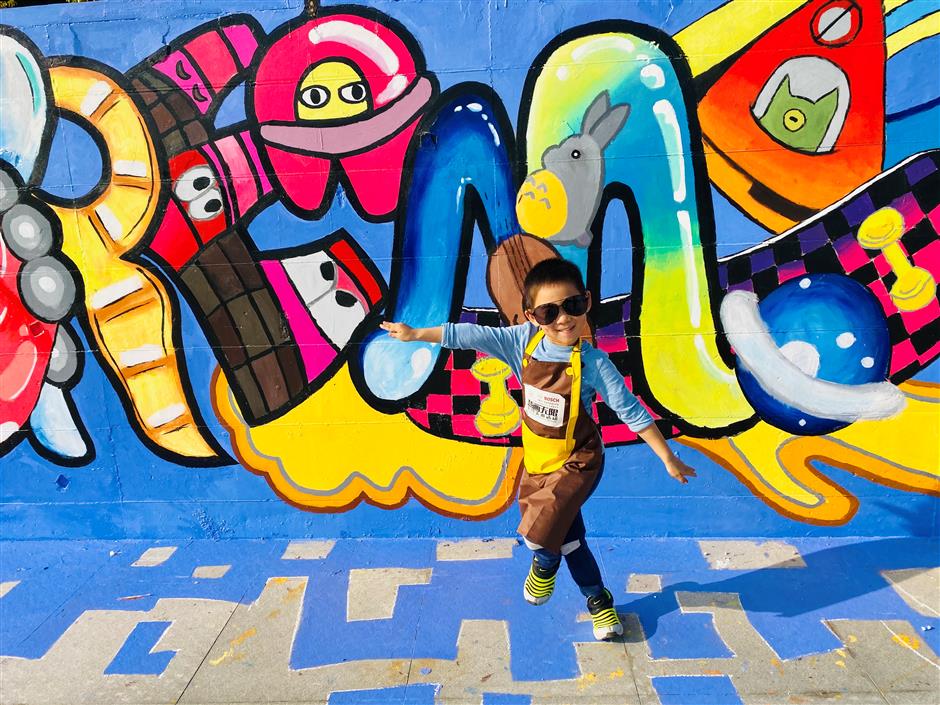 A boy dances in front of graffiti created by Shi Zheng's team.

Shi Zheng and his young team members covered the 120-meter flood control wall at Wisdom Bay with 12 pieces of graffiti depicting their expectation of the future.

The arts festival also organized a series of workshops. Among them, Japanese artist Yusuke Asai led students and adults to create an artwork featuring more than 10,000 patterns on the ground at the public space along the Huangpu River in Yangpu District.