'Your Spanish Suitcase' competition is just the ticket

The city’s Spanish-speaking community can get a chance to test their linguistic skills and knowledge at 12 Shanghai Metro stations, which feature distinguished characters from 12 countries where Spanish is an official language.

Titled “Your Spanish Suitcase,” the event, initiated by the Institute Cervantes in Shanghai and supported by Shanghai Metro and Shanghai Radio FM101.7, is promoting the history, cultural heritage and cuisine traditions of Spanish-speaking countries like Argentina, Chile, Cuba, Mexico and Colombia.

“We would like to invite you to embark on this charm tour from the cultures of the Spanish-speaking countries,” said Rafael Dezcallar, ambassador of Spain to China, at the opening ceremony yesterday at the People’s Square Station, a busy transfer hub of Metro Line 1, 2 and 8. 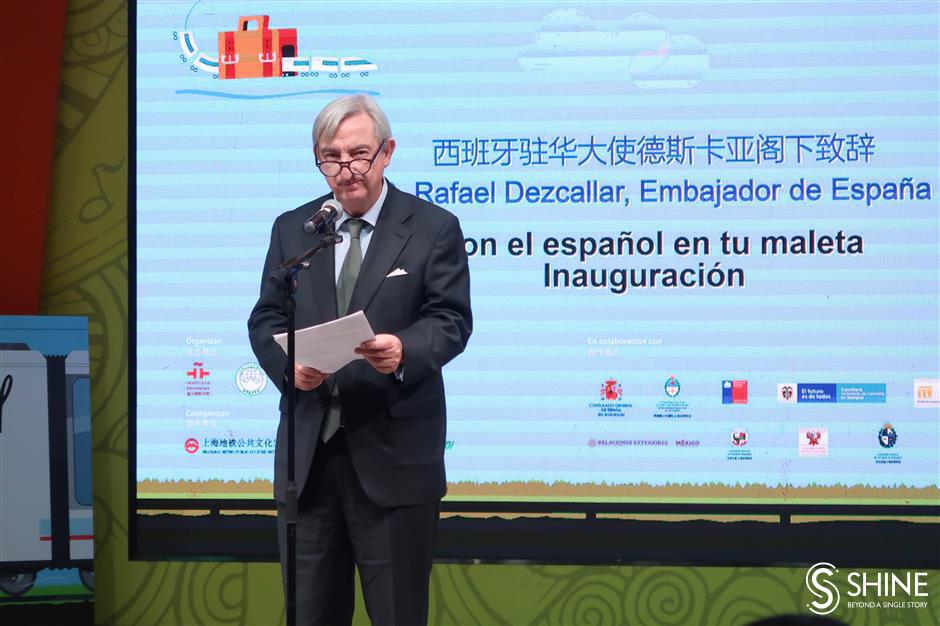 Rafael Dezcallar, ambassador of Spain to China, delivers a speech at the opening ceremony at the People’s Square Station.

As the official language of 21 countries in the world, Spanish has different accents and diverse expressions, and the absorption of a large number of foreign languages has made it a manifestation of cultural integration.

Spoken by nearly 600 million people worldwide, it is the second-largest international language and one of the five official languages of the United Nations.

Passengers who spot any of the suitcases in Metro stations can scan the QR code on the print and follow the instructions on how to win a special prize from one of the Spanish-speaking countries, such as a 60-hour free Spanish course from the CIIC-Institute Cervantes, a bottle of tequila from Mexico or a piece of amethyst jewelry from Uruguay.

Some of the prizes will be delivered directly to the lucky passengers from stalls from the Second China International Import Expo, which just wrapped up on November 10.

Those who visit every suitcase on the Metro lines before December 5 and scan the 13 QR codes via their mobile — two of them are at People’s Square Station — will get the chance to participate in a lucky draw party, where the top prize is a return ticket from Shanghai via Madrid to any of the Latin American countries (with effective date up to one year before November 2020) provided by Iberia Airlines.

So come along and try your luck even if you don’t know much Spanish. Most of the text for instructions is in Chinese. For others, you can always turn to your friends who speak Spanish or use a translation app via your mobile. 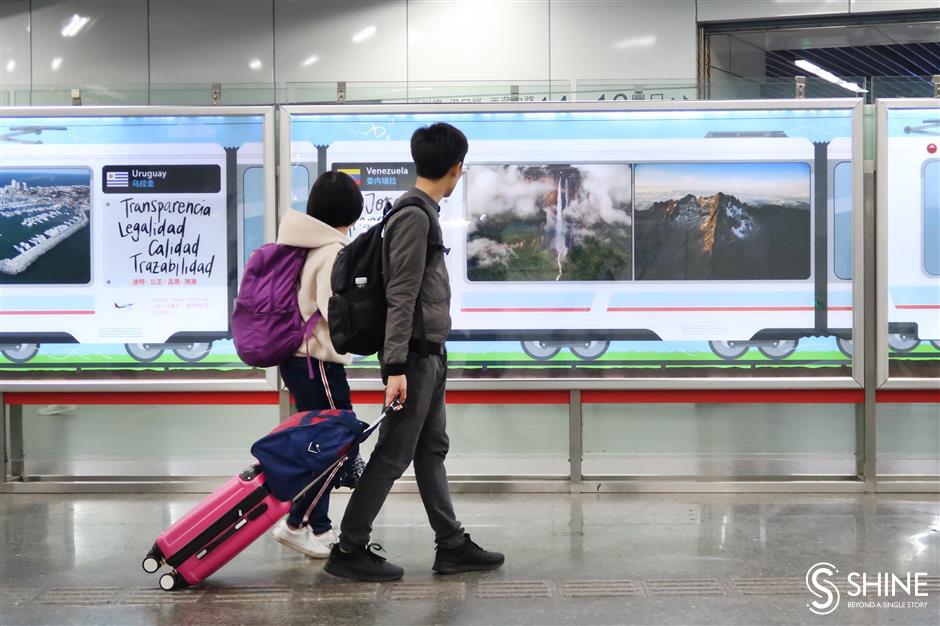 Shanghai Shentong Metro Group has issued a set of commemorative cards featuring the 12 Spanish-speaking countries. Each comes with 3 yuan (43 US cents) in stored value.