Some 50 examples of Wumen School literati paintings are now on display at the Wulin Pavilion of Zhejiang Museum through January 31. Visitors can learn about the solitary but idyllic life of China’s ancient scholars through the subtle strokes and shades of their artwork.

In their paintings, people can also be seen drinking tea, playing Chinese instruments or entertaining friends. Usually human figures only account for a small part of these paintings, highlighting man’s insignificance against nature and the painters’ detached attitude toward life. 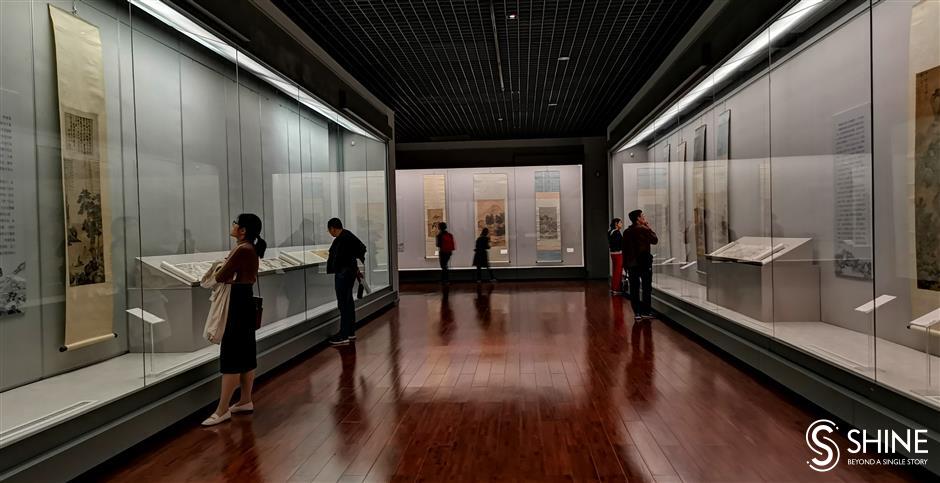 Visitors have a close look at some 50 examples of Wumen School literati paintings at the Wulin Pavilion of Zhejiang Museum. 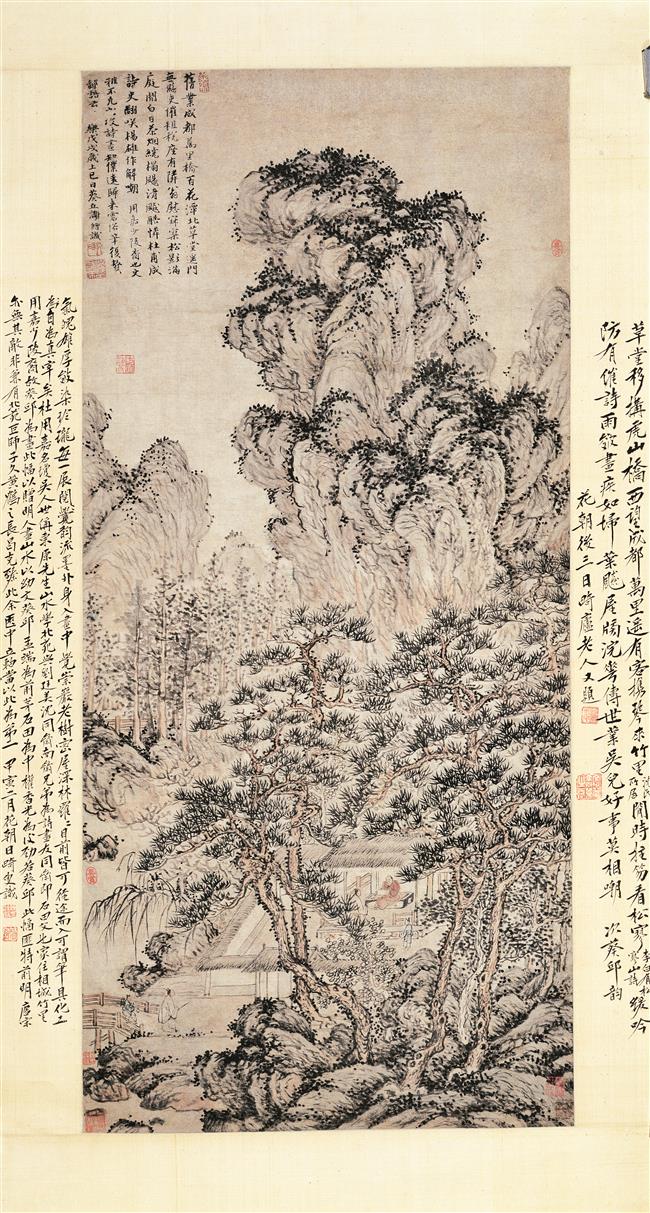 A piece of painting by Xie Jin

During the late Ming Dynasty (1368-1644), the Wumen School’s growing popularity coincided with the booming economy of Suzhou. The influence of this school eventually spread to other artists.

Today, such paintings are important sources for understanding the culture and worldview of China’s ancient scholar class.

During the Ming Dynasty, Suzhou was a hub for scholars who were attracted to the city’s cultural ambiance and vibrant lifestyle.

Du Qiong built his famous Dong Garden in the city, which became a popular rendezvous point for literati in the city. Over the years, the garden gradually developed into a setting for literati paintings. One such work, on display at the exhibition, comes from Xie Jin. Xie’s painting shows a pavilion covered by lush pines and set against a mountainous backdrop, while Du is seen drinking tea with a friend.

In paintings by Wang Hui, his garden is depicted with bamboos and beautifully eroded Taihu Lake stones. Wang’s garden was a refuge from life as a royal official, and his paintings reflect a longing for seclusion.

Some painters also used animals as metaphors. In Shen Zhou’s painting, a man sits under pines while a crane carries lingzhi (ganoderma) in its mouth.

In Chinese culture, the crane symbolizes longevity, while lingzhi is considered an immortal tonic that can nourish the body. Shen painted it as a birthday gift with hopes of longevity for friend.

Also at the exhibition, visitors can learn about ancient entertainment activities, such as cultivating bonsai and playing guqin.

Guqin, a plucked seven-string Chinese instrument, was popular among literati at ancient time. They played it for reflection and self-cultivation. It was considered an instrument of great subtlety and refinement.

In Ding Yunpeng’s painting, bonsais contain small pines, bamboos and plum trees. As symbols of winter and a harbinger of spring, they flourish in the snow, while most other plants are bare.