An exhibition featuring artworks created during the weeklong activity “Exhibition in Progress: The Zhangyuan Art Project” kicked off at Jing’an Art Center on Tuesday.

Running through January 16, the exhibition displays around 100 works. They were created by nine Shanghai-style painters, including Feng Yuan, Yu Xiaofu, Fang Shicong and Chen Yiming, as well as over 50 young artists and around 30 art students.

Through their works, visitors can glimpse old scenes of Zhangyuan, which dates back to 1872. The historical neighborhood in Jing’an District is known as “the first public space in modern China.” The antique furniture and old objects in the venue add a nostalgic atmosphere to the exhibition.

“It is such an honor to record the past and present Zhangyuan in painting, which shows our respect for history,” said Yu. 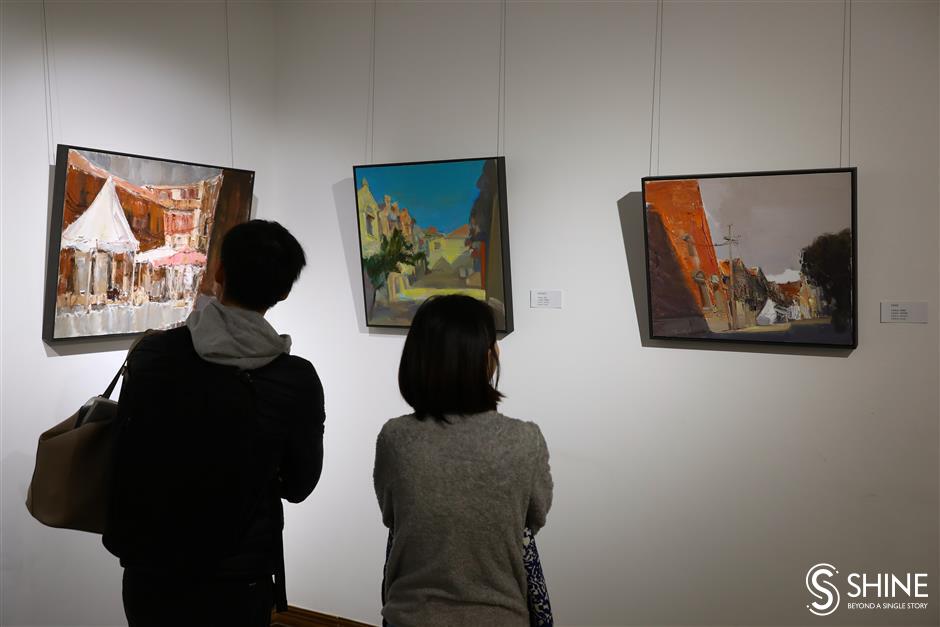 The exhibition gives visitors a glimpse of old scenes from Zhangyuan.