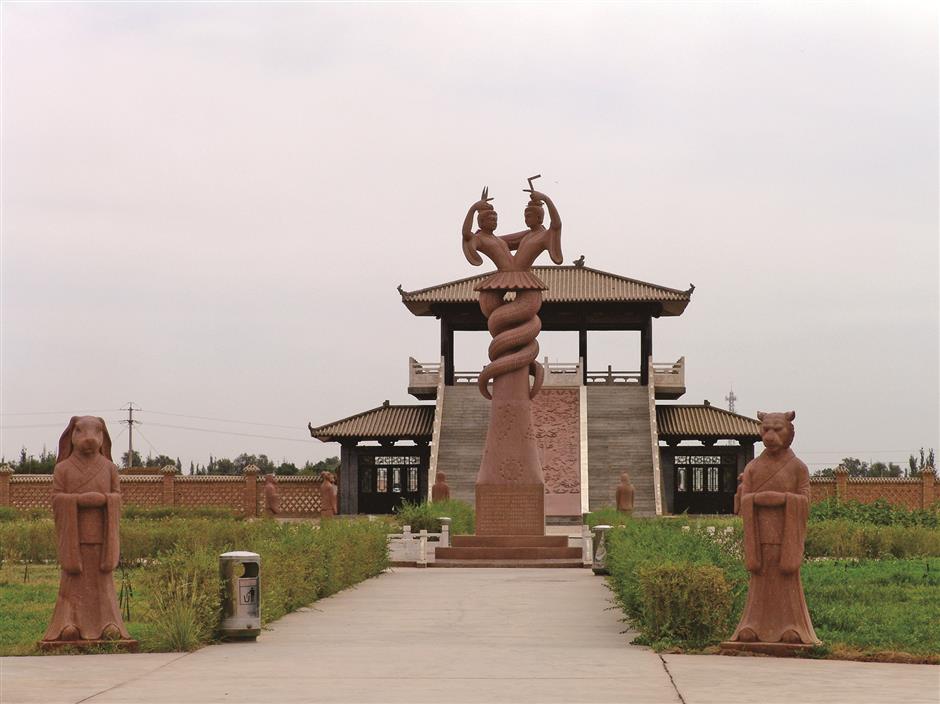 The Astana Cemetery holds the mummified remains of people who lived in the Ancient City of Gaochang from the midst of the 3rd century to the end of the 8th century.

There are several grand colossal mausoleums scattered throughout China that reveal stories about ancient royalty, such as the one set aside for the terra-cotta armies who defended the nation’s first emperor, Qinshihuang (259-10 BC.) Yet there aren’t many ancient tombs that relay tales of the common people.

One of the most discreet tombs, of China’s ancient civilization, can be found 37 kilometers southeast of Turpan in the Xinjiang Uygur Autonomous Region.

Due to the dry climate, many corpses and ancient relics were able to survive the ravages of time and are still well-preserved to this day.

Among the 456 excavated graves, the Gaochang King’s remains have yet to be found. However, the bodies of commoners and aristocrats have been unearthed which gives a fascinating insight into ancient city life.

Other than mummified bodies, thousands of ancient Silk Road artefacts were excavated from the graves to reveal how the Ancient City of Gaochang was an important trading stop on the Silk Road.

Gravel boundaries separate each family’s tombs, and the burial order is followed strictly according to the patriarchal family system.

Burial placement usually puts the husband and wife together. However, there were some exceptions where some excavated graves showed men who are buried with multiple women. Families were buried in order of generations. For example, grandfather, father, son and grandson were arranged accordingly.

The only entrance to the burial chamber is an underground slope of over 10 meters long. The chambers are over 2 meters high and constructed with either a flat or dome-shaped ceiling. The inner chambers are designed following the Chinese character “甲.” The corpses were laid to rest on a wooden or earthen bed at the back portion of the burial chambers.

Mummified corpses were found to be lying on carved pillows, with their faces usually covered by cloth and hands holding a piece of wood. Sometimes, a Persian coin can be found in their mouth.

Next to every single corpse is a funeral brick which inscribed a person’s name and individual information. The corpses are usually dressed in cotton, linen or silk clothing.

Traditional Chinese culture believed there was an afterlife — thus the dead were given worldly possessions they could use in the afterlife such as miniature pavilions, carts, horses, soldiers and food offerings. 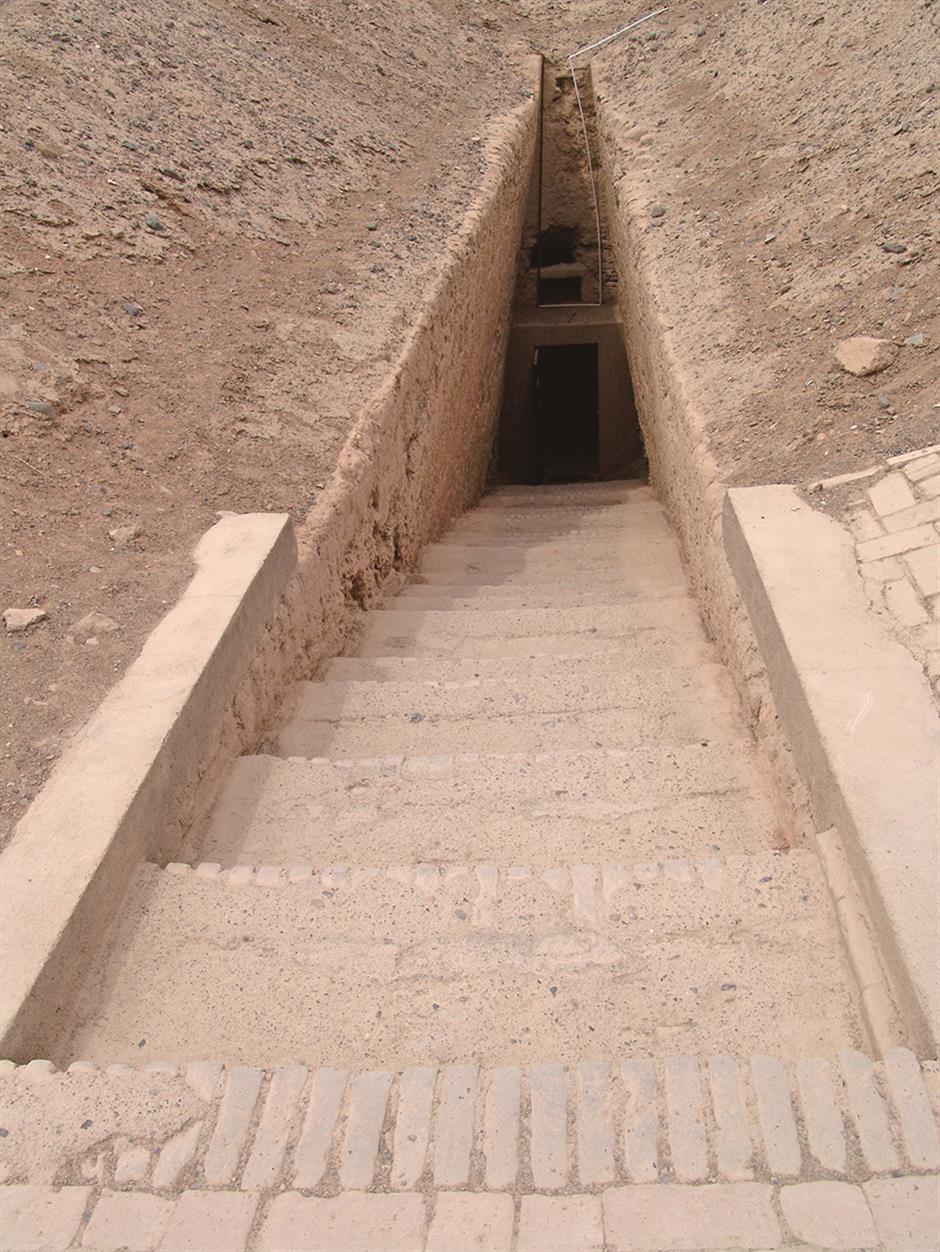 The only entrance to the burial chamber is an underground slope of over 10 meters long.

In fact, the Gaochang mummies were so well preserved that archeologists gained important insight into the living conditions, diet and health of the people. One of the most important finds was a Gaochang army general named Zhang Xiong, whose corpse was 1.9 meters tall. The corpse had a well-preserved beard and clothes.

Archeologists also unearthed more than 2,700 important documents from the Astana Cemetery, such as books that recorded centuries of history from AD 273 to AD 772.

The books provided comprehensive information about the Gaochang people’s daily lives, such as bills, contracts, official documents and daily correspondence.

Embroidery works featuring birds and Chinese gods, such as Fuxi and Nuwa, are particularly treasured for the detailed stitching and vivid colors.

The Ancient City of Gaochang is known to be one of the earliest cosmopolitan cities. Other than being known as a well-known pit stop along the ancient Silk Road it was also home to people of different ethnic races and the Han people. Corpses of ethnic groups such as Turki, Hun and Jushi were also found.

This reveals that the Ancient City of Gaochang is one of the earliest civilizations where all ethnic races enjoy equal status.

Today, only three tombs are open to the public — one tomb houses actual mummies and the other two tombs showcase beautiful ancient murals of birds, flowers and hills on the walls.