Schools build brands based on tradition 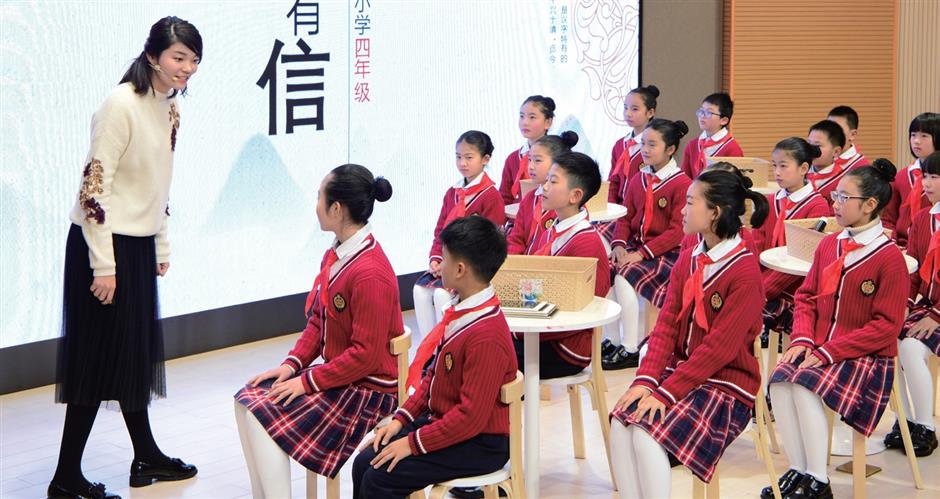 Young pupils at Fangtai Primary schools are captivated by the beauty of seal engraving at a class promoting the traditional art.

A number of schools and kindergartens in Shanghai have established their own culture brand in recent years, complementing their cultural characteristics and students’ development and making them highly distinctive.

Among the 36 newly added schools and kindergartens with their own cultural brands recognized by the city’s education authority, two are in Jiading District.

One is the century-old Fangtai Primary School, which is famous for its seal-engraving class. Every student is taught in the traditional handicraft.

During their second year, they will learn xiaozhuan characters, a style of calligraphy adopted in the Qin Dynasty (221-207 BC) for the purpose of standardizing, and learn to write them. 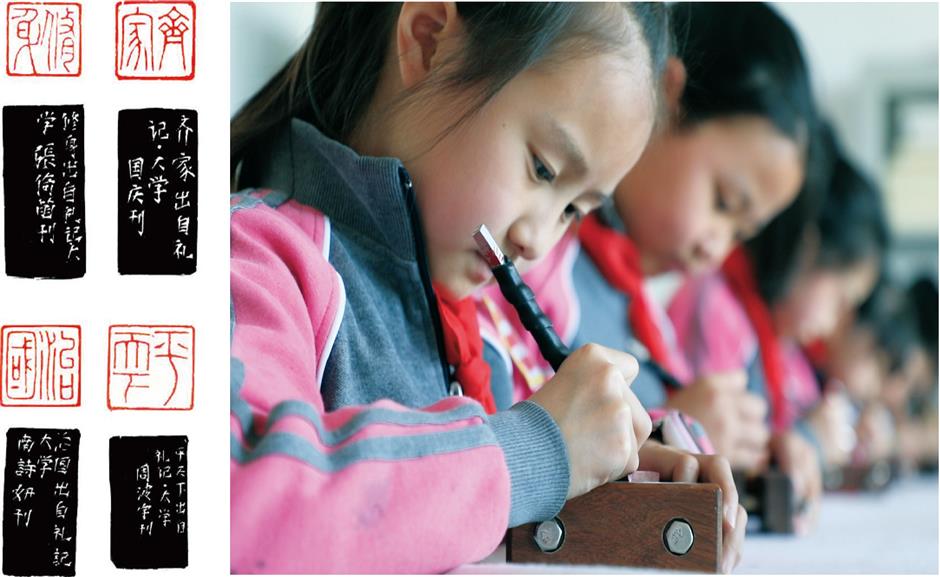 Grade-three students will practice copying masterpieces of seal script. In the fourth year, they will try engraving by themselves. In the following year, they need to create their own seal-engraving works.

It also works with museums, such as Lu Yanshao Art Museum and Han Tianheng Art Museum, to carry out on-site teaching and cooperates with Jiading Calligraphers Association to invite calligraphers and seal carvers to teach in the school.

In January and April, the school hosted campus exhibitions.

Through learning seal engraving, students not only gain a strong interest in the study of traditional Chinese culture, but also develop the habits of patience and being meticulous. 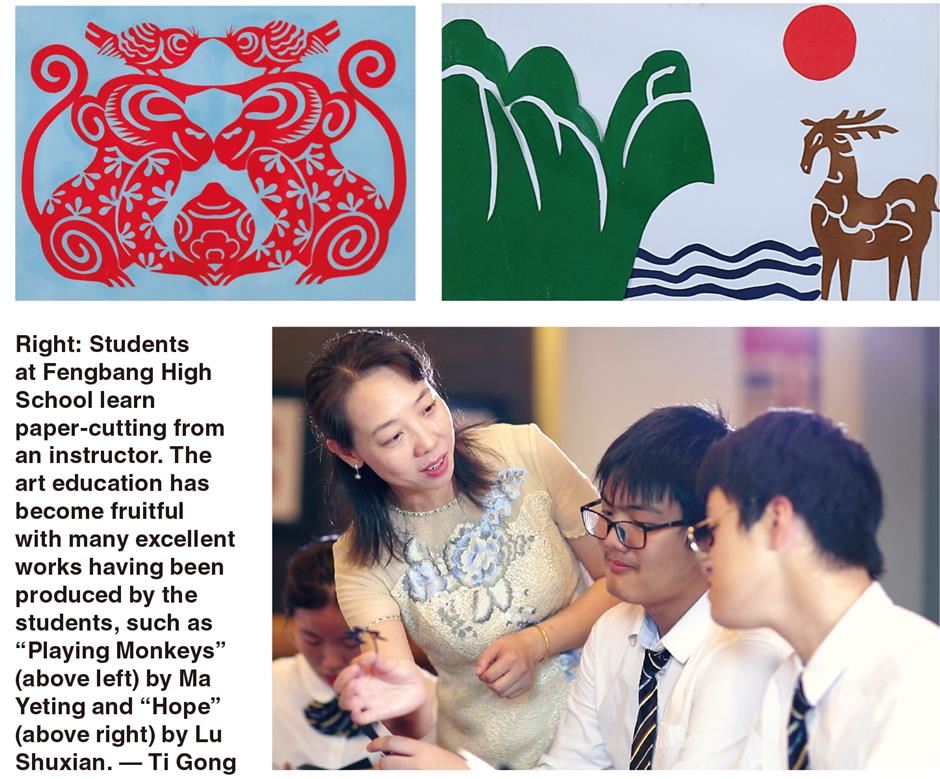 Right: Students at Fengbang High School learn paper-cutting from an instructor. The art education has become fruitful with many excellent works having been produced by the students, such as “Playing Monkeys” (above left) by Ma Yeting and “Hope” (above right) by Lu Shuxian.

Meanwhile, Fengbang High School in Jiading is famous for its paper-cutting class since it committed to promoting the intangible cultural heritage in 2013.

The school employs Wang Jianzhong — a famous paper-cutting artist — as a tutor. Wang’s skills are inherited from his father, Wang Zigan, a master of Shanghai-style paper-cutting.

Wang Jianzhong is so skilled that he never needs to draw a design on paper but just cuts. His works are beautifully composed.

His works have won top prizes in national exhibitions while some have gone under the hammer at Duoyunxuan Auction House.

Wang holds classes for both teachers and students in the school every Friday. Under his guidance, their paper-cutting skills and appreciation of the craft are constantly improving.

Among the teachers are winners of national competitions or city contests, or who have had their works displayed in Shanghai, Jiading and Jiangqiao Town.

A number of students have also won prizes in city competitions.

The students’ paper-cutting society in the school was rated by the national education authority as one of the country’s top 100 excellent Chinese learning societies in primary and secondary schools.