Take a walk around the city's only moat 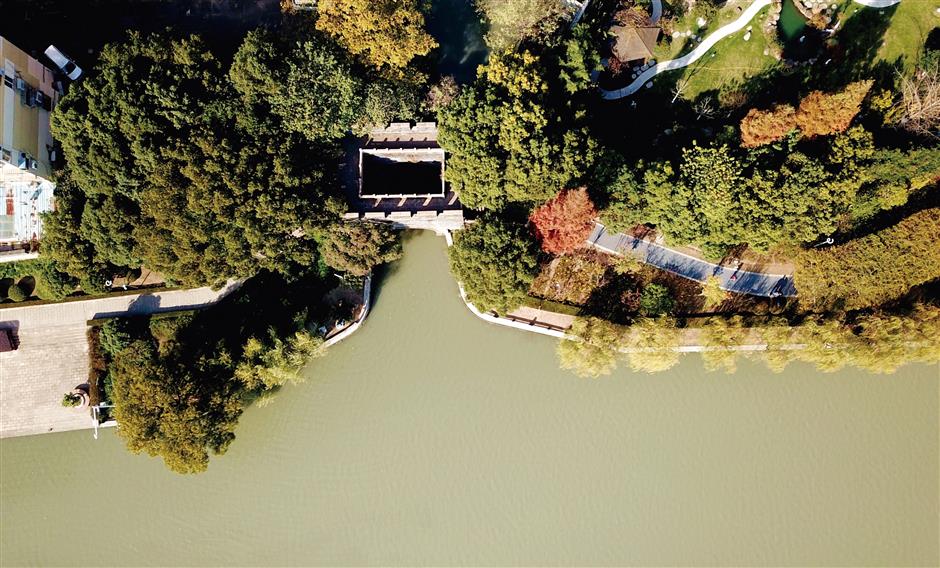 The 6.5-kilometer ring river of Jiading is Shanghai’s only existing moat. A footpath along the inner edge of the ring river is now open to the public.

When people walk on the path, the Jiading edition of the renowned Chinese painting “Along the River During the Qingming Festival” is revealed in successive scenes.

Down from the Cangchang Road Bridge to walk south along the footpath, there are lush black and green pine and cypress trees on both sides.

Not far away are a large canopy covered with wisteria, next to a pavilion, a pond and a hill, which is the famous Wisteria Park.

There are all kinds of food and snacks on Cangchang Road and the footpath provides a shortcut.

Go straight through Yongjia Bridge on Bole Road. There are wisteria trellises overhead and unique hanging lamps, which complement the Wisteria Park steps away. 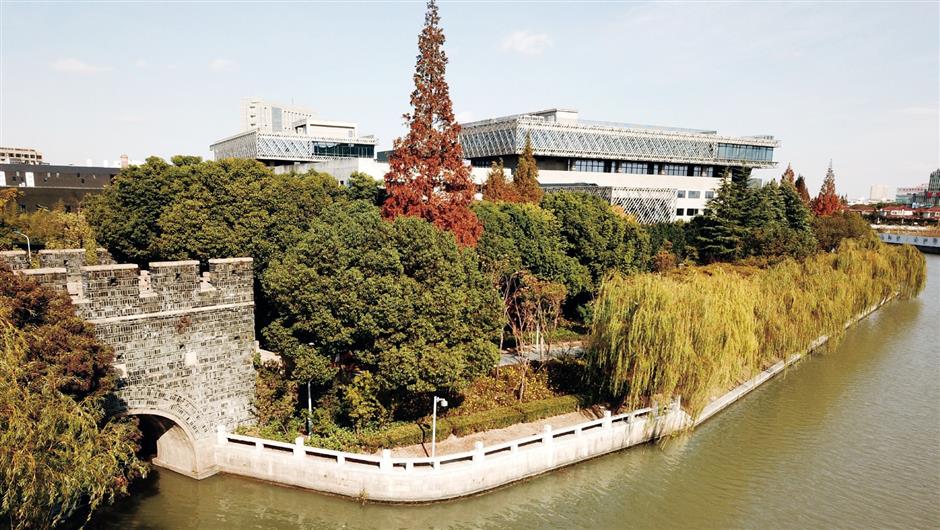 From here, the moat becomes wider. A majestic pass is on the way, the South Water Pass.

Step up the South Water Pass, eyes to the south, you will see the moat run across the Hengli River. Eyes to the north, there are modern sluices on the Hengli River to regulate the water level inside and outside the sluices for the convenience of ships.

A few steps forward, a tablet pavilion could be seen, in which there are tablets to immortalize nine famous figures in Jiading’s history, including three top scholars and heroes who fought for Jiading.

Go west to South Wall Park. Along the moat is a beautiful garden. Although the South Wall is now a ruin, it reveals the charm of the ancient town.

The ancient wall of Jiading was built in the Song Dynasty (960-1279), once around Jiading.

It was repaired in the Yuan (1271-1368), Ming and Qing dynasties. The existing wall is divided into two sections, the South Gate and the West Gate, each about 120 meters long. 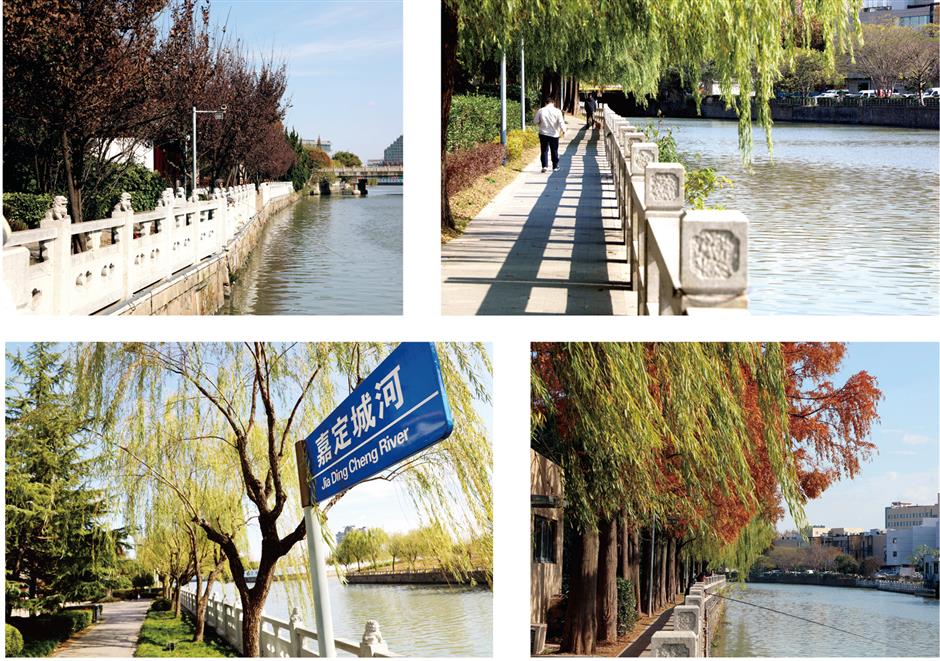 There is a small stone pavilion in the park, behind which is the ancient wall covered by green creepers. There is a stone tripod further ahead, with Jiading’s alias “Liucheng” engraved on the front.

Walking down the Liunan Bridge on Chengzhong Road, there is an antique landscape corridor and a hall. Here is the right place to take shelter from the rain and sun and have a rest.

Further on, there is the famous West Water Pass, which is lower than the South Water Pass. On its side is a section of the West Wall. The Old Street of West Gate is not far away.

If people step down from Cangchang Bridge and head north, it will be totally different.

There are not many scenic spots that way, but it has a kind of wild interest and a kind of natural style.

The river is waving all the way. The air is fresh. The birds are tweeting and the gulls are flying, which makes people relaxed and happy.