Ancient gateway bears witness to centuries of war and disaster 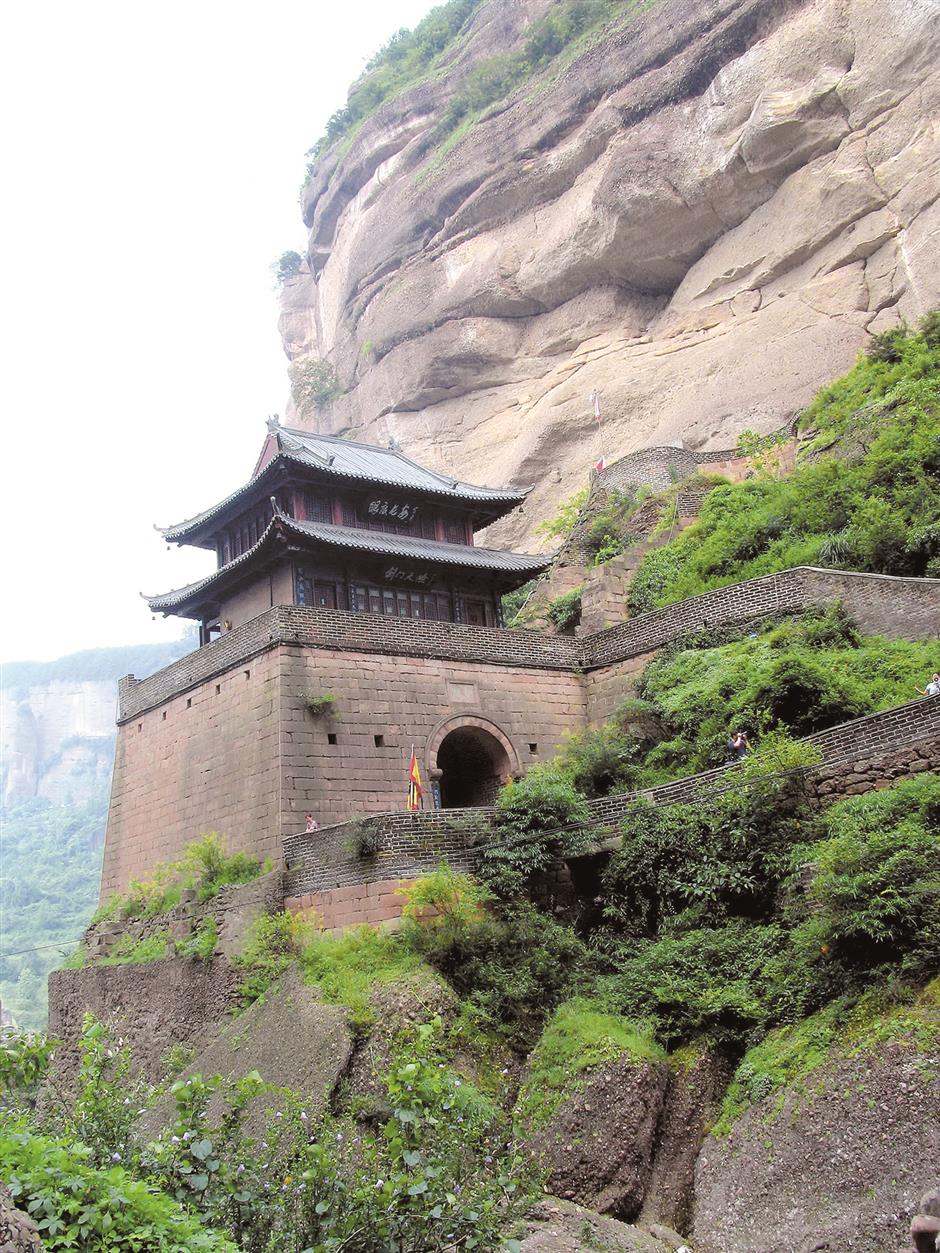 Whoever controls the Jianmen Pass controls the gateway to Sichuan Province has been a Chinese saying for centuries.

Built strategically in the middle of the Jianmen Mountains, dating back to the Cretaceous period, the impregnable pass is formed by 300-meter-high cliffs, like two sky-high swords flanked on both sides, leaving a natural narrow gap of no more than 50 meters wide.

With high precipitous rocks and a narrow pass, the military genius realized the place was an ideal fortress — easy to hold but hard to attack.

Zhuge ordered his soldiers to build a gate and set up a pass there.

In ancient times, the pass was always considered to be a major gateway and an invincible defense for Sichuan Province, which many kingdoms contested for.

For more than 1,700 years the “ill-fated” gate tower of the fortress was rebuilt, destroyed and restored, again and again after wars and disasters.

The tower was demolished completely in 1935 to make way for the Sichuan-Shaanxi Highway.

In 1992, it was rebuilt at the bottom of the cliff in the road’s east.

In 2008, the new one was once again destroyed by the catastrophic Wenchuan earthquake, which measured at 8.0 Ms.

The gate tower on the pass we see today was designed by Tongji University and rebuilt in 2009 to keep the architectural features from the previous dynasties.

On the top floor there was a crib where soldiers could watch and shoot.

The grotesque natural stones dotted around the pass, which fell from the cliffs, look like a variety of things including a rabbit, turtle, dragon and drum — thanks to the imagination of locals.

A glass-and-steel-made viewing platform sits on the major peak of the Big Jianmen Mountain, with an altitude of 1,164 meters and a span of 25 meters.

It’s the best observation point to have a bird’s-eye view of the mountains, old trees, gate tower and the abrupt cliffs. 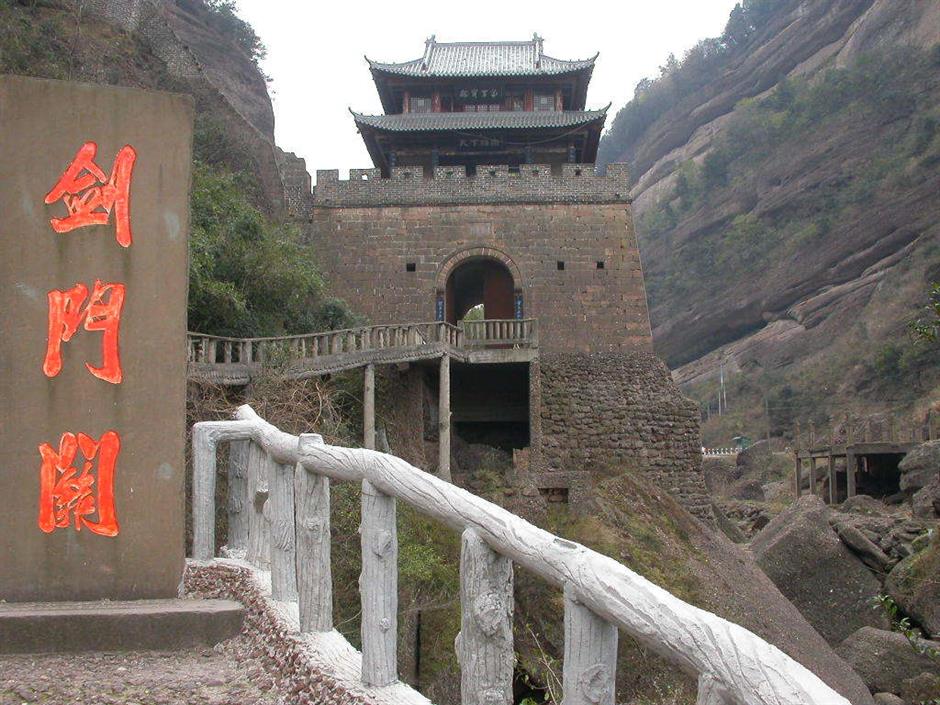 In ancient times, the pass was always considered to be the major gateway and a invincible defense for Sichuan Province.

There are statues of Zhuge, Liu Bei (emperor and founder of Shu Kingdom) and general Jiang Wei set-up.

They are believed to be the protectors of the place because the Shu Kingdom is actually today’s Sichuan Province.

General Jiang wears a helmet, and his solemnness is shown in his staring big eyes and thick eyebrows.

A stone monkey squats at the bottom right of the statue, facing the pass with a murderous look. Locals say the monkey is the incarnation of the general, who stays to guard at the gate.

Red Star Square is a memorial complex to the bloody battle of the Red Army, who conquered the unconquerable Jianmen Pass in 1935, which was something of a war history miracle.

Opened in 2009, the square consists of a monument, memorial hall, statues of generals and a stone-carved slogan. A wall by the hall’s front gate showcases the Long March route, while the memorial hall displays some of the battle’s relics and revives the fierce fight scenes by modern audio and visual equipment.

In addition to the cultural legacy, the pass enjoys beautiful natural landscapes. On one side of the cliff, a giant stone in the shape of a bamboo shoot breaks through the ground, thus earning the name Stalagmite Peak.

More than 30 meters high, the peak is barren except for a cluster of bushes growing on the top, like a warrior bristling with anger who safeguards the Jianmen Pass day and night.