Chinese transgender dancer Jin Xing was back on stage last month, doing what she likes best after an absence from the limelight for a while.

She put on her dancing shoes again to celebrate the 20th anniversary of the Jin Xing Dance Theater in December. Fans were thrilled.

Jin, now 52, struggled to hold back tears as she played her role in the dance “Half Dream” at the anniversary performance at the Shanghai Grand Theater on December 20. 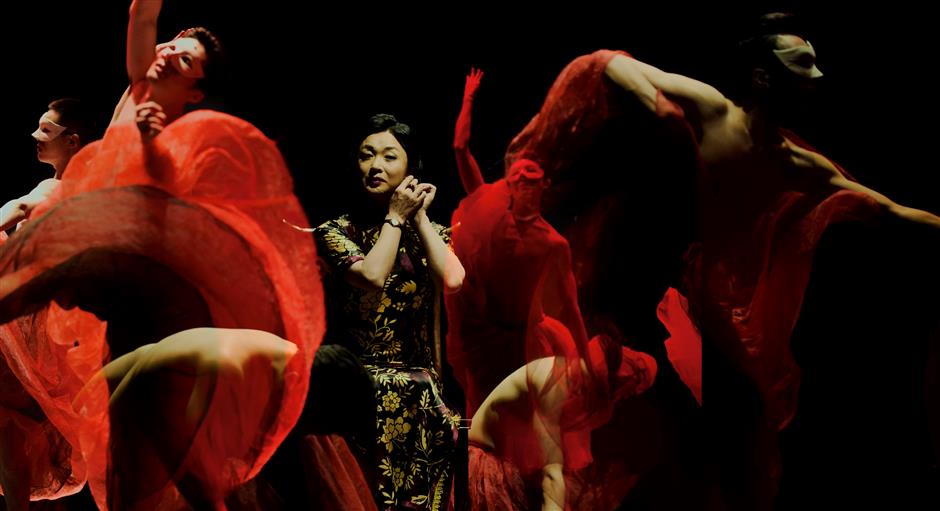 “It was the last time for me to dance in ‘Half Dream,’” Jin told a meeting of fans after performances on December 19 and 20. “For this world, one Jin Xing is enough. I don’t want my students to copy my movements or techniques. I want them to learn from the mindset I hold toward dancing.”

Her dancing may stop but her legacy does not. Jin was among the first group of contemporary dancers in China. It took a gritty personality and some luck to succeed.

Jin joined the People’s Liberation Army at the age of 9 and received traditional dance training from the army’s singing and dancing troupe when she was still a “he.”

Her life-changing chance came in 1987, when an American dance troupe opened a one-year contemporary dance course in Guangzhou for students from an experimental class at the Guangdong Dancing School.

Jin became a member of the class as a guest student. 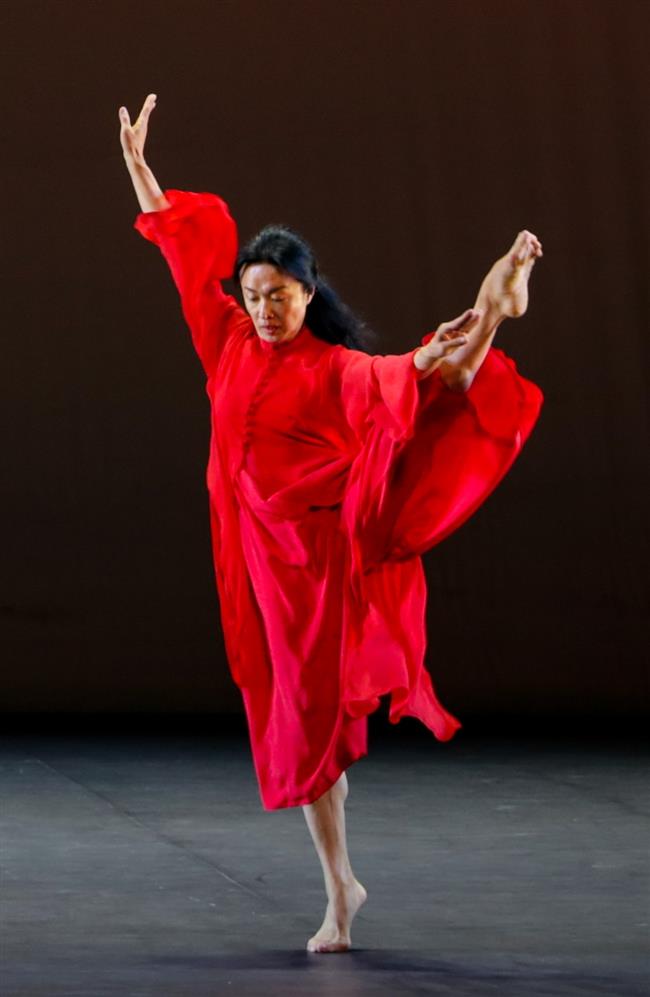 Jin Xing dances in “Half Dream” for the last time at her troupe’s anniversary performance.

“The army troupe sent me there, hoping I would learn some contemporary dance and merge it into our programs,” Jin recalled. “One thing about that course attracted me immediately — the top student in the class would receive a full scholarship to study dance in the US.”

Jin said going abroad to study was every dancer’s dream — one that few would ever experience unless they had the right connections. That wasn’t the case with American teachers at the Guangzhou course.

“They would select the top student on merit, and I wanted that to be me,” she said.

And Jin it was!

At age 21, Jin began contemporary dance study in New York. According to PLA regulations at the time, Jin was considered as a “national property” and her time abroad would be limited. Jin secretly applied for a student visa in the United States and it was surprisingly approved.

“I was lucky because it was against regulations, though I have not ever been an especially obedient person,” Jin said. “I guess fate destined me to become a contemporary dancer.”

Life in the US was an eye-opener for her. 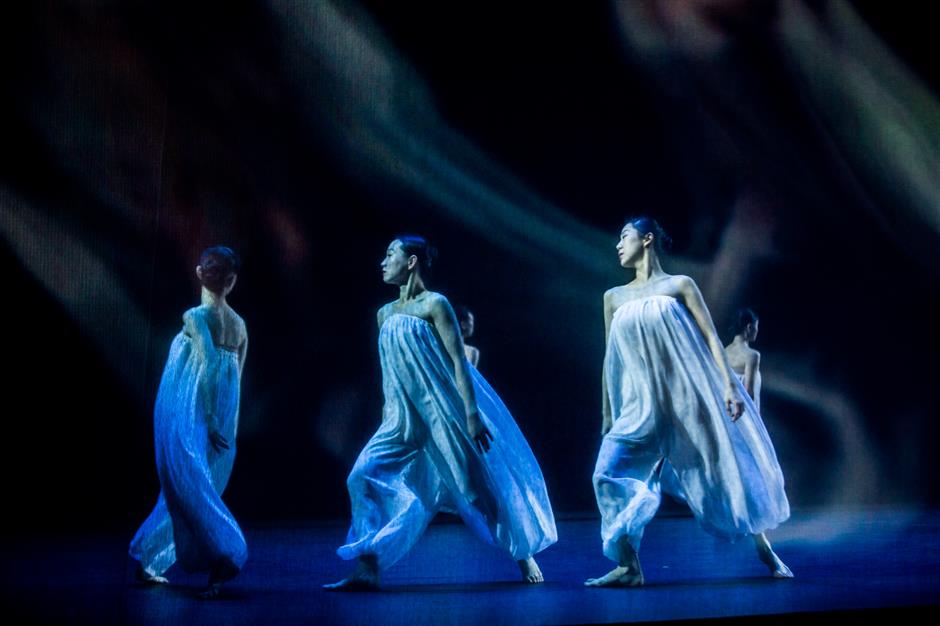 “In the army, a dancer’s life is planned and laid out in front of you, as long as you don’t make political mistakes,” Jin said. “But life in the US was totally different. I found it very hard to adapt myself to contemporary dance in the first six months, and almost thought about giving up.”

The language barrier added to her grief. The only way to maintain her self-confidence was to throw herself into dancing.

“I had learned very good techniques from all my years of classical Chinese dance training,” she said. “My every pose would draw marvels from teachers and fellow students. But I was a dancing machine, and didn’t know how to move my body in contemporary dance.”

“In a dance called ‘Tremble,’ he wanted me to imitate the movement of a 57-year-old man, and I did,” Jin said. “My teacher was in joyous tears when I eventually presented the work. But I didn’t understand the dance myself and asked him to explain it to me.”

Jin remembers his response: “Imagine you reach a crossroads in your life. Nothing exists, no emotions, only emptiness. The audience will fill in the blanks themselves.”

The explanation was a world away from what she was taught in Chinese classical dance.

“We were taught about the meaning of whatever we did, even in a dance,” she said. “But to allow audience to fill in the blanks themselves! What was he talking about?”

“Cage Birds” is one of the dance theater’s signature works.

It took time to clear her confusion and realize that a major function of contemporary dance is to express oneself. “Tremble” changed her understanding of body movement and became a stepping stone to her future approach to contemporary dance.

“My teacher said I had the techniques needed for my whole career, but I lacked a personal style,” Jin said. “I was taught that the most difficult level in choreography is conciseness. As humans, we are masters in creating complexity. In contemporary dance, it’s the opposite. This concept influences my work even now.”

After completing her study in the US, Jin returned to China in 1993. Two years later she underwent transgender surgery. That was a difficult decision in an era when such operations were little understood and often condemned.

However, Jin was not a person easily cowed. Her honesty and Western mindset helped propel the popularity of a talk show she hosted between January 2015 and September 2017. It raised her public profile.

In the one-hour programs, she discussed news, society trends and fashion, and even showed off a bit of her singing and dancing talent. She invited Chinese celebrities in entertainment and the arts onto the show for interviews. 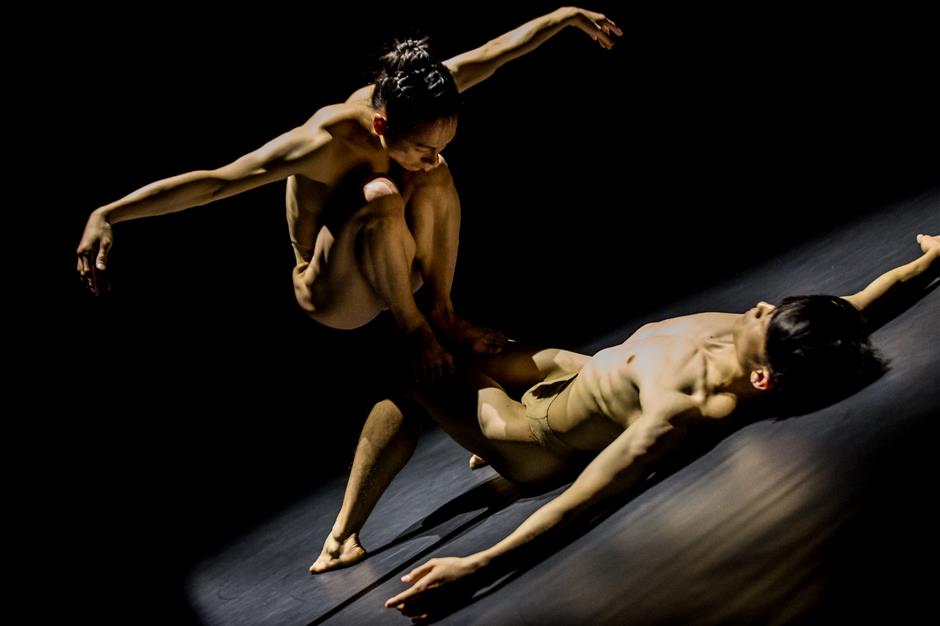 Dancing, however, always remained her primary obsession. In 1996, she became the first artistic director of the state-owned Beijing Modern Dance Co.

Apart from rehearsal halls and a dormitory for dancers, the company received no government support. Jin turned into a multi-role director who had to look for investors and sponsors for the troupe.

In 1998, the company’s original production “Black and Red” was honored with the Wenhua Award. It was the first time the national artistic award recognized a modern dance work. Later that year, the dance company split up, and Jin became the owner of a nightclub in Beijing for about a year.

“I wanted to continue working in the performing arts industry, but ‘background’ is required in that circle, especially in Beijing,” said Jin. “I wanted to work more independently, and Shanghai, a city with an open culture, came to mind.”

That was the birth of the Jin Xing Dance Theater, the country’s first private performing arts troupe. At that time, private troupes were not yet allowed to register officially. Jin had to “borrow” performing licenses from other organizations. In 2002, the troupe was officially registered. 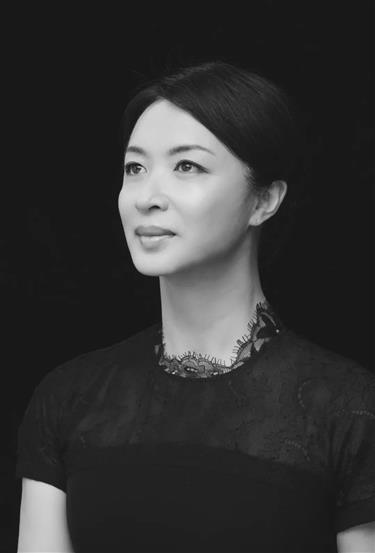 Jin said contemporary dance allowed her to release her inner self and express herself.

Her dance theater is known for its intriguing adaptation of modern Western dance elements, while retaining a distinctively contemporary Chinese style. Some of the troupe’s signature works borrow inspiration from the nation’s rich cultural heritage.

The troupe has been frequently invited to international festivals, performing in nearly 20 countries on four continents.

“Despite my name in the title, the troupe is an open platform for all kinds of creations,” said Jin. “I keep telling my troupe members: If people say that you dance like Jin Xing, then it’s your failure. What I want them to learn from me is my determined attitude in dance study and my elegance on stage. Don’t copy my movements. Look for your own style.”

Jin has a message for a younger generation of dancers often keen to achieve quick success.

“Don’t count on dancing to make you famous and rich,” said Jin. “I earned my money and fame not by dancing, but by being a talk show anchor. However, I must thank contemporary dance for allowing me to release my inner self and express myself. Dancing can be a job for life, but it’s a hard life.”