Controversy over a mausoleum 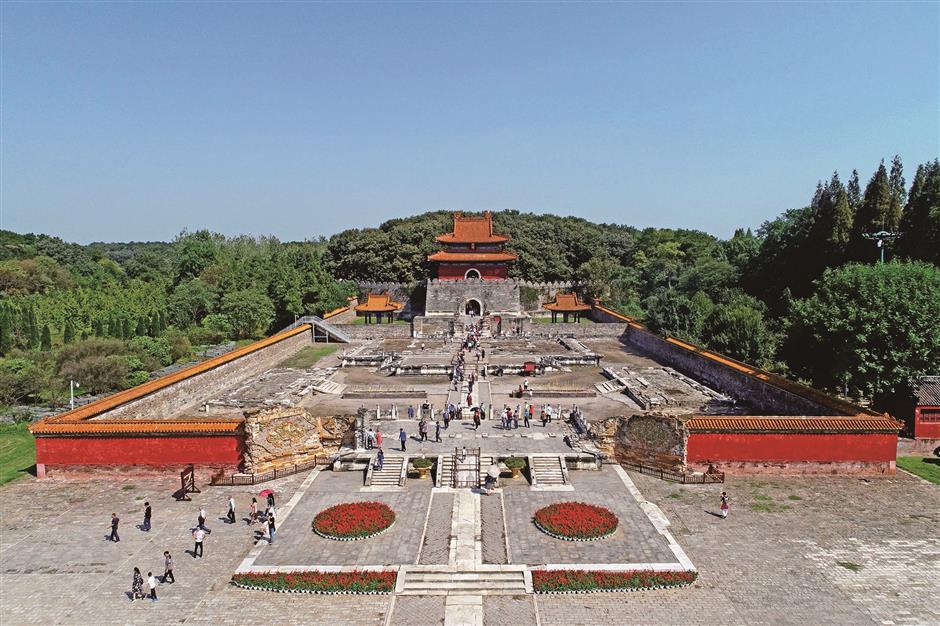 The Xianling Mausoleum of the Ming Dynasty is a masterpiece of architecture, environtology and aesthetics.

Nestled in the gentle arms of green mountains and tranquil water, the Xianling Mausoleum of the Ming Dynasty (1368-1644) in Zhongxiang, Hubei Province is a masterpiece of architecture, environtology and aesthetics.

As one of the largest and best-preserved mono-structural imperial mausoleums, it stands out with its unique design of two chambers for the purpose of co-burials, the only case among all the Chinese emperors’ mausoleums.

Construction began in 1519 and ended in 1566. As the resting place for “emperor” Zhu Youyuan and his “empress” Cixiao, the mausoleum was actually a result of the Great Rites Controversy (da li yi), the conflict over ceremonial protocol between officials and Emperor Jiajing (1507-67), son of Zhu Youyuan, who stepped on the throne from a collateral branch of the imperial family.

In 1521, Emperor Wuzong passed away without a son, thus his cousin Zhu Houcong was selected to be the heir and became Emperor Jiajing.

However, the new emperor overturned the rites and refused to acknowledge Emperor Xiaozong (Emperor Wuzong’s father) as his adoptive father.

He announced his biological father Zhu Youyuan as “emperor,” who was never an emperor, and rebuilt the mausoleum for him according to the emperor’s protocol.

This aroused great controversy in the court. More than 200 officials knelt down outside the court for hours, protesting the decision.

The angry emperor ordered the protesters to dispel and beat 17 to death. The rest were fined, jailed, demoted and exiled. He quietened down the three-year upheaval by force, which was later to be referred to as the Great Rites Controversy. 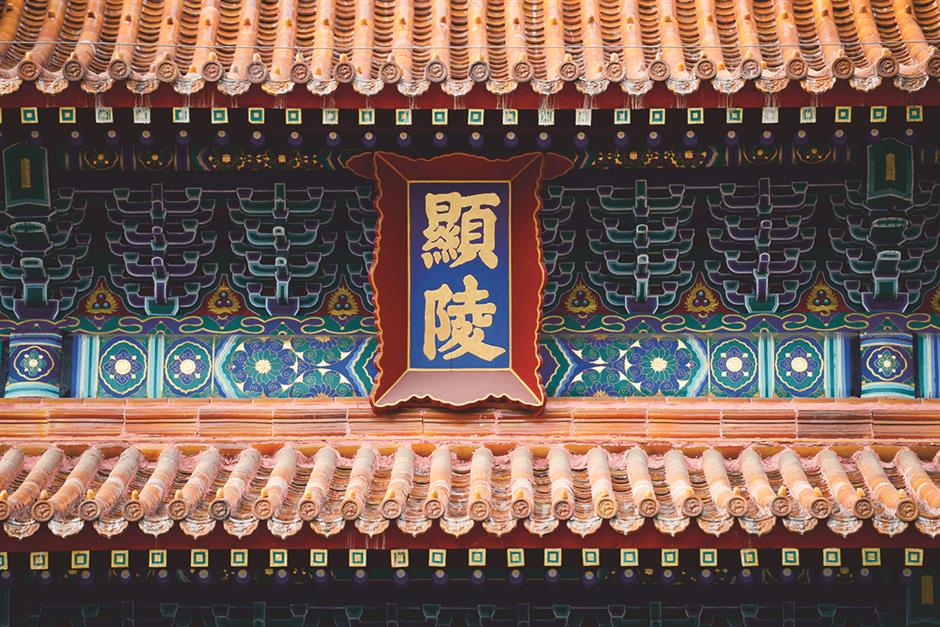 The Xianling Mausoleum of the Ming Dynasty was designed harmoniously with hills, water and forests according to Chinese geomantic theory.

Covering an area of 183 hectares, the mausoleum was designed harmoniously with hills, water and forests according to Chinese geomantic theory.

It leans on the Zushan Mountain and is surrounded by lush forests on both sides with the Jiuqu River crisscrossing by, while the front Pingshan Mountain functioned as a shelter and screen wall.

The royal Jiuqu River acts as the major drainage system to prevent the water from flowing from Songlin mountain to the mausoleum. The 1,687-meter canal runs from northeast to southwest.

The main entrance’s new red door is an important symbol, which implies that the mausoleum was changed from prince-level to emperor’s protocol.

The new door and the old one are not in the same axis, which is quite rare to see in traditional Chinese architecture.

The Sacred Way to the mausoleum is also a special design, different from the usual one that is often straight and symmetrical.

Winding with zigzags, the way extended in the shape of a dragon, flanked on both sides by stone statues of lions, crouching elements, camels and standing horses.

The front part of the mausoleum park is elliptical, complementing the rolling hills, whereas the circle-shaped back part consists of many buildings with decorations of dragons, phoenixes, jade and gold. With an ingenious layout of gigantic tombstones all leading to the mausoleum and the fine craftwork and reliefs, the mausoleum is a true architectural masterpiece of the Ming and Qing dynasties (1368-1911).

Like all the feudal dynasties in China, the Ming Dynasty advocated a “grand burial to show filial piety,” so that lots of money and manpower were used on a huge mausoleum each time an emperor died. To some extent, those mausoleums were the epitome of the political power, economic situation, technological level, craftsmanship, moral concepts, aesthetic tastes and strong faith of ancient Chinese in afterlife.

In the late Ming Dynasty, the mausoleum was burnt. It was renovated in the Qing Dynasty by local officials.

During the Republic of China (1912-1949), the mausoleum area without proper protection was turned to a barren land. As local farmers listened to the rumor that the stone statues would come alive and eat crops in the middle of the night, they destroyed part of the statues. In the war against Japanese invaders (1931-45), the invaders robbed the mausoleum and looted some of the stone-carving pieces.

In 1994, a large renovation project was launched to restore the red doors, rivers, the Sacred Way and many other buildings.

In 2000, the Xianling Mausoleum was included in the World Heritage List.

Today in Zhongxiang, local people maintain the tradition of attending a temple fair on the third day of the third month of the lunar calendar.

The event was passed down from Emperor Jiajing, who worshiped his parents on that day.