In the science fiction novel “Altered Carbon” by Richard K. Morgan, human beings have realized their dream of being immortal. Successfully transferring mental contents from one body to another, the mind of a person can go on living in the real world.

Inspired by the book, an artist is showcasing a solo-exhibition at the Long Museum West Bund under the title “Altered Carbon 2020: Pang Maokun.”

Born in Chongqing in 1963, Pang Maokun was educated at the Affiliated Senior High School of Sichuan Fine Arts Institute. Later he studied in the oil painting department of Sichuan Fine Arts Institute from 1981 to 1988, receiving his master’s degree in 1988. For years Pang has been exploring the possibility of expressing and representing classical painting language in the contemporary cultural context, combing his personal art creation with social reality.

Pang is the deputy chairman of Chinese Artists Association and president of Sichuan Fine Arts Institute. His classical paintings appear distant and different from daily life as he sets his gaze toward reality, reveals the value and meaning of oil paintings in contemporary art.

It is all too difficult to fuse a new innovative art language onto a classical canvas. Yet visitors are immediately taken when they step into the exhibition hall.

The framework of pillars and pedestals in the middle of the exhibition is still hidden below a white cover so that it looks like a huge birthday cake. But it has already been cut so visitors can see its interior, once again, consists of circuit boards and other electronic equipment. Festoons are flashing the artificial man’s heartbeat rhythm, whose birth is to be celebrated.

The daunting canvases hanging on the wall also amaze the eyes.

On first inspection, they seem to be copied from old masterpieces, such as “The Maids of Honor” by Velazquez in 1656. However, on second look, visitors will find the top Chinese painter Qi Baishi (1864-1957) and a selfie girl in the tableau.

And human bodies, familiar ones in masterpieces appearing on the canvases also disclose what is there beneath their sensuous skin — cold metallic parts.

It is amazing that a complete body is not shown in these paintings, only details, sometimes tiny details. These nevertheless seam to fragment themselves, due to their unusual shapes. They have three or five or six corners and no two edges that meet at a right angle.

The exhibition is a new stage in expansion and an extension of space and media from the artist’s “Folded’ series.”

“It is intuitive thinking, based on the innovation and crisis of science and technology in human society, attempting to create a futuristic illusion prophetically that AI has become an altered carbon of human intelligence, as well as innovating and refreshing the existing reality and human trajectory,” said Karlheinz Lüdeking, the curator of the exhibition.

“The artist sublimates the definition of ‘altered carbon’ to explore the context of art history of contemporary art, which meanwhile transforming the relationship corresponding to the current cultural and social reality.

“In this exhibition the perception of the works assimilates itself more to modalities we know from real life. We not only look at the paintings frontally but also from oblique angles, then it seems as though all the images were projected on the walls from a lighthouse, or we think that those pentagonal and trapezoid shapes might be fragments of a whole that does no longer exit because an explosion has torn it apart throwing the fragments all around onto the walls.” 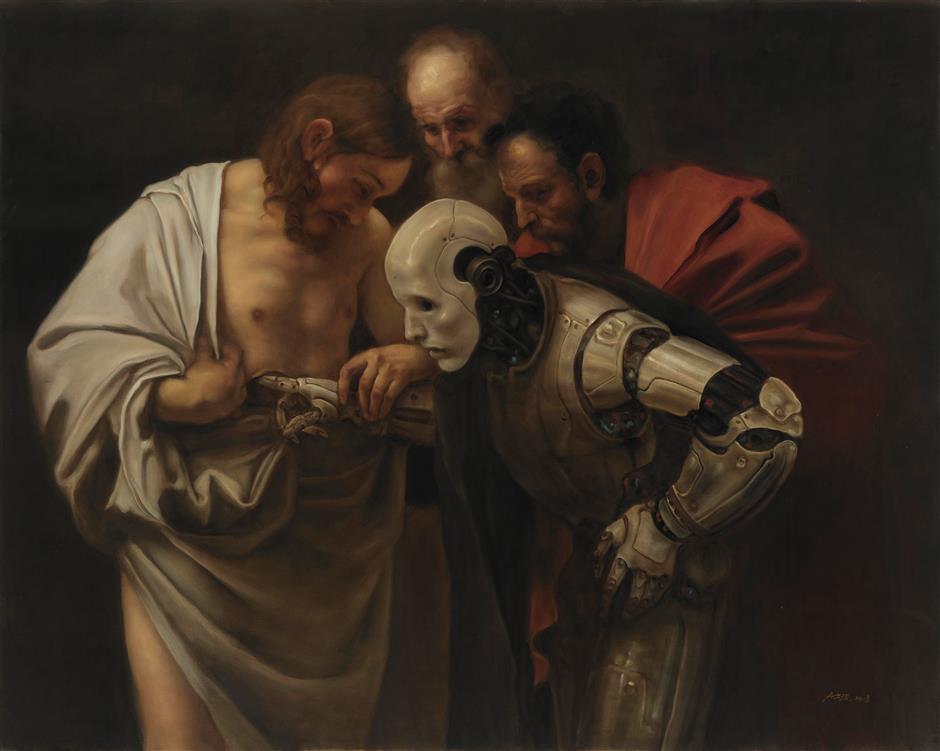 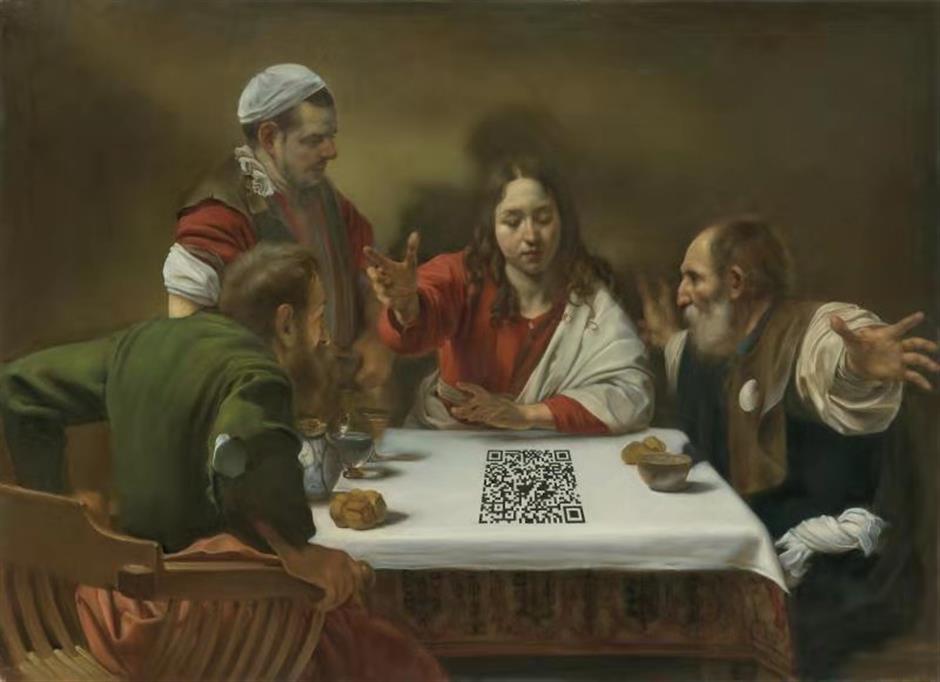 "The New Menu of Emmaus"