The model in the Museum of Seawall Site of Hangzhou illustrates how ancient residents in Hangzhou built the seawalls to conquer the raging tides of the Qiantang River.

Viewing the tidal bores of the Qiantang River has been a long tradition among Hangzhou residents, but few today realize that the powerful tides once brought regular flooding to the city.

During ancient times, Hangzhou people struggled with the roaring waves, and eventually built own their “great wall” between the water and the city.

Last month, the Museum of Seawall Site of Hangzhou officially opened to the public. As the first museum of its kind in China, it showcases the ancient Chinese people's wisdom and determination in conquering the raging tides of the Qiantang River.

In 2013, when the local government was building a sports center, segments of ancient seawalls were unearthed after being buried for centuries. To protect such relics, a new museum was built on the original site.

Hangzhou Archeology Institute spent years excavating and researching ancient seawalls across the city. Now, the results of their research are on display in the museum through multi-media, an excavation site, replicas, artifacts and antiques. 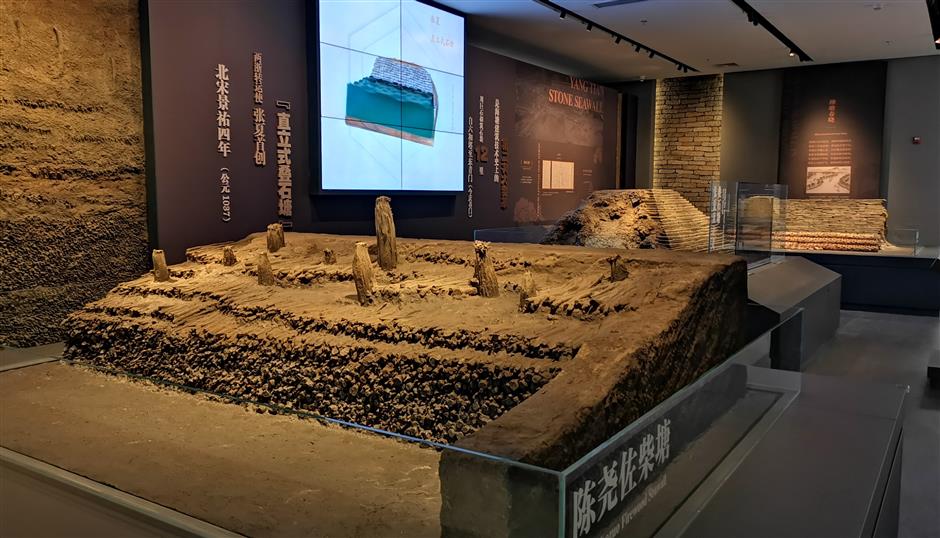 Showcasing is the model of chaitang which is a prevention measure made of firewood and soil. 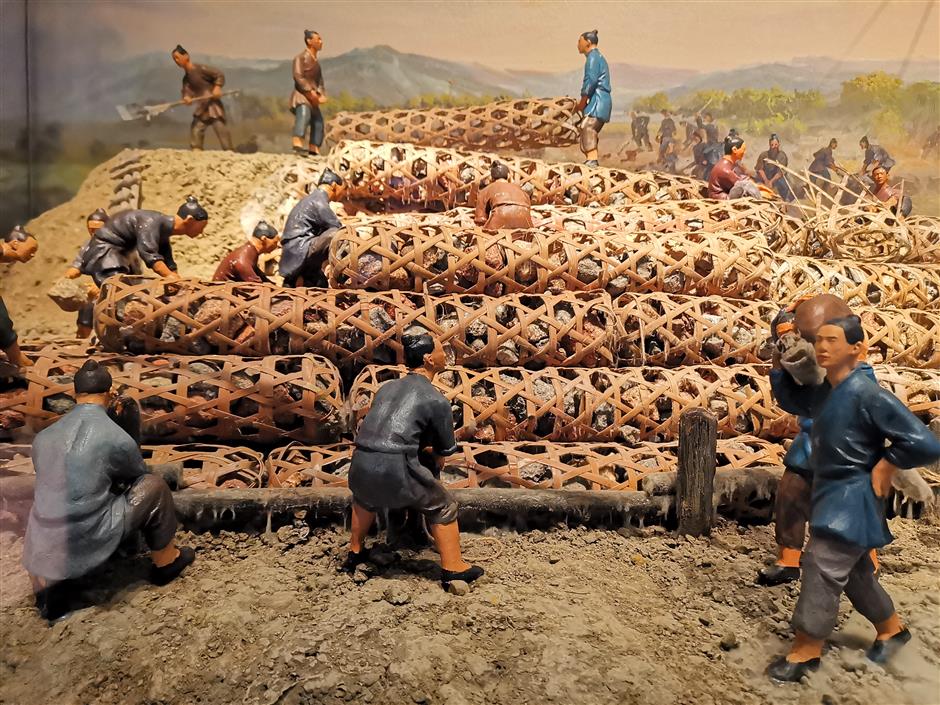 Qiantang River has what is reckoned to be the world’s largest tidal bore. As the tide rushes into the mouth of the river from Hangzhou Bay, the natural phenomenon can see waves rise to a height of up to 9 meters.

To protect the city from flooding, ancient people built barriers along the riverbank. At first, seawalls were built on a mudflat due to the peculiar soil texture of the riverbed.

In the Eastern Han Dynasty (25AD-220AD), a royal court official named Hua Xin built the earliest seawall in China. However, the mud-made project couldn't withstand the tides for long. This fragile structure survives today only in historical records.

The Qiantang River didn’t stop flooding until a breakthrough came to Wuyue Kingdom during the Five Dynasties and Ten Kingdoms Period (907-979).

In 2014, the Hangzhou Archeology Institute spent six months excavating a seawall that was 34 meters long on Jiangcheng Road. It is the oldest seawall ever excavated in China, and is believed to have been built by Emperor Qianliu of Wuyue Kingdom, located in today’s Zhejiang Province.

It was built according to an ancient construction method known as saogong, which was previously believed to have been used first in the Northern Song Dynasty (960-1127). This discovery pushes the wheel of history back by about a century.

The saogong method involved huge cages, woven with bamboo strips and stuffed with stones. These are piled layer by layer, and then grass and wood are placed on top for added strength.

This revolutionary seawall paid off, as Hangzhou quickly became a prosperous hub of trade.

Emperor Qianliu also created the basic layout of the seawalls and old Hangzhou. The seawalls he built were in use until the Northern Song Dynasty (960-1127). Today, people still worship this emperor with gratitude for his contribution to the city. 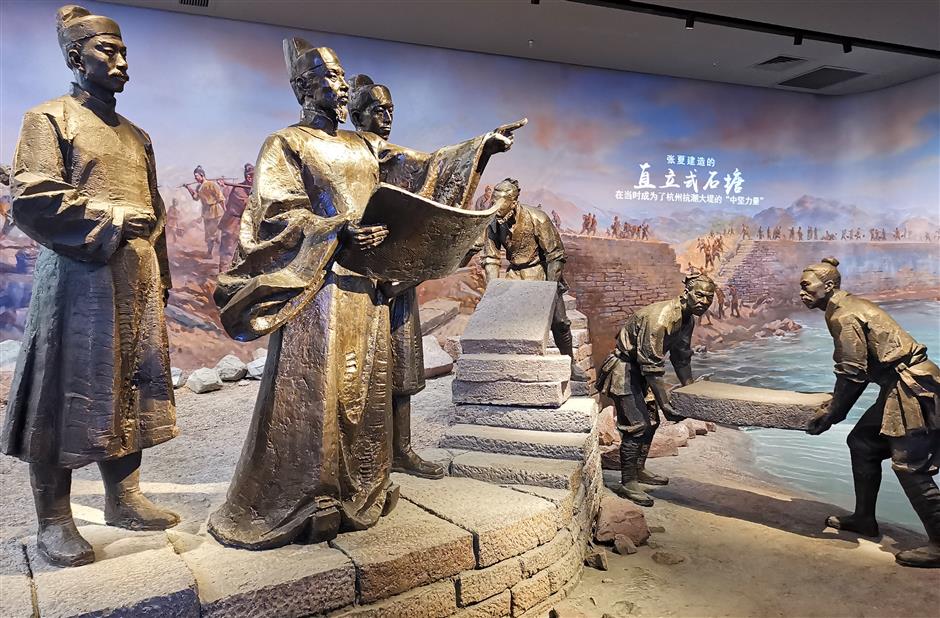 A scene shows officers planned to build seawalls with stones instead of mud to prevent the flooding of the Qiantang River.

Over succeeding dynasties, Hangzhou expanded eastward as sediment from the Qiantang River gradually formed new land to the east. Wuyue Kingdom seawalls were eventually abandoned and new ones were built.

Meanwhile, the economic and political focus gradually shifted from northern to southern China. Constructing seawalls became a national project of the royal court. A specific department was even established during the Song Dynasty (960-1279) to manage the walls.

New building methods and structures were innovated, which in return made the seawalls more solid and durable.

According to records, Hangzhou built seawalls more than 20 times during the Song. In 2015, the Hangzhou Archeology Institute discovered remnants from this era in modern Xiaoshan District.

In the museum, one excavation site of the Ming Dynasty (1368-1644) seawall is displayed in its original condition. Visitors can view the structure from an elevated glass platform.

Though timbers and bamboo have rotted or cracked after being buried and then exposed to air, they still represent the basic design: 14 layers of bricks piled into a pyramid structure.

Ancient people also created a type of glue by mixing glutinous rice paste and lime. It was plastered between brick layer to seal the structure. To prevent leaks, cracks were also filled with the glue.

Address: at the intersection of Jiumu Rd and Jiusha Ave 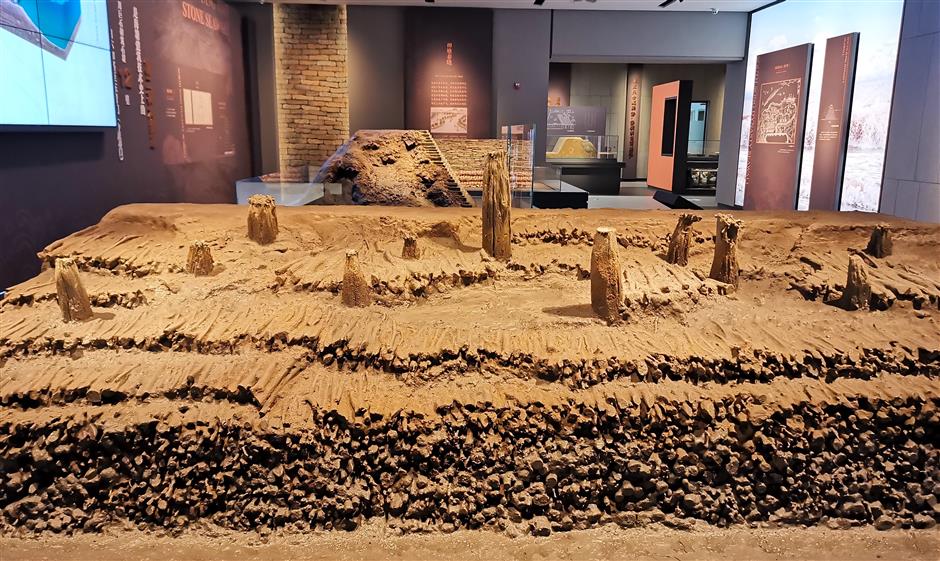 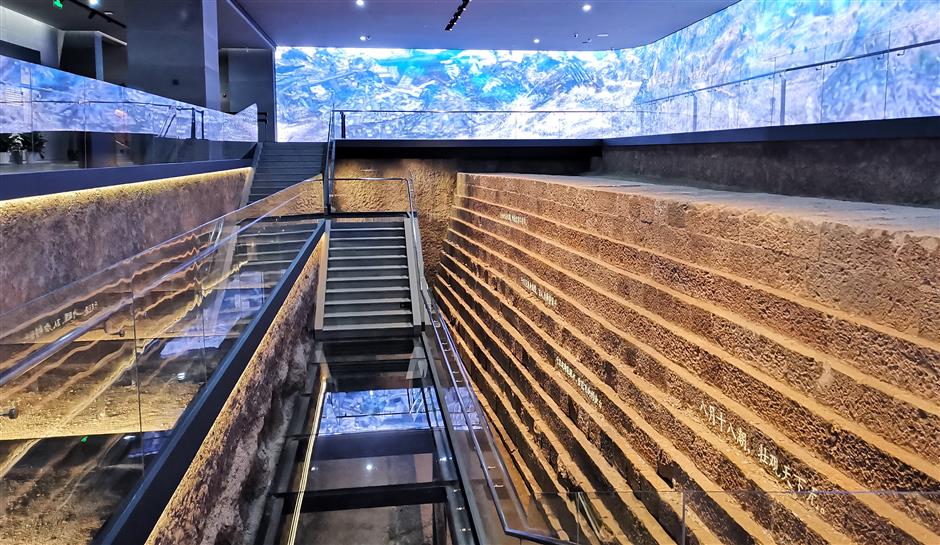