Surreal? Aligning science to the spiritual

In reality, scientists and philosophers have discussed for decades possible connections between science and the spiritual.

Many cite the Buddhist scripture Huayan Jing, or Avatamsaka Sutra, in which a visionary multi-universe is reflected in the tiniest particle. Others link the magnetic field to the invisible qi, the vital energy said to animate the body internally.

New York-born Laurence Brahm, who has retained a passion for Chinese culture since first arriving in the city of Tianjin in 1981 to study, has taken it further. 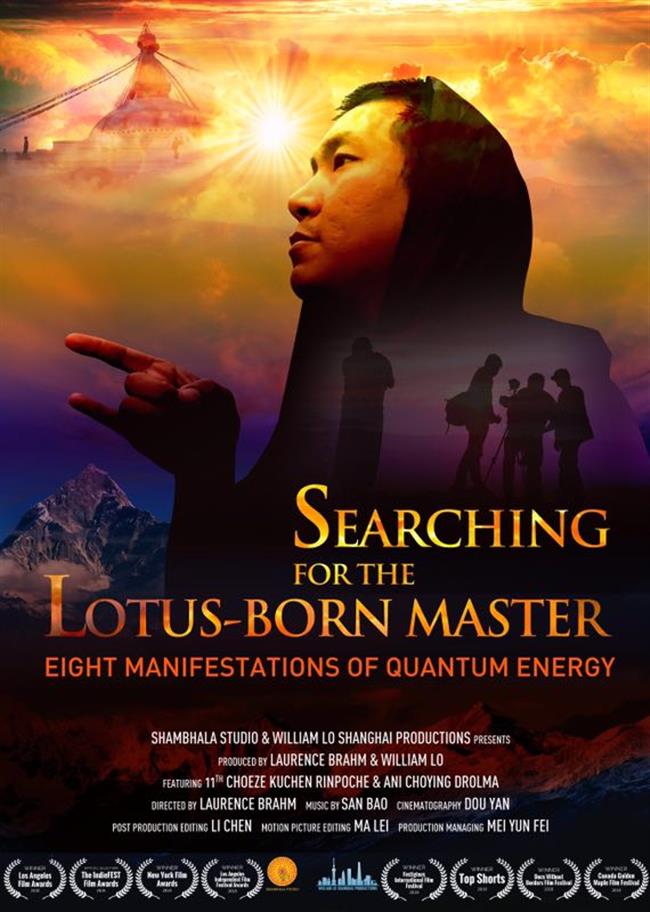 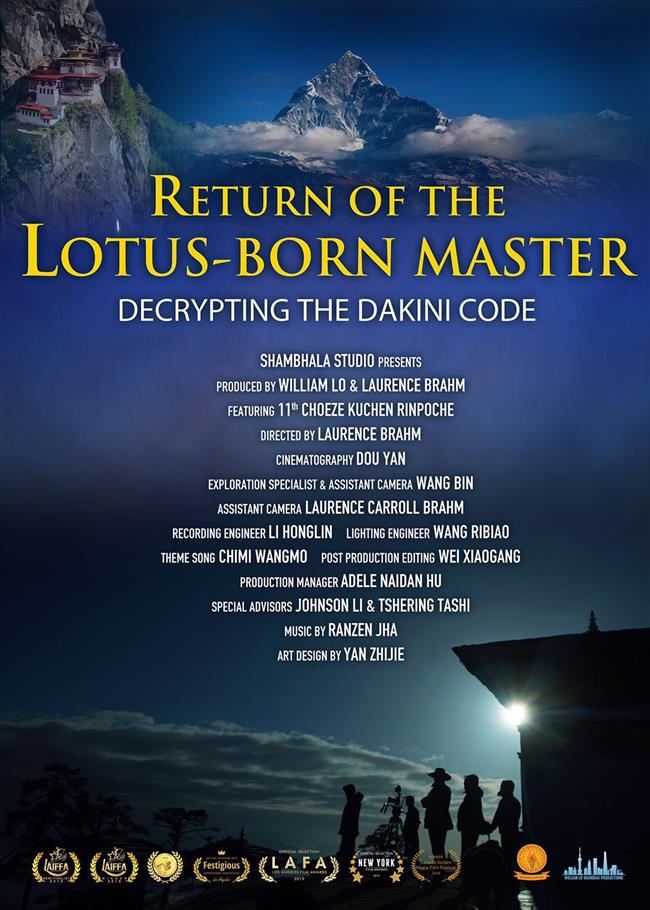 “The quintessential essence of Buddhism is a concept called Dharmakaya, which we understand as ‘emptiness’ in a quantum context,” Brahm explained. “This is the multi-dimensional, never-ending and never-beginning quantum field that knows neither space nor time. Its foundational structure has no configuration at all. Everything is happening simultaneously in empty, endless space simultaneously. That means all that emptiness is actually quite full, yet it is empty at the same time.”

His views may take some time for ordinary people to digest.

The corporate lawyer, political economist and international mediator was driven to filmmaking by his passion to explore. He took a team of researchers and a filming crew on three expeditions to follow in the footsteps of the Lotus-born master, or Guru Padmasambhava.

“The Lotus-born master was the founder of Tibetan Buddhism, and throughout our three film expeditions, we asked ourselves whether he might also be the father of quantum physics,” Brahm said.

Scaling the mountains that the 8th century Buddhist master crossed, sitting in caves where he meditated and viewing lakes where he was said to fly over mountains, the documentaries are mysterious and philosophical adventures — almost sci-fi at times.

Episode one explores how the “eight manifestations” of the 8th century Buddhist master reveal eight quantum energy fields. The manifestations, depicted in thangka paintings, murals and statues across the Himalayas, led the expedition team to decode what lies behind each of them.

“These involve the discoveries in the 7th and 8th centuries of electromagnetic energy fields, vibrational sound and light frequencies, and the use of certain metals to conduct electricity,” Brahm explained.

To prove his theory, the filmmaker cited his discoveries of ancient murals depicting the evolution of humans from monkeys and relics showing how locals used copper to conduct electricity.

In a sequel, he tried to understand how information can be stored in the universal hologram or “cloud,” waiting to be “downloaded” in the future.

Maybe ancient masters foresaw the future and stored knowledge for humans centuries later to “download.” That is not just an idea of Buddhism.

“Nature has a way of speaking to us naturally,” Brahm said. “That is what these natural revelations or ‘downloads’ are really all about. This concept exists in Buddhism, Taoism, Hinduism, Shamanism and in quantum physics alike.”

Connecting the past and the future even has relevance for the rapid, global spread of the coronavirus, he said.

“This global pandemic brings us back to prophesies presented in our sequel documentary,” said Brahm. “The guru envisioned a time in the ‘Age of Destruction,’ when mankind, through greed, short-sightedness and anger, would become self-afflicted by natural disasters.”

“Men will be ruled by anger, women ruled by jealousy, and youth will be forever distracted and unable to focus,” he cited from the “Age of Destruction.”

He said the next part of the prophecy is hopeful: The master would return, ridding the world of the demons of short-sightedness and anger.

“I believe after the pandemic is past, it will be time for us to herald a new era of Shambhala and to reorganize our global financial system without having one reserve currency as the single global clearing currency, and to undertake a massive shift from fossil fuels to renewables.”

He added: “We need to create a world where people understand the inter-connectivity of everything, care for each other, protect the environment that in turn protects us, and once and for all, end the extortionist gaps between rich and poor. Everyone works together for our tiny little planet to survive in this vast space of darkness.”

This quest for the new era led him to inquire about decoding the message in the “cloud.”

“It looks at the question of what is time and space, and whether the mind is actually located in our brain or in the universal hologram or quantum field itself,” he explained. “We discovered that the key to enable download access lies in an energy field that could be described as neutral or feminine.”

The discovery led naturally to his third project, now in progress, which explores the feminine or neutral energy field. 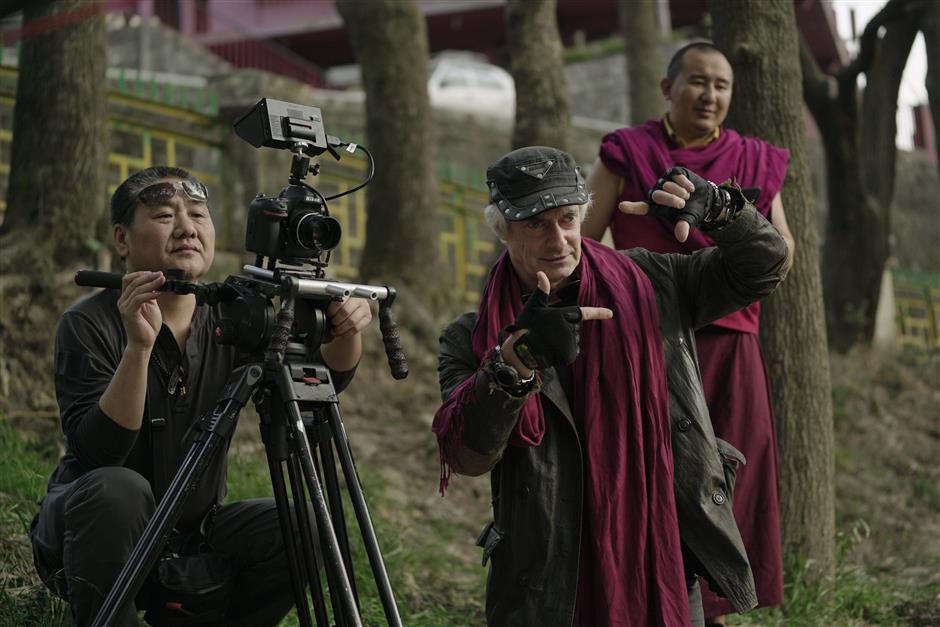 Retaining his passion for Chinese culture, New York-born Laurence Brahm has made two films in the “Lotus-Born Master” documentary series, and a third is in progress.

According to Brahm, the Lotus-born master had five Dakini — a female energetic being — consorts whose subtle energies activated his yang quantum fields.

“In the third film, we seek to understand what those energies really are,” Brahm said. “Is feminine, Shakti or yin energy something associated with the Higgs boson or dark matter? Is it derivative of the black hole that lies at an access point on the event horizon? These are the questions that we will seek to find answers to.”

The Higgs boson is an elementary particle. Dark matter refers to what astrophysicists consider to be 85 percent of matter in the universe that cannot be seen with current technology. A black hole is a region of space-time with such strong gravitational acceleration that even light cannot escape. And an event horizon is a boundary beyond which events cannot affect the observer.

Now safely returned to Beijing from the United States, Brahm said he is reminded of a simple mural common in monasteries, nunneries and private homes across the Himalayas. The brightly colored mural shows four animals under a tree and illustrates a Tibetan folk story.

An elephant, a monkey, a rabbit and a bird have an argument over which animal has the closest relationship with the tree.

The elephant proclaims that he basks under its shadow every day. The monkey says that he eats the fruit. The rabbit says he nibbles its roots. But unlike each animal that takes something from the tree, the bird humbly says that he is the closest because he was the one who carried the seed that grew into the tree.

“The story reminds us of the inter-connectivity of all beings — and the importance of giving rather than taking,” Brahm said with a chuckle, “and this story should be included in business school curriculum across the world.” 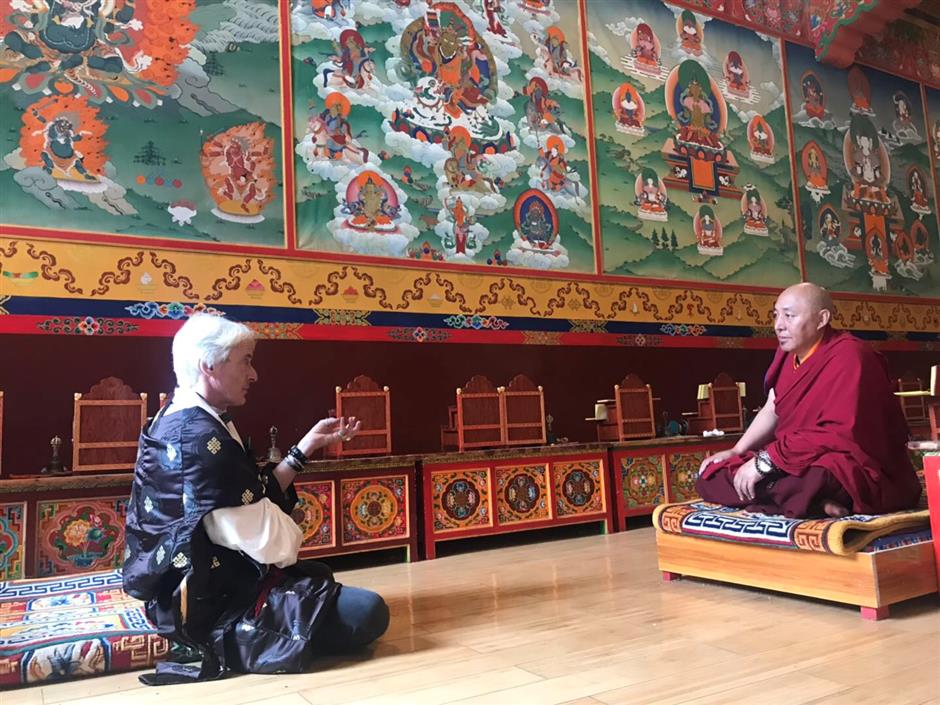