Amid a large farm field of canola flowers in full bloom, a handicraft workshop in Baoshan District focuses on the traditional folk art of cross-stitch embroidery, which has a local history of hundreds of years.

In the farmland surrounding the workshop in Luojing Town, women working in the fields wear homespun kerchiefs to shield their faces from the sun. The kerchiefs are decorated with the tiny crosses of this distinctive embroidery.

The color of the fabric signifies a woman’s role in the family. If she wears a green kerchief, she has been married less than a year. Blue kerchiefs signify grandmothers, while white ones are worn by the unmarried and everyone else.

“Women care about their appearance at all ages,” says workshop operator Zheng Xiaorong, 41, an “inheritor” of the folk art. “In order to look attractive, Luojing women decorate cloth with cross-stitch.”

The workshop is imbued with the deep, sweet fragrance of eaglewood. Wearing a red cheongsam, Zheng is stitching a cherry blossom, a flower also in bloom this time of year.

“I have three essential tools for cross-stitch: a needle, an incense burner and tea ware,” says Zheng. “Stitching requires patience, and the incense and tea keep me calm. In the still of the night, when I am stitching, I can even hear the “voice” of the needle passing through the fabric. That is the most enjoyable moment of the day.” 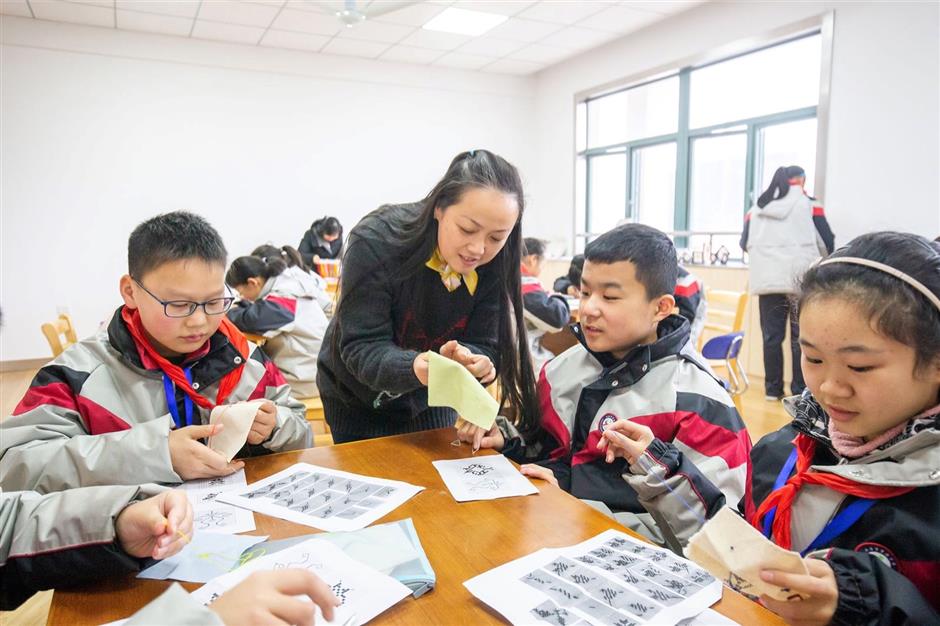 Zheng Xiaorong, 41, teaches Luojing cross-stitch at a middle school. Boys as well as girls show interest in a style that distinguishes their town.

Turning over the cherry blossom piece she is working on, Zheng shows me what she says is the most significant feature of Luojing cross-stitch — evenly distributed dots on the reverse side.

Luojing’s long association with cross-stitch began with its history as a center of cotton cultivation and weaving techniques pioneered by Huang Daopo (1245-1330).

“In the beginning, due to the lack of dyeing techniques, most fabric was white — an unlucky color associated with loss and mourning in the Chinese culture,” says Zheng. “Therefore, Luojing women colored white cloth with threadwork.”

Compared with the well-known Suzhou embroidery, which is done on silk satin and features portraits, animals and landscapes, Luojing cross-stitch is more functional and abstract.

She remembers the bygone era when the marriage of a Luojing daughter required her family to provide at least three cross-stitch aprons in a dowry. One of them was used to wrap an “offspring package” containing vegetables, meat, dried fruits and nuts. According to local tradition, only a bride’s nephew could carry the package to the bride’s mother-in-law.

Two more cross-stitch aprons in the dowry were used as a mat so that the bride’s feet never touched bare earth. Relatives moved the aprons as the bride walked to the bridal chamber.

“Before the popularity of wedding candies, cross-stitch aprons were also sent by a bride as gifts to the female elders of her husband’s family,” says Zheng. “It was considered a way for the new relatives to assess the bride’s housekeeping abilities.” 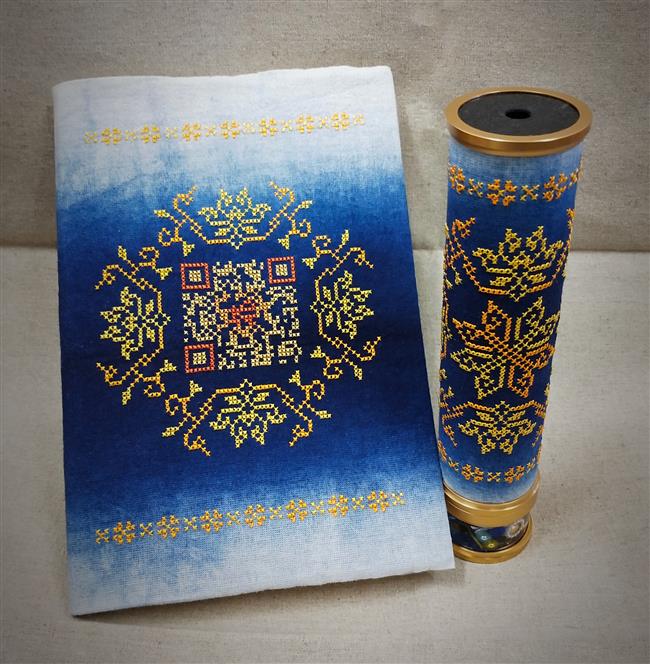 A notebook and kaleidoscope decorated with cross-stitch embroidery

“There are actually more than 30 separate patterns,” says Zheng. “Instead of drawing the outlines on the cloth, we simply embroider from what we directly see.”

For Zheng, a needle is equal to a pen.

Recently, she made about 20 cross-stitch badges featuring olive branches, the icon of Red Cross and the names of Baoshan doctors who were sent to assist Wuhan during the coronavirus epidemic. The badges were given to the medics.

She did the embroidery at night, after working by day as a community volunteer.

Zheng says her interest in handicraft began during her days at a girls’ school. However, she didn’t know Luojing cross-stitch until 2016, after giving birth to her second child.

Staying at her mother-in-law’s home in Luojing, Zheng encountered a group of elderly women skilled in cross-stitch. Under the guidance of Chen Yu’e, an “inheritor” of the technique who is now in her 70s, Zheng quickly developed a passion for the local embroidery.

“Although I have been engaged with Luojing cross-stitch for only three years, I feel like three decades have passed,” says Zheng. “For me, it is like a dream.”

Both she and her husband were working in downtown Shanghai before they quit their jobs and moved to Luojing Town on the northern outskirts of the city.

“The pace of life was too rapid downtown, and we missed a lot of sights along the way,” says Zheng.

In addition to stitching and archiving patterns, she also teaches cross-stitch at a local middle school. Even the boys show some interest in the folk art, she says.

“There is no gender gap and no true or false in stitching,” says Zheng. “Students can enjoy the process of expressing their thoughts and feelings through this art.”

Luojing cross-stitch was designated an intangible cultural heritage of Shanghai in 2007.

Zheng has moved beyond traditional cross-stitch items to extend the embroidery technique to contemporary products such as earrings, handbags and notebooks. 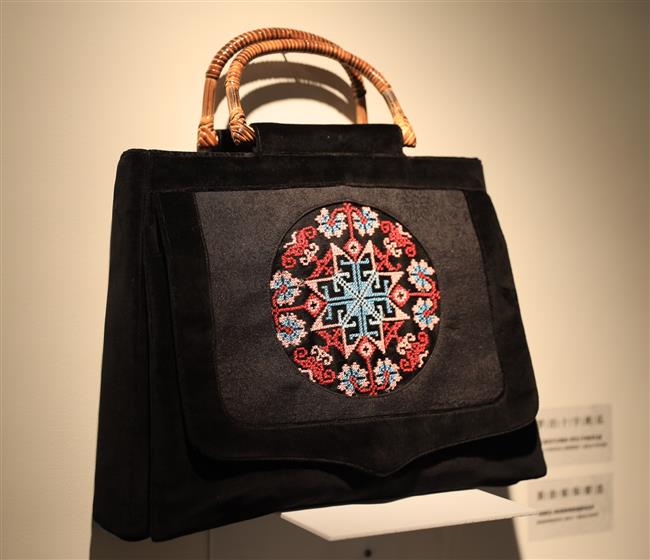 The 300-year-old Luojing cross-stitch technique has been applied to contemporary products like handbags and wallets.