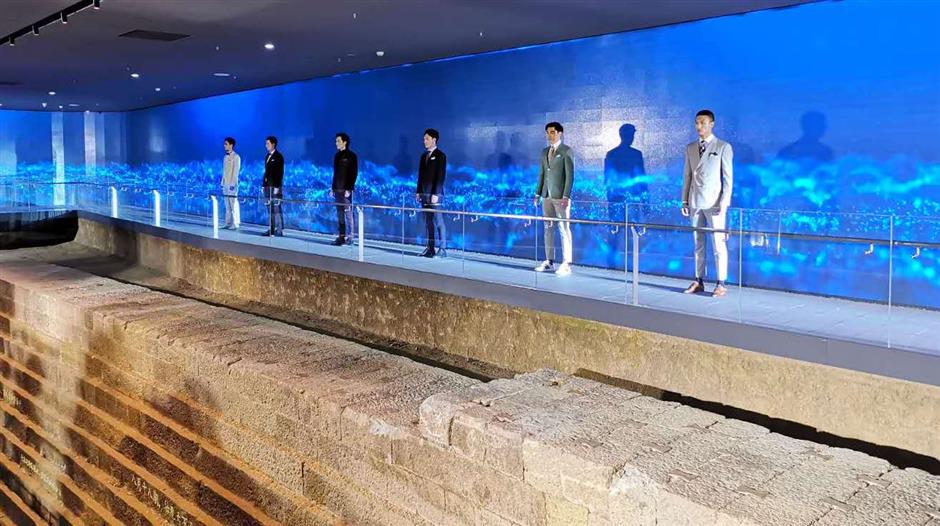 Models walk, strut and pose on the glass platform with the ancient seawall underneath during a fashion show held at the Museum of Seawall Site of Hangzhou, showcasing YBREN Co’s spring collection. The suits sparkled under the collision of modern elements and ancient civilization.

An ancient seawall became a fashion show runway on April 20 as models walked, strutted and posed while photographers clicked away.

The show at the Museum of Seawall Site of Hangzhou to showcase YBREN Co’s spring collection was livestreamed online.

“We originally planned the show for the Lantern Festival which was on February 8, but had to postpone because of the COVID-19 outbreak,” said Xu Yehong, vice president of YBREN Co. “Over the past two months, we were searching for ideal locations. Finally, the museum offered us an olive branch.”

YBREN is a popular brand based in Hangzhou offering custom-tailored services to 2.5 million registered clients across 142 cities throughout China. Its business is mainly focused on suits and wedding gowns. 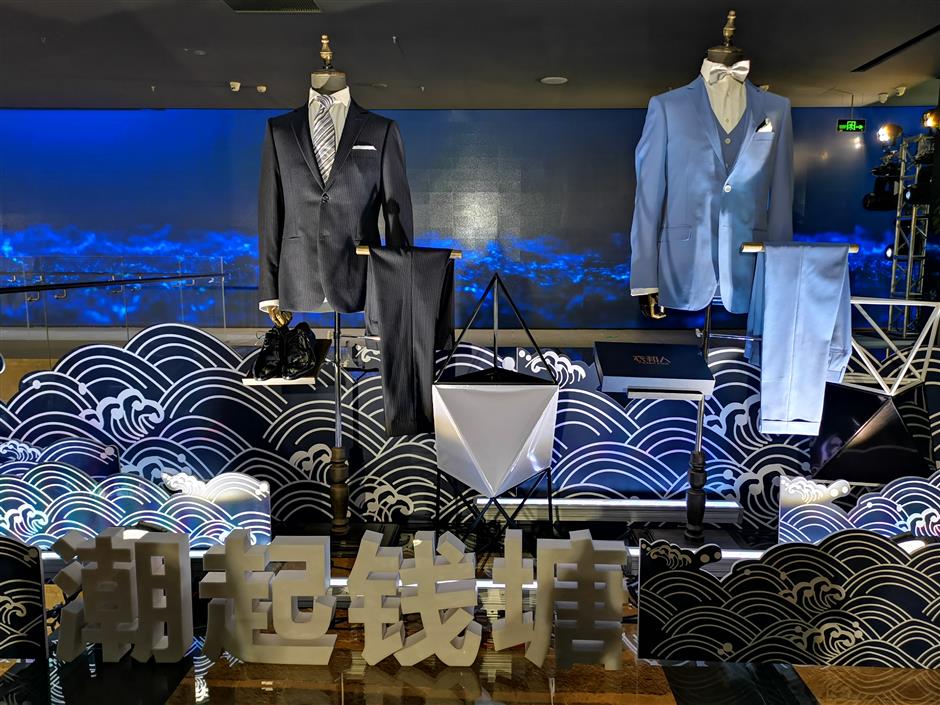 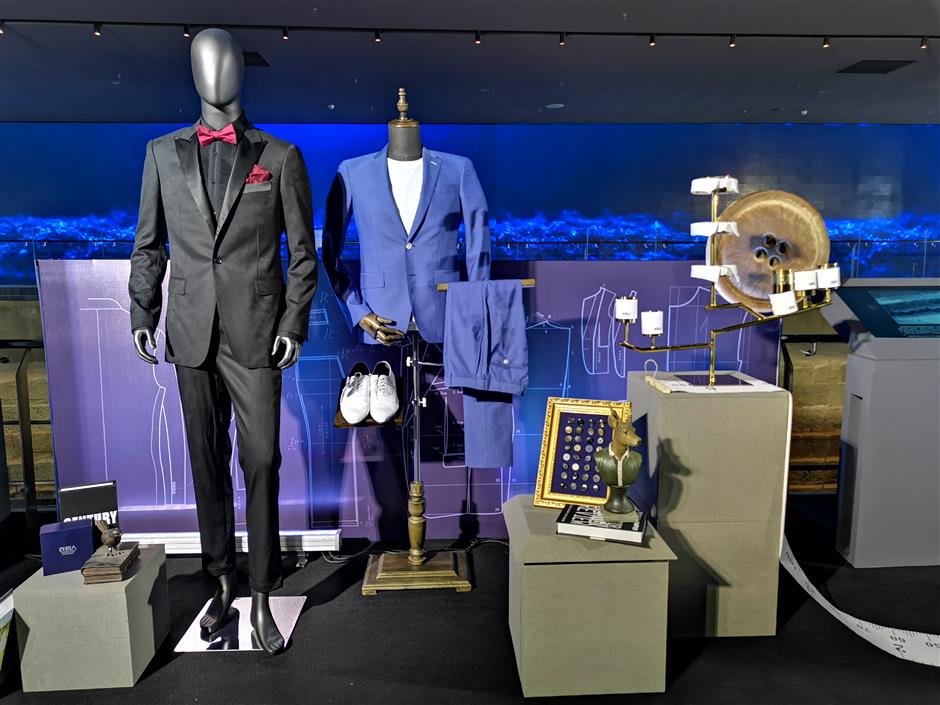 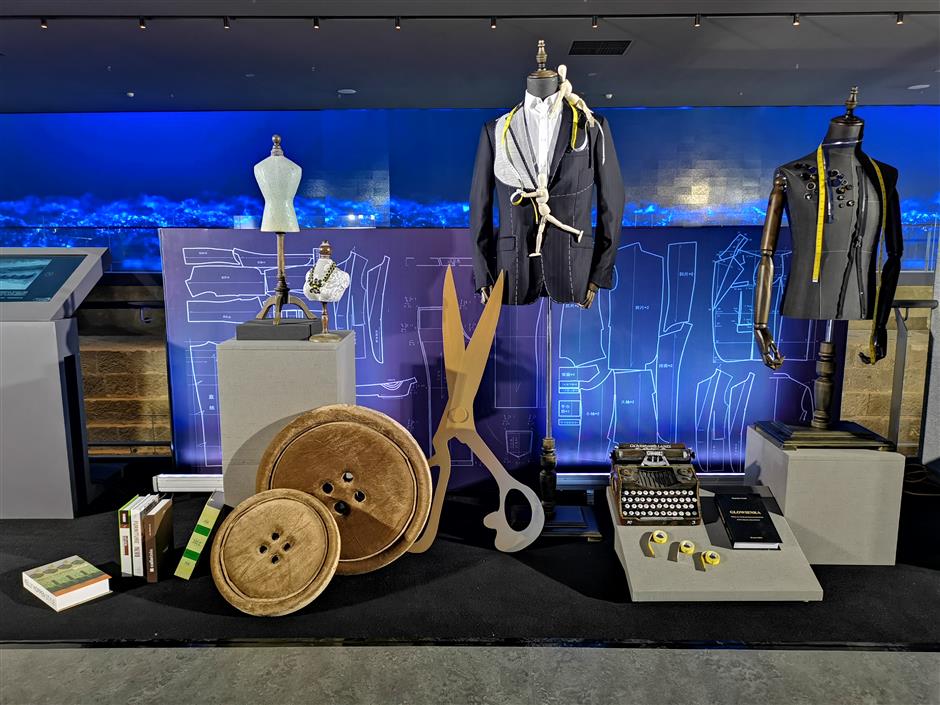 When government officials visited the company last month, they found it had no place for its show, since public space couldn’t be used because people were not allowed to gather, while commercial locations could not provide sufficient equipment for epidemic prevention.

“We can take advantage of museum venues to support local companies, building a bridge linking cultural and commercial resources,” said Yao Qian, curator of the museum.

“A batch of garment companies have turned to us for cooperation. Our museum is designed with multimedia equipment and a suspended glass platform, which is ideal for fashion shows.”

The Museum of Seawall Site of Hangzhou opened to the public in January. As the first museum of its kind in the country, it highlights ancient Chinese people’s wisdom and determination in conquering the raging tides of the Qiantang River. 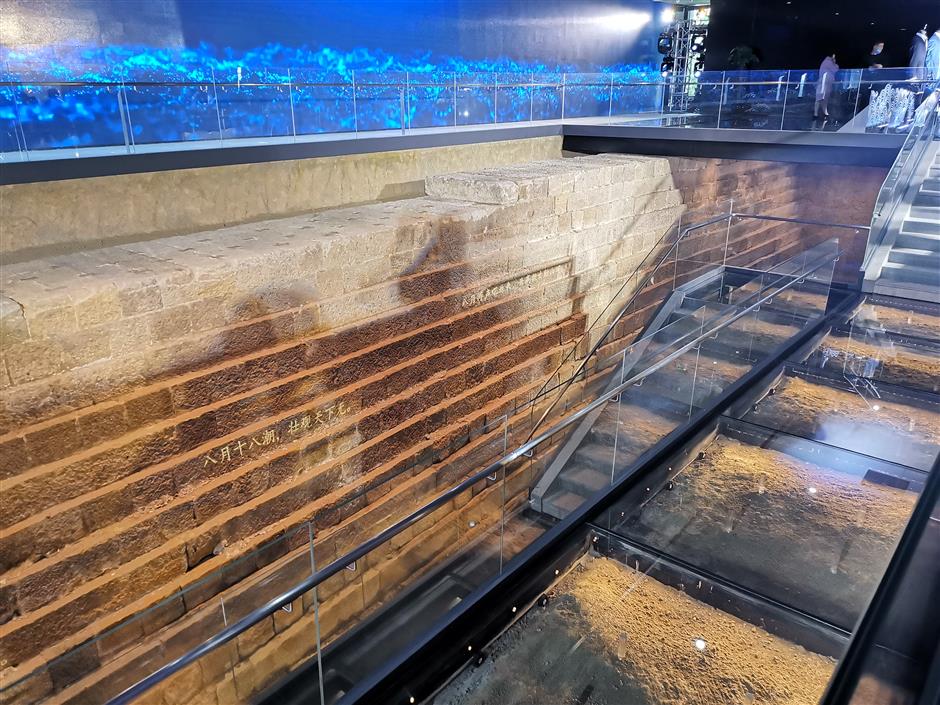 The glass platform is above remains of the ancient seawall.

In 2013, when the local government was building a sports center, segments of ancient seawall were unearthed after being buried for centuries. To protect the relics, the museum was built on the original site afterward.

One seawall excavation site from the Ming Dynasty (1368-1644) displays its original condition. Visitors can view the structure from the elevated glass platform.

“Models walked on the glass platform with the ancient seawall underneath. The suits sparkled under the collision of modern elements and ancient civilization,” said Xu.

In ancient times, Hangzhou people struggled with the roaring waves, and eventually built their own “Great Wall” between the water and the city. The seawall became a symbol of bravery and perseverance.

“People are facing difficulties in 2020 because of the epidemic. We hope Hangzhou citizens can carry on their forefather’s spirit persistently and conquer the hardships,” said Yao.

At the fashion show, YBREN Co signed a contract with the Jianggan District government. In the coming years, the two sides will further mutual cooperation in building a new retail chain. 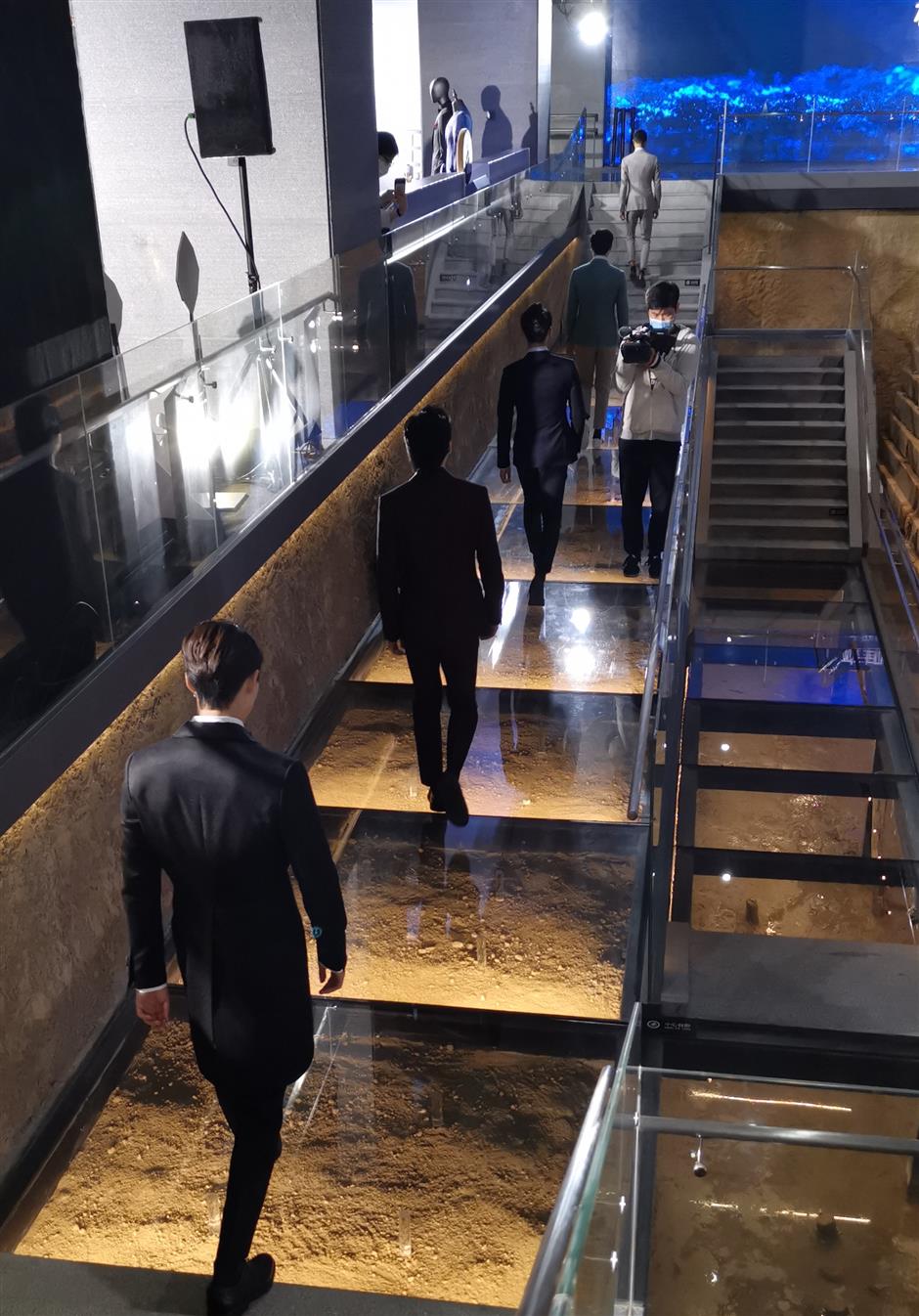 Models strut their stuff over the ancient seawall.

The company is located in the 3-square-kilometer Qiantang Smart Town, which was established in 2015 as a hub for intelligent manufacturing and garment industries in the district. There are plans to expand the zone into a major innovation center in eastern China.

The smart town has gathered more than 4,000 companies, including 240 digital fashion companies. The cluster effect and abundant resources give the town the edge to form a new retail chain bonding e-commerce and the traditional garment industry.

As for the museum, the fashion show was a trial in exploring new possibilities.

“The epidemic makes us think out of the box and figure out new ways,” said Yao. “We should cash in on the trend of livestreaming and online resources, promoting the museum amidst more and more young people.”

During its closure because of COVID-19, the museum has livestreamed its collections and venues, attracting around 20,000 online visitors. It reopened on March 23.

“As a new museum, online visitor numbers have exceeded accumulated offline numbers, which actually pointed to a new direction for our future development,” Yao said.

In the coming months, the museum will invite a filmmaking team to shoot a series of shows telling the stories of figures and history related to the seawall. The shows will be screened on social media.

“That is also a trial of combining the offline museum with online resources,” Yao said. “When people watch the show, they will become interested in the venue and come to visit later.”

A face mask is required at all times. Visitors must show their green health QR code and have their temperature checked on entry.