The exhibition “Infinite Compassion: The Calligraphy of Zhao Puchu” is currently on display at the Shanghai Museum to commemorate the 20th anniversary of Zhao’s death.

Born in 1907 in Taihu, east China’s Anhui Province, Zhao initially studied at Soochow University, later teaching himself Buddhist doctrine. He served as president of the Buddhist Association of China from the 1950s until his death in 2000.

Zhao lived and worked in Shanghai for many years. He loved the city and made considerable contributions to its liberation and construction.

The exhibition is named after Zhao’s study, Wu Jin Yi Zhai, or Study of Infinite Compassion, written during his Shanghai residence. Presented by his family, the exhibition features Zhao’s handwritings, documents and other articles, offering viewers a glimpse of every stage of his life. 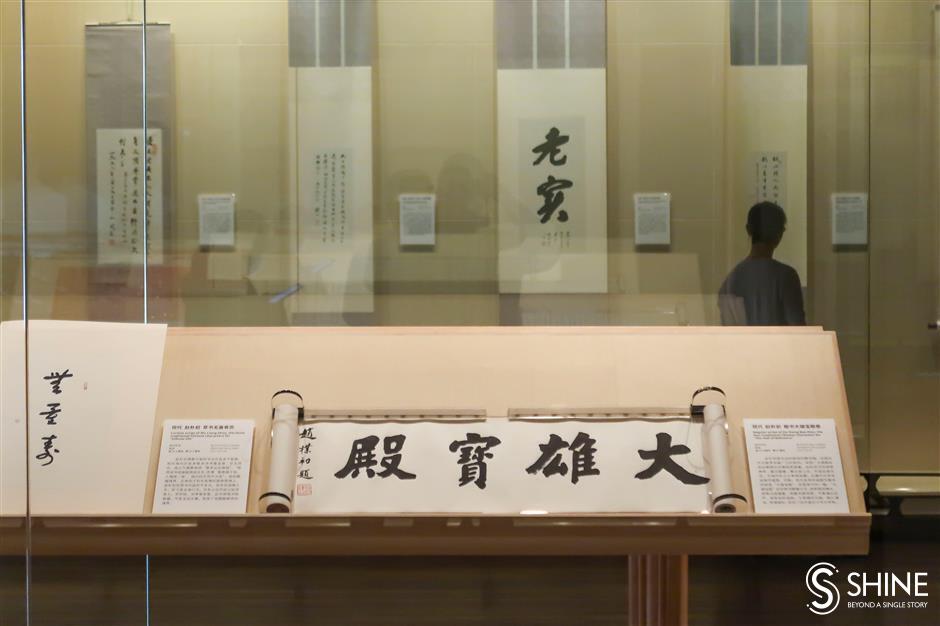 The exhibition features Zhao’s handwritings, documents and other articles.

Moreover, Zhao achieved extraordinary success in classical Chinese poetry and haiku. He was a world-renowned author, poet and calligrapher with distinctly elegant handwriting.

“From his calligraphy works, we see not only the artistic writing of Chinese characters, but also the inner world of a great patriot who pursued progress and sought the truth throughout his life,” said Zhao Lihong, vice chairman of the Shanghai Writers’ Association and chairman of the Zhao Puchu Research Society.

﻿
Special Reports
﻿
61829
,
Zhao Puchu calligraphy show under way at Shanghai Museum
Culture of the Silk Road goes on display
Tilling and weaving a fabric of life
For precious art in poor health, the doctor is in
Metacollage: where East and West intertwine
Iconic red-brick facade reminiscent of former glory of innovative hospital in city
Women wear their hearts on their sleeves
Only surviving 'safe' held empires' top secrets
Chinese filmmaker gets teeth into new series
Art gallery weaves a tale of cultural history
EXPLORE SHINE