Shanghai No. 4 People’s Hospital, one of the largest public hospitals in northern Shanghai, will celebrate its 100th anniversary next year. But it’s rarely known that it was founded as a modern Japanese hospital named “Foo Ming” in 1921.

“Among the dozens of Western hospitals of certain scales in old Shanghai, Foo Ming Hospital was a leading one in terms of facilities and medical skills. The hospital attracted many celebrities and social elites to seek medical care, such as Chinese writer Lu Xun and actress Ruan Lingyu,” said Lu Min, a medical historian and director of No. 4 Hospital’s library.

The hospital’s archives preserve an old advertisement that claimed “The Foo Ming Hospital is the only Japanese hospital of its kind in Shanghai and its new seven-storied building, equipped with the latest devices from America, Germany and Japan, makes it one of the outstanding medical centers in the Far East.” 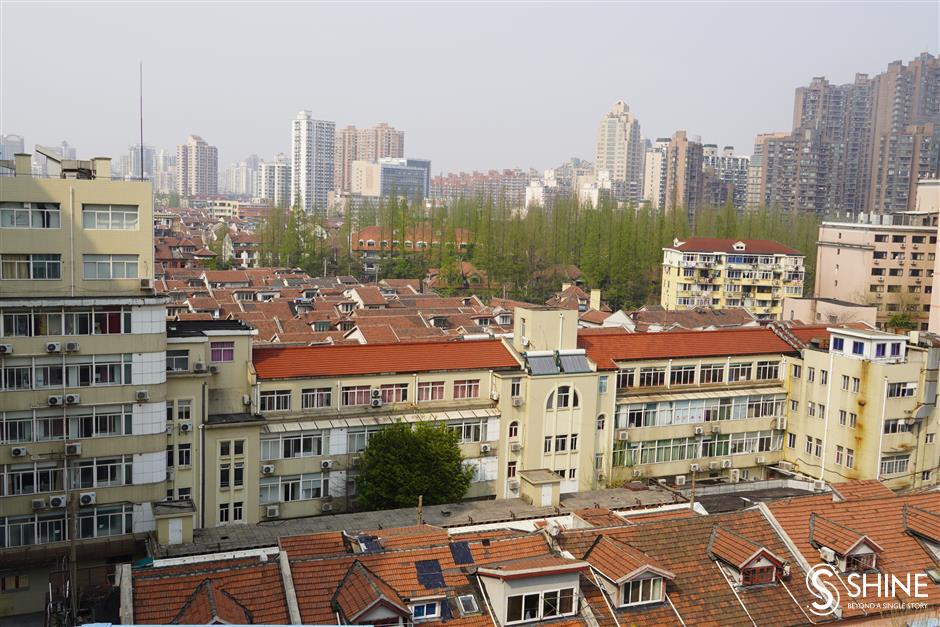 Shanghai No. 4 People’s Hospital was founded as a modern Japanese hospital named “Foo Ming“ in 1921.

The “new seven-storied building” still stands in the center of Shanghai No. 4 People’s Hospital. It’s now used as Building No. 2 for medical treatment, filled with busy doctors, nurses and patients, most of whom are residents of Hongkou District.

Renovations have added floors on top of the beige-hued building and changed some of its appearance. However, the simple-cut facade is still graced by a curved entrance and long, continuous windows, displaying architectural features of the 1930s, a modern era of Shanghai. 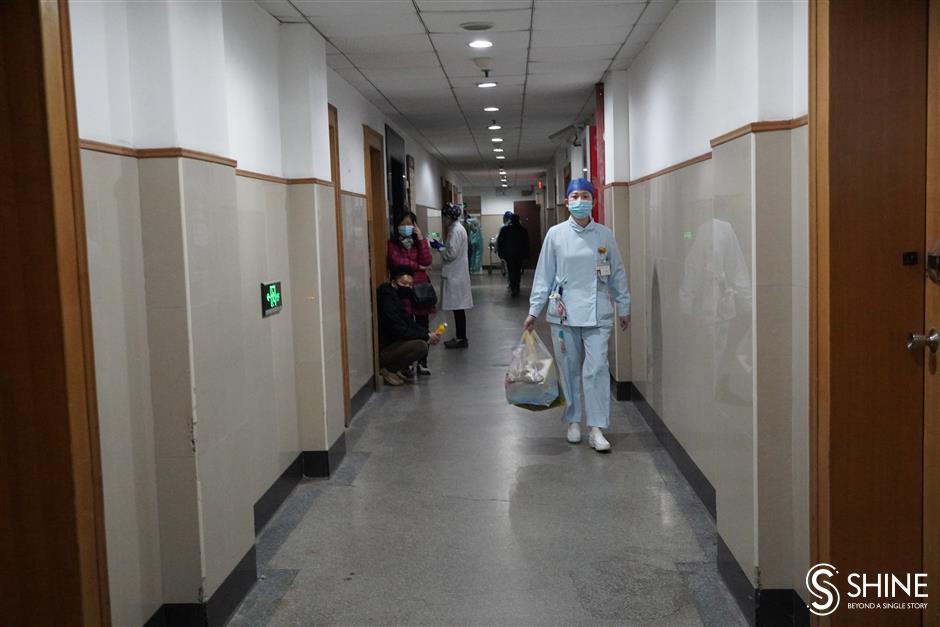 The building built in 1934 is still used for medical treatment, filled with busy doctors, nurses and patients, most of whom are residents of Hongkou District.

In 1934, this building was opened as the new hospital wing with a “colorful ceremony.”

According to a report in the China Press, the new wing was a seven-floor structure built at a cost of US$400,000, including the latest scientific equipment. The ground floor was reserved for the treatment of outgoing patients, while the second floor treated children, with specially trained nurses in charge. The maternity ward and a special department for the treatment of eye, ear, nose and throat diseases was located on the third floor. The operating room was equipped with up-to-date scientific apparatus. In addition, sunshine treatment for invalids was provided and three X-ray machines were installed in the new wing.

“The rooms of the new building were provided with ample windows and a plentiful supply of sunlight is let in. The Foo Ming Hospital has been giving treatment to all nationalities and its new expansion is bound to increase its efforts towards the combatting of all disease of which residents of this city might be inflicted,” the China Press reports.

The hospital proudly printed a picture of the new building in the advert and noted that although Dr Yutaka Tongu, the hospital’s founder/president was Japanese, his institution was “decidedly international.”

The building was well designed with full consideration of partitioning, air-conditioning, lighting and sound insulation. 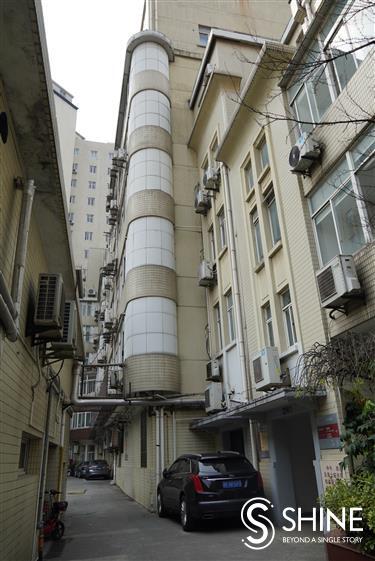 A recent photo of the building

In addition to the orthopedics of Dr Tongu, there were various departments such as internal medicine, pediatrics, urology, obstetrics and gynecology, ophthalmology, otolaryngology, traditional Chinese medicine, dentistry and radiology.

The hospital was run by an international team of more than 500 employees. The doctors were Chinese, Japanese and Europeans. Most of the nurses were Chinese and the hospital porters were Indian.

Lu Min notes that the hospital’s name was given by famous Shanghai artist Wang Yiting.

“A friend of Dr Tongu, Wang Yiting, suggested to him that a hospital in China should have a name imbued with Chinese characteristics. ‘Foo Ming’ means ‘benefit people’ in Chinese. His advice was well accepted by the Japanese doctor,” Lu said, adding that Dr Tongu was also president of Shanghai Japanese Medical Association. 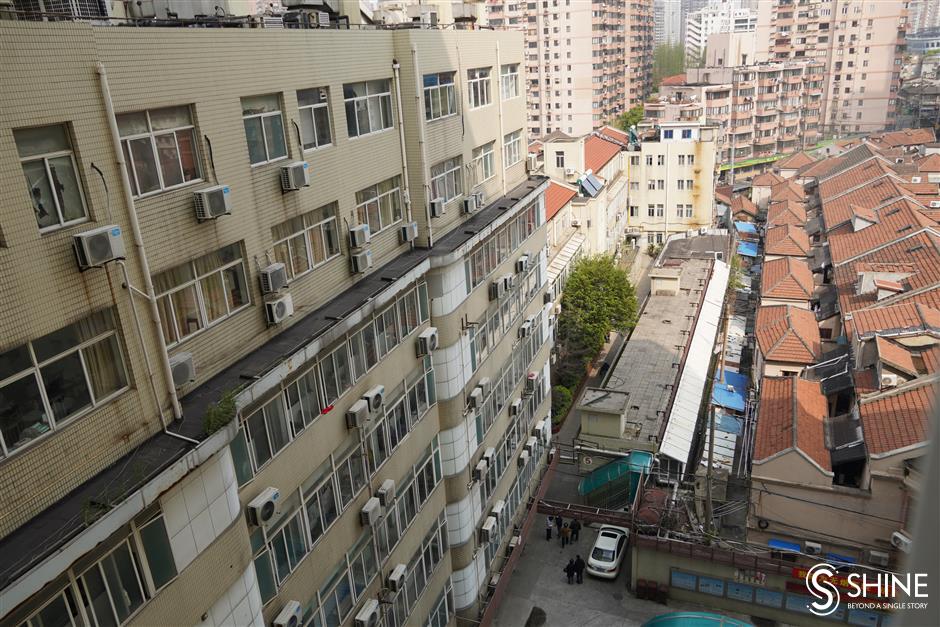 Renovations have added floors on top of the beige-hued building and changed some of its apperance. However, the simple-cut facade still displays architectural features of the 1930s.

Both this nice name and the advanced medical service won many Chinese patients and friends for Dr Tongu. Foo Ming Hospital was often-visited by famous writer Lu Xun, whose home was only several blocks away from the hospital. His son Zhou Haiying was born in the hospital on September 27, 1929.

Lu Xun wrote in his diary on October 23, 1933 that he invited Dr Tongu and his fellow Japanese doctors to a banquet in a famous Hangzhou-style restaurant. The dinner was in gratitude to their efforts and superb skills for curing his friend Zhang Xiehe’s second son who was seriously ill in the summer of that year.

According to the book “Shanghai Japanese Cultural Map,” Dr Tongu was born in 1884 and graduated from the University of Tokyo’s medical department. Foo Ming Hospital, founded by him in 1921, was not only a famous comprehensive hospital in Shanghai, its scale was also rare in Japan at that time. 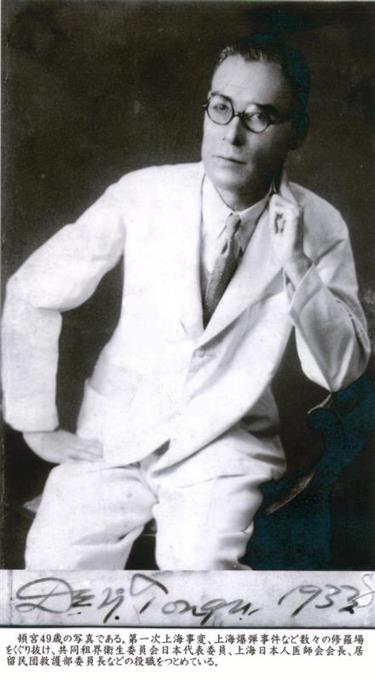 “Dr Tongu believed patients were all guests of the hospital, no matter what nationalities or classes they belonged to. He broke a tradition that Japanese hospitals generally served only Japanese and regarded Chinese as the hospital’s major patients,” Chen Zu’en, a researcher from Shanghai Academy of Social Sciences, wrote in the book.

Today, it’s a comprehensive hospital with complete departments, advanced equipment, incorporating medicine, education, research and preventive medicine. During the hospital’s rich history of development, it has employed many of China’s top medical experts. Later this year the hospital will move to Jiangyang Road S. and the new hospital compound will have 1,000 beds with 2,000 employees. 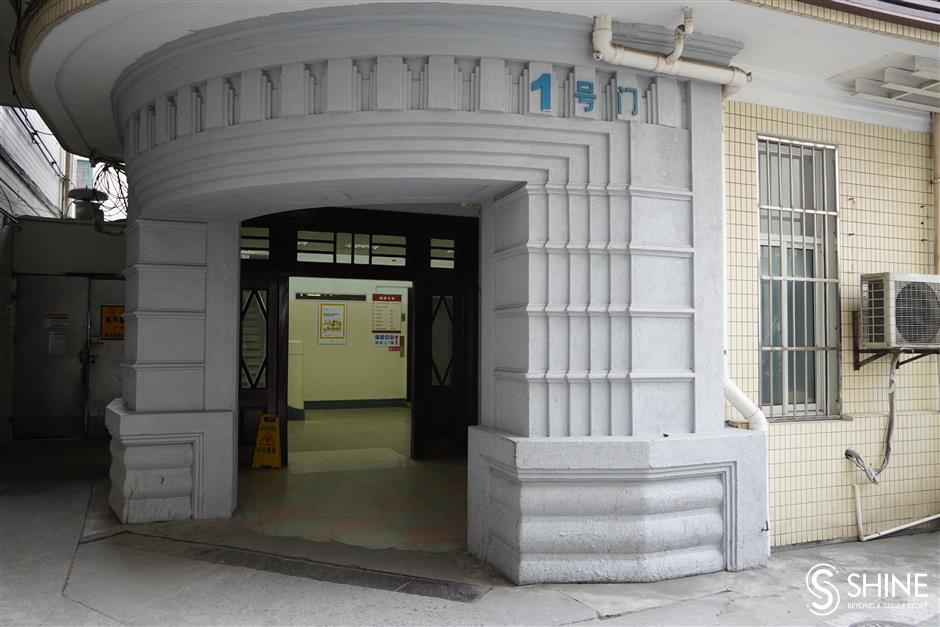 The modern building is graced by a curved entrance.

Last month, the hospital hosted a ceremony to welcome a team of 15 medical workers who had been sent to aid hospitals in Wuhan for treating COVID-19 patients. The hospital’s head nurse, Zhang Yuping, who volunteered to join the team in January, was awarded “China’s most beautiful family for fighting COVID-19 virus” on May 15.

Today, the core value of the hospital is to “strive for better through innovations and benefit people”, which mirrored a sentence from the 1930s advertisement preserved in the hospital’s archives.

“Dr Tongu hopes that his hospital will not only play an important role in Shanghai’s battle against disease, but that it will do much toward cementing the bonds of friendship between all people resident in this most cosmopolitan city of the world,” the advertisement said.

Shanghai No. 4 Hospital is moving away from its original  beige-hued modern building, but the medical spirit that originated there will be carried on at the hospital’s new base. 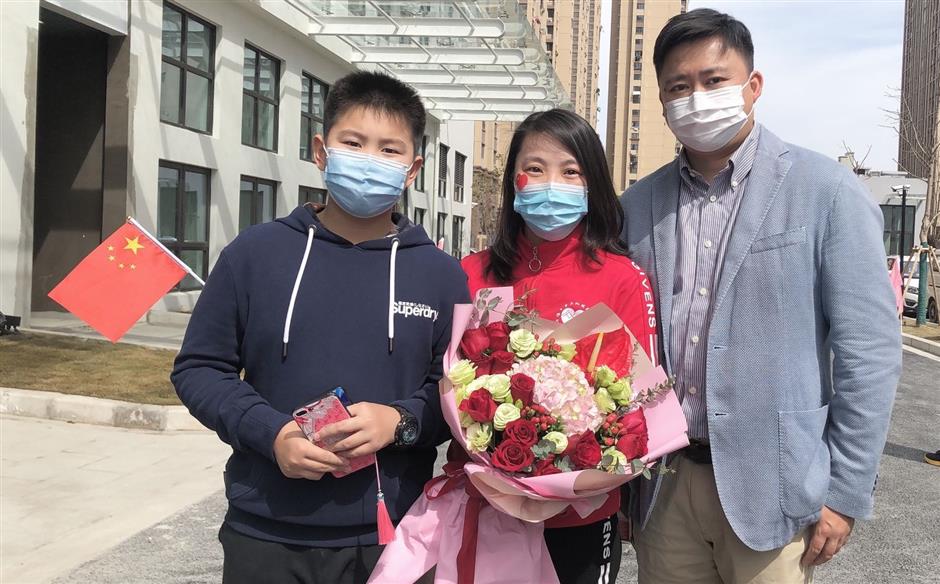 A terrible tragedy was enacted early on July 5 at the Foo Ming Hospital, North Szechuen Road, resulting in the murder of a Japanese dancing girl and the suicide of a Fillipino after he had shot her as she lay helpless in her bed.

The girl, who worked as a dancing partner in the Venus Café, off Jukong Road, was in the café on July 4 when her Filipino lover appeared and the two had a quarrel, ending the relationship which had existed for several months. Broken-hearted the girl disappeared and at 9 o’clock was discovered in extremis from the effects of poison.

Detective-Sergeant Taylor arrived from Hongkew Police Station to handle the case and the girl was removed to the General Hospital. First aid was administered and she was then transferred to room 101 Foo Ming Hospital for Japanese, in North Szechuen Road. Here both doctors and police worked hard to save her life. And at about two o’clock, Dr Murai, who was in charge of the case, announced that she would recover. It was discovered that she had swallowed 54 tablets of calmotine.

At 3am, another Filipino, who was known as “Johnny” among the cabarets of North Szechuen Road, to which he was a constant visitor arrived at the hospital and requested to see the patient. “Johnny” had been the predecessor of his compatriot in the affections of the girl. Hearing that she had attempted to commit suicide, he presented himself at Foo Ming Hospital and begged the nurse in charge to allow him to sit with her and look after her. The nurse having no suspicion of his intentions allowed him the privilege.

Shortly afterwards, the nurse had to proceed on her rounds of the wards and the man was left with the girl. A few moments later the patients in room No. 103 heard several shots fired, but being frightened made no effort to discover the cause.

When the nurse returned at 3:30am, she found the girl dead with one bullet wound in her head and another through the heart. Lying beside her was the body of the man, also shot, one bullet having entered his head and two into his heart. In his hand was a small caliber pistol.

A verdict of suicide was returned by Commissioner A. Krisel, sitting as coroner, in the United States Consular Court on July 8 in the case of Juan Y. Alonzo, found dead in the Foo Ming Hospital beside the body of the Japanese dancing girl.

According to the verdict, the young Filipino died from three self-inflicted bullet wounds. The boy left a note explaining his hope of going “Out West” with his former sweetheart and ending with a blithe “Cheerio, Johnny.”