The show, which provides an insight into the distinctive charms of Peking Opera, is part of the ongoing Quality Life Week in Shanghai.

Wang, known for her deep and mellow voice in laosheng (old male) roles, introduced scenes, makeup, props and costumes from the theater to online viewers. She also performed several excerpts from classic plays.

Wang said that the city of Shanghai has inspired many theater masters with its culture and lifestyle.

“I am still a student in this field who has a lot of dreams,” said Wang.

In recent years, Wang has made a number of attempts to cultivate young enthusiasts of Peking Opera.

In March, she staged a Peking Opera talk show “Meet You On the Stage.” A second is under production and expected to gather more Peking Opera performers to talk about the ancient art form’s development and behind-the-scenes stories.

She considers variety and livestreaming shows a good way to shorten the distance between traditional theater and young viewers. 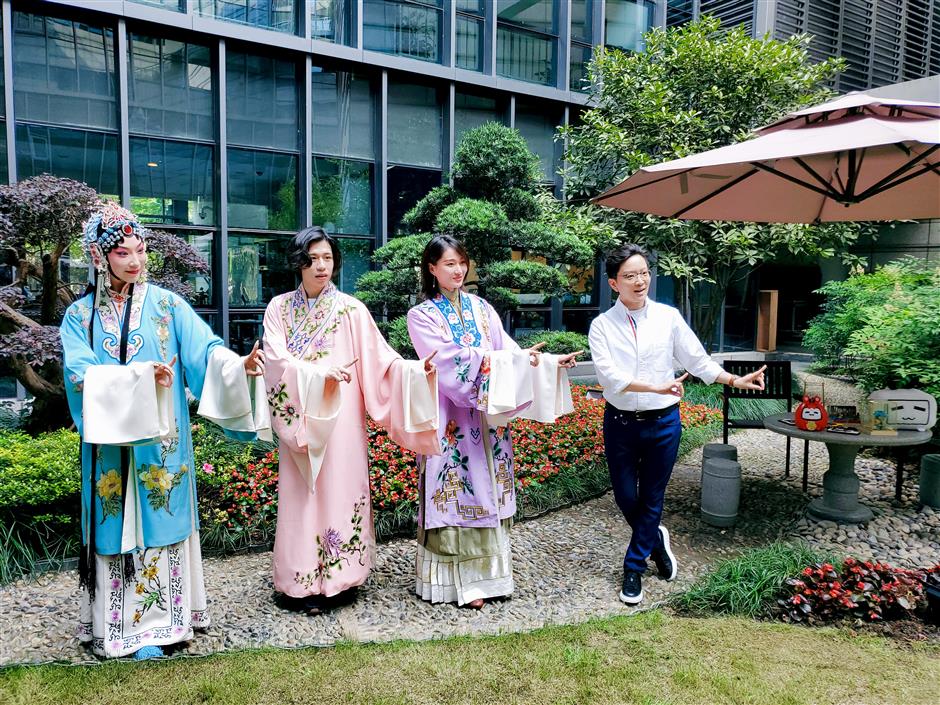