Power Station of Art recently announced the curatorial team and theme for the 13th Shanghai Biennale, proposed by its chief curator Andres Jaque.

Themed on “Bodies of Water,” the project will be carried out in three phases between November and June 2021, challenging the usual art biennale format. To realize this ambitious proposition, Jaque is working closely with a curatorial team consisting of YOU Mi, Marina Otero Verzier, Lucia Pietroiusti and Filipa Ramos.

Exploring forms of fluid solidarity, this year’s exhibition will convene artists to think beyond human-centered and nation-based narratives, connecting the discussions of bodies with those of the environment.

“Taking place during the uncertain times of a health crisis, the project presents itself in fluid forms to accommodate the ever-changing reality, while finding ways to confront conventional exhibition-making methods,” said Fei Dawei, president of the PSA Academic Committee. 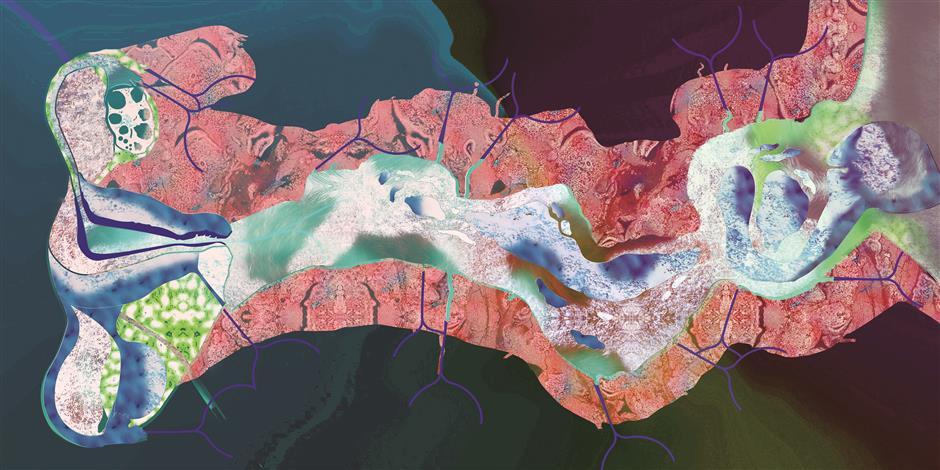 Courtesy of Power Station of Art

Through the previous editions, the Shanghai Biennale has always been engaging with the history and geography of the city, a long-standing arena for liquid territorial bodies, at the mouth of the Yangtze River, where it meets the East China Sea.

This edition will nurture art as an ecosystem of practices closely connected to different forms of human and non-human knowledge, sense and intelligence.

“From the depth and tempo of a breath to the evolution of an ecosystem, the biennale will reflect on how collectivities are made tangible and bodied in wet-togetherness, exploring diverting forms of aqueousness,” Jaque said. “Beyond the confines of flesh and land, the curatorial proposal considers how discharging, breathing, transfusing, flushing, and decomposing are ways in which bodies exist together.”