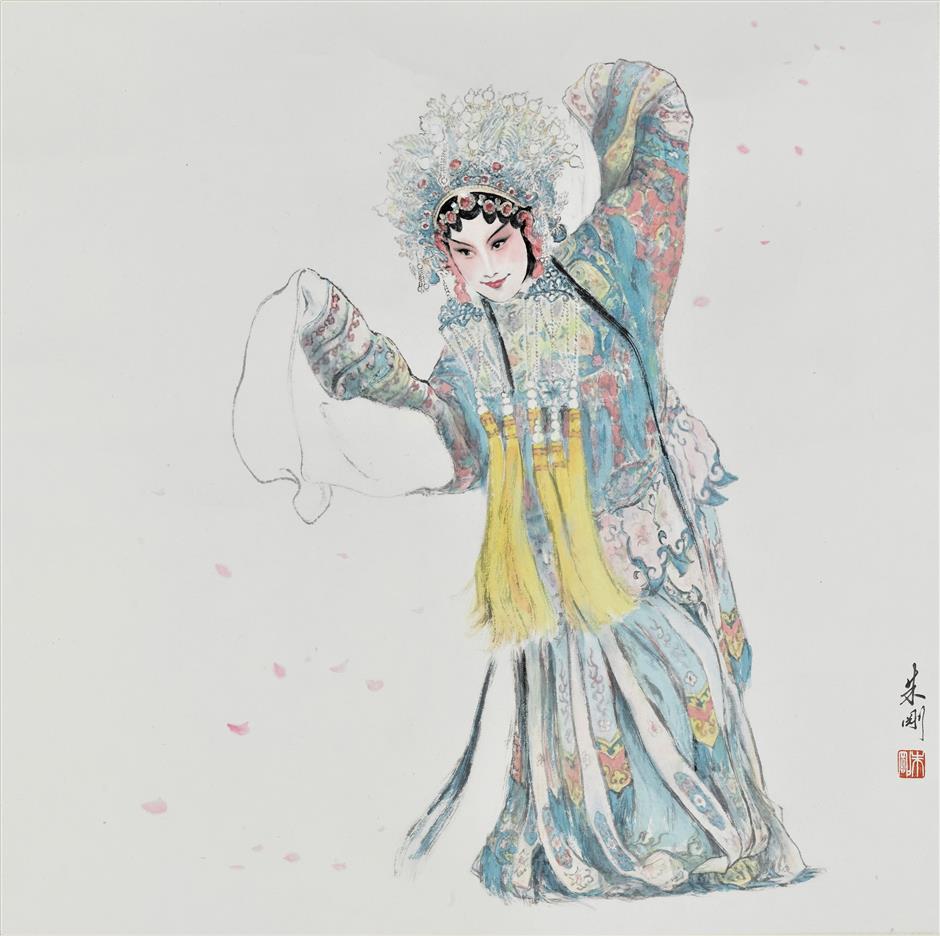 Yang Yuhuan (AD 719-756), one of the four great beauties of ancient China, has long been a muse for artists and writers — the subject of paintings, operas and poems.

People are always saddened by her tragic life and her legendary romance with Emperor Xuanzong (AD 685-762) of the Tang Dynasty (AD 618-907).

Yang was once the wife of Li Mao, the emperor’s 18th son, who was a neglected, less favored child in the royal family.

At the age of 19, she met the 53-year-old emperor, then her father-in-law, who fell in love with her beauty and decided he wanted her for himself.

In order not to upset the court, Xuanzong forced his son to give up Yang and sent her to a Taoism temple to become a nun for seven years. Under this guise, Yang was able to visit the emperor at night.

In AD 745, Xuanzong officially gave Yang the rank of guifei, or honored imperial concubine, and banished his own empress. That made Yang the highest-level consort and the emperor’s favorite.

At court, she lived a life of extravagance and indulgence. It was said she required 700 weavers and embroiderers just to make her garments. Because she loved fresh lychees, the emperor sent teams of riders on rapid horses to fetch and deliver the fruit from southern Guangdong to the capital city of Xi’an in the northwest. They were required to make the long, arduous trip in only three days.

Yang parlayed her position at court to expand the political power of her own family. Her sisters received royal titles, and her brothers were all promoted to high-ranking officials.

One of her cousins, a gambler and street bully named Yang Guozhong, was made prime minister and subsequently took part of the blame of leading the empire into rebellion and decline.

That rebellion, launched in AD 755, sought to “clean up the evil people around the emperor.” As the rebel army entered the capital city, Xuanzong and Yang tried to flee to Sichuan in the southwest. But they were caught at Maweipo, a small town about 60 kilometers from Xi’an.

The emperor, surrounded by the rebel army, was forced in humiliation to consent to Yang’s death. She hanged herself from a pear tree at age 37.

In Zhu Gang’s painting “The Imperial Concubine Yang,” the costumes and gestures are beautifully depicted. Wearing a light blue robe and extravagant hand wear, the concubine seems to be dancing alone, with steely eyes.