To better honor the West Lake and the ruins of ancient Liangzhu, Hangzhou government has established two new festivals to commemorate the anniversaries of their inclusion onto UNESCO’s list of World Heritage Sites.

June 24 and July 6 are designated as West Lake Day and Liangzhu Day respectively to help spread their distinctive cultures.

The Archeological Ruins of Liangzhu City, which opened to the public last July, will host a wide range of online and offline events to commemorate its first anniversary from July 6 to 12. 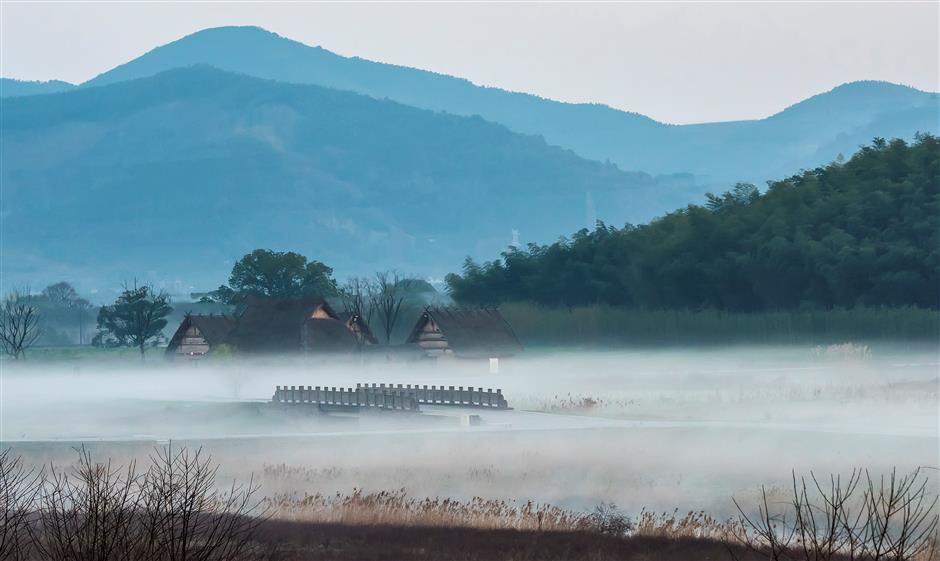 The Archeological Ruins of Liangzhu City

Only a few foundations of the ancient settlement remain today. The park, however, attempts to recreate the original appearance of the site during its heyday, melding with the natural surroundings of waterways and wetlands. It serves as a platform to display the ancient civilization and showcase its historic value to the public.

Liangzhu Heritage management bureau invited a group of painters to portray the park. Their works will be on display in the park through the end of October.

On July 6, the bureau will launch a set of 55 commemorative stamps themed on UNESCO World Heritage Sites in China, including Liangzhu.

During the festival week, Liangzhu Museum will livestream to the public amid the COVID-19 outbreak. Viewers will be able to see millennia-old jade articles unearthed from ancient Liangzhu City.

Jade, which is the hallmark of the Liangzhu Civilization, accounts for the majority of the museum’s collection. Its craftsmanship is considered the pinnacle of Neolithic jade mastery in China.

Another livestreaming will showcase around 300 cultural and creative products inspired by Liangzhu Culture.

It is the core of the ancient Liangzhu Civilization, which was the earliest civilized state in China, covering today’s Shanghai and Zhejiang and Jiangsu provinces.

Liangzhu Day is also tipped as an opportunity for professionals to share their recent results in excavation and research. Lectures will be held in the Mojiaoting Bookstore inside the park on July 10.

The bureau also plans to invite citizens to visit the excavation site on July 11. Zhejiang Academy of Archeology is still expanding excavation areas, so the public can view the work in progress.

This year, June 24 marked the ninth anniversary of the West Lake’s listing as a UNESCO World Heritage Site.

The management committee of the West Lake Scenic Area livestreamed a cruise via Hangzhou Home app, attracting thousands of online viewers who were attracted by the charm of the scenic area.

“From this year, we will launch preferential activities during the annual West Lake Day, including discounts at lakeside restaurants, teahouses, tour buses and boats and free entry to some parks,” said Jin Heng, vice director of the committee.

For centuries, West Lake has inspired great works of literature and ink-wash paintings. In honor of its cultural significance, the committee has also organized a poem competition on that day. 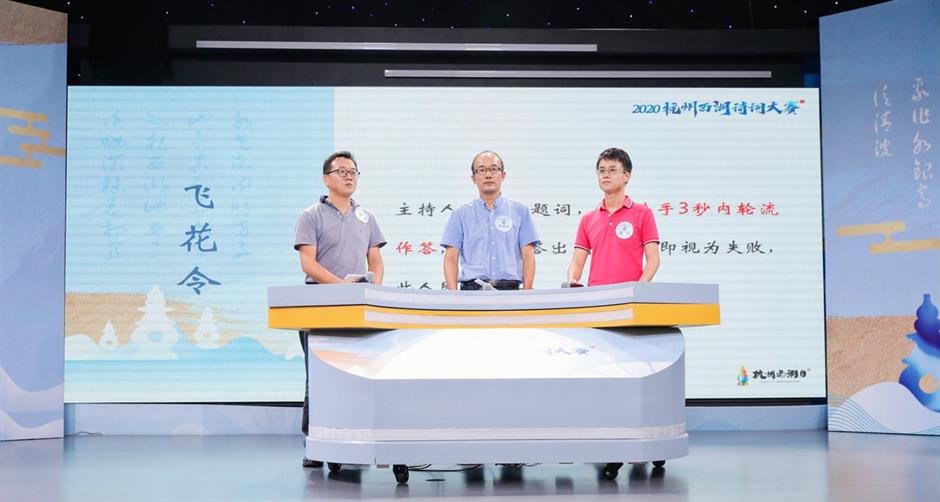 A poem competition in honor of Hangzhou’s cultural significance is held on the West Lake Day on June 24.

West Lake is the birthplace of the prestigious Xiling Seal Society which has cultivated pillars of China’s modern seal carving field.

As the earliest Chinese literatus’ society, Xiling has been devoted to carving seals themed on the lake for a century.

“In the coming years, we will emphasize research on West Lake culture, studying preserved archives and stone inscriptions to explore more about past glory days,” Jin told Shanghai Daily.

West Lake is dotted with museums and galleries, and the committee plans to set up research teams in hopes of illuminating various facets of the lake with visitors.