To celebrate the 30th anniversary of the UNESCO Silk Road Project, a webinar was hosted under the cooperation of UNESCO World Heritage Center and Hangzhou’s Xinyou Archive Center of China National Silk Museum on July 20.

In July 1990, UNESCO launched the “Expedition of the Silk Road” in Xi’an in Shaanxi Province. It heralded a new chapter of archeological research, explorations and excavations related to the Silk Road network.

There were five main expeditions between 1990 and 1995 into deserts, steppes and mountains, making great advances in geology, archeology and meteorology of the Silk Road.

“The Silk Road has left countless cultural heritages to humans, especially the inclusive, open and mutual-benefit spirit. UNESCO has carried forward the spirit for years and will continue to boost cultural research in the future,” said Shen Yubiao, director of the science and culture department of the Chinese National Commission for UNESCO.

In 2014, the Routes Network of Chang’an-Tianshan Corridor was listed as a UNESCO World Heritage Site. A cavalcade of Chinese professionals, including webinar attendees, made a great contribution to the inclusion.

During the three-hour online meeting, they shared their research experiences in these expeditions. Some showed precious photos and archives that witnessed the bravery and persistence of the scientific explorations.

Zhao Feng, curator of the China National Silk Museum, proposed a digital archive of the Silk Roads project during the meeting to preserve cultural heritage better and longer in future.

The museum is going to digitize all Silk Road documents and upload them to a database, aiming to provide scientists with convenience and rare archives in learning and research.

On July 20, Professor Liu donated archives that recorded his three expeditions to the museum. 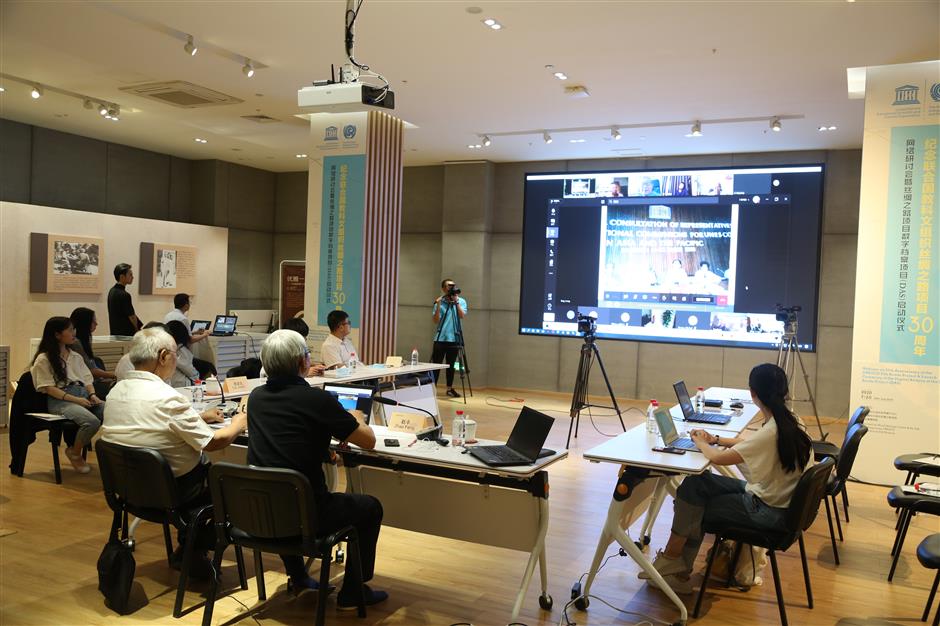 Participants share their Silk Road stories at the webinar held to celebrate the 30th anniversary of the UNESCO Silk Road Project.