A king and his concubine suffer the death of defeat

This masterpiece of Peking Opera recounts the tragic love story of King Xiang Yu (232-202 BC) and his concubine Yu Ji, set just before the king’s decisive defeat at the hands of rival Liu Bang’s forces.

Born into a noble family of the Chu Kingdom, Xiang led his troops to rebel against the Qin Dynasty (221-206 BC). A talented military leader, Xiang soon emerged as the “invincible king” among all the rebel forces.

After the fall of Qin, Xiang was enthroned as king of the Western Chu and ruled a vast area covering today’s central and eastern China. His bigger ambition was to conquer all of China.

However, Liu, who later became the founding emperor of the Han Dynasty (206 BC-AD 220), harbored the same territorial ambitions.

The two enemies begin a four-year fight for supreme power, with Xiang’s eventual defeat at the Battle of Gaixia. Xiang committed suicide on a bank of the Wu River in today’s Anhui Province.

The story “Farewell My Concubine” is set just before the last battle, when Xiang’s forces were surrounded by Liu’s troops.

Xiang selected 800 of his bravest soldiers to battle Liu’s 300,000-strong army. Knowing that the cause was hopeless, Xiang summoned his faithful horse and begged it to run away to save itself. But the horse refused to leave, drowning itself in the Wujiang River after Xiang died.

Before his death, Xiang bade farewell to his concubine Yu, thanking her for all their blissful time together. Realizing how dire situation had become, she begged to stay and die alongside him. Without any warning, she suddenly seized his sword from its sheath and killed herself.

In Zhu Gang’s painting, Yu dances with two swords, her eyes full of both despair and determination. 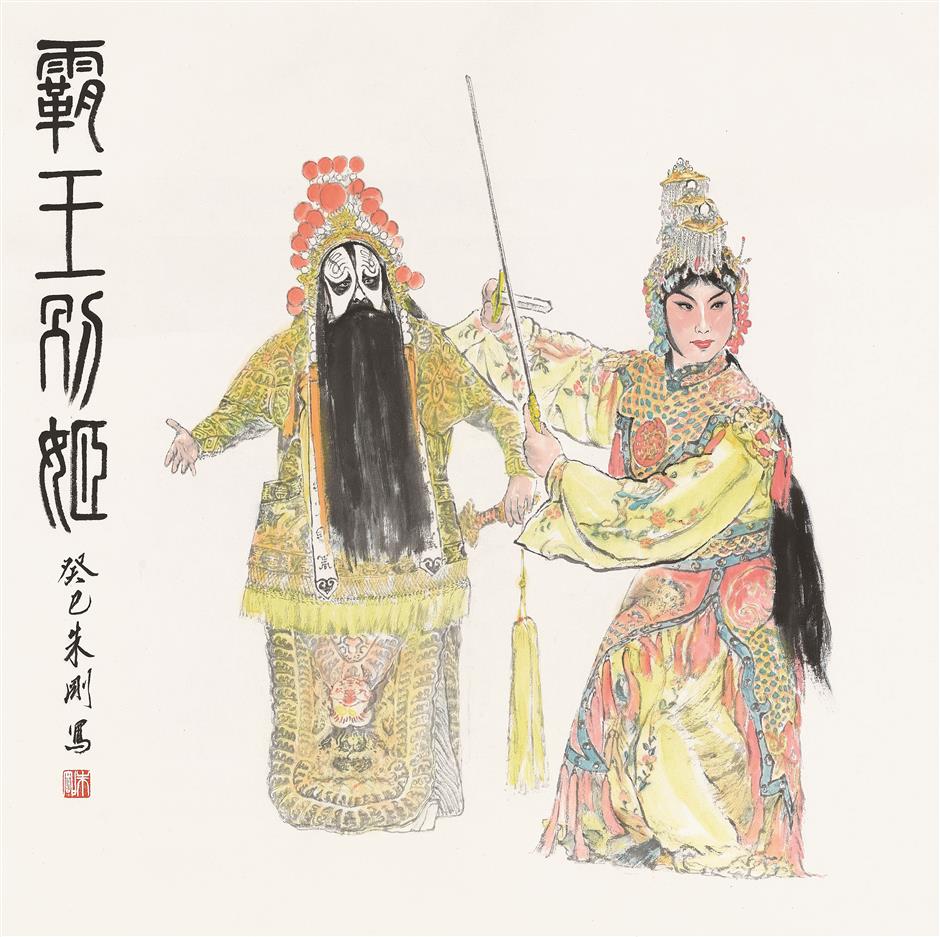 “Farewell My Concubine” by Zhu Gang