When it comes to Chinese science fiction, the names Liu Cixin, Wang Jinkang, He Xi and Han Song always stand in the forefront.

Liu’s Hugo Prize-winning “The Three-Body Problem,” the tale of the Earth waiting for an invasion from its closest star system, even proved a blockbuster with Western readers.

Behind the Big Four, a new, younger generation of writers is emerging in the genre. Among them are Regina Wang Kanyu and Chen Qiufan, guests at the ongoing Shanghai Book Fair.

He added: “The new writers bring rich new ideas to the genre and lay the foundation for the industry’s flourishing growth.” 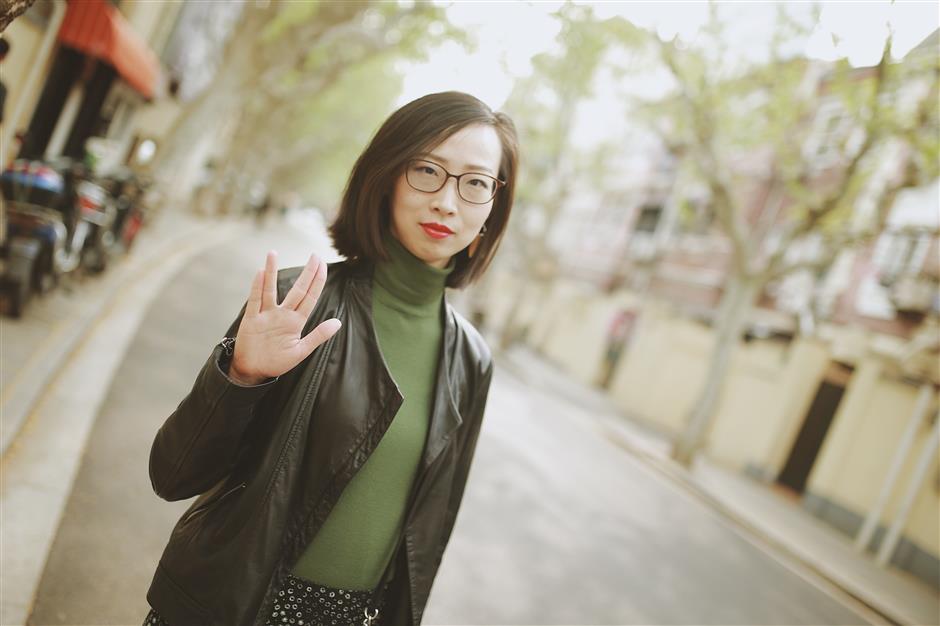 Among the newcomers is Wang, 30, who imagines the future of humans in her writing — “black boxes” in human brains to store memories and aliens using gourmet food to trap their hosts.

Wang said she fell in love with the genre when she was in primary school.

“When I was about 10 years old, I came across Science Fiction World magazine and bought a subscription. It opened a whole new world for me.”

She joined a sci-fi club when she was freshman at Fudan University and went on to establish SF AppleCore, a network of sci-fi and fantasy clubs at different colleges.

With her degree in business administration, Wang went to work as an intern with HSBC. But from her fancy office in a skyscraper in Lujiazui of Shanghai’s Pudong New Area, she kept asking herself what she really wanted out of life.

“There was a voice in my mind telling me: ‘No, this is not your life,’” she said. “So I gave up the job and returned to Fudan to do a master’s degree in creative writing in the Chinese Department.”

In the year she graduated, Wang completed her first sci-fi work, entitled “Of Cloud and Mist.” It’s the story of memory implanting to form an artificial personality.

Wang infuses her work with her own experiences and feelings. She told Shanghai Daily that she imagines the heroine in “Of Cloud and Mist” as an image of herself in a parallel universe.

After the book’s publication in China, it was translated into Italian.

Poetic overtones and emotional expression set her work apart from many other writers in the genre. Her work is softer, more feminine. She said she enjoys breaking the barrier between reality and science fiction. 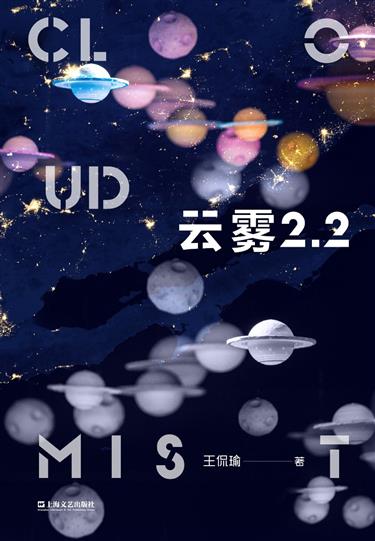 Book cover of “Of Cloud and Mist” 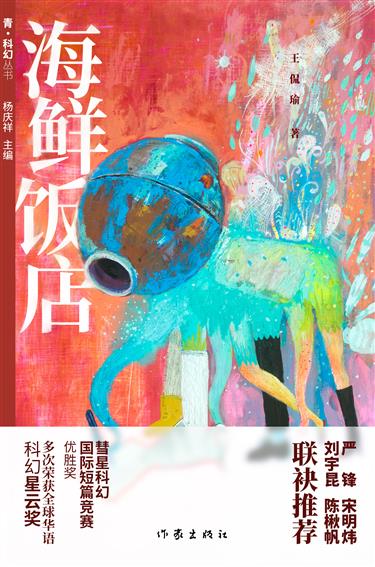 Book cover of “The Seafood Restaurant”

She got the idea for her book “The Seafood Restaurant,” a book about aliens trapping humans with gourmet food, from a friend. She was in the United States at the time, and her friend noted that her New England surroundings were the site of stories written by celebrated sci-fi writer H.P. Lovecraft.

She got the idea for her story “The Winter Garden” from her experience of living with friends in an Airbnb house in Dublin.

Wang, who is now doing promotional work for Chinese science fiction at Storycom, said she next plans to do doctoral degree in Oslo, where her research will focus on science fiction from the perspective of gender and environment. 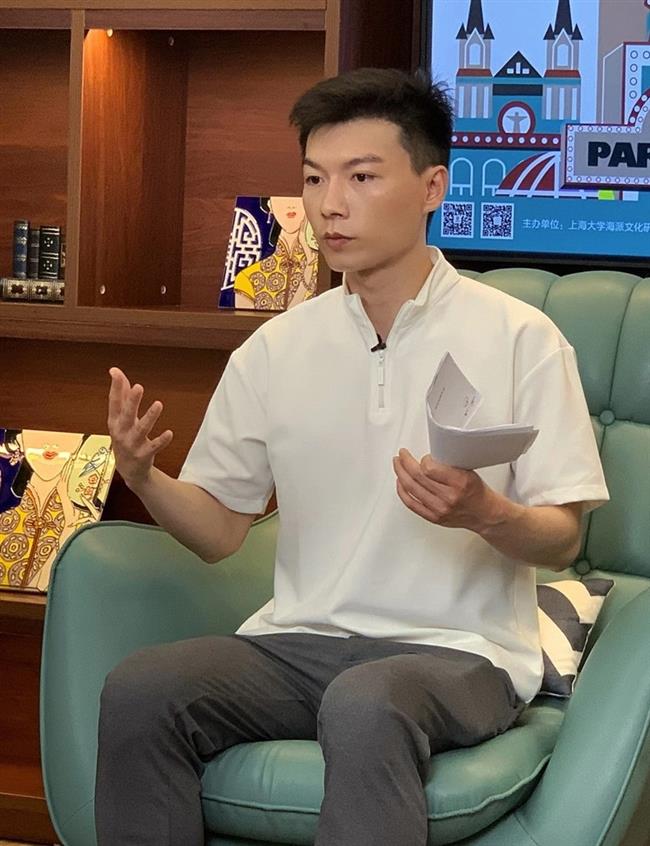 Chen Qiufan, 39, is another of the new voices in Chinese science fiction.

He won several awards with his novel “Waste Tide,” a story reflecting on issues such as environmental protection and class distinctions that tear people apart.

Chen has been dubbed “China’s William Gibson,” after the American-Canadian sci-fi writer who is considered a leader of the genre’s cyberpunk movement.

“I grew up in Guangdong Province, where I was exposed to lots of different cultures from the West and neighboring Japan,” Chen told Shanghai Daily. “I watched the ‘Star Wars’ and the ‘Star Trek’ series at an early age and became a fan of science fiction.”

His story was first published in Science Fiction World magazine in 1997 and won a top prize for school science fiction. After enrolling in Peking University, he kept writing, chalking up a few more prizes in campus sci-fi contests.

He decided to become a full-time writer after working for Internet firms Google and Baidu, which showed him how lab technology could be turned into useful products. The work experience provided him with a rich source of material for his novels.

By chance online in 2008, he got to know Ken Liu, a multiple Hugo Award-winning American author of science fiction and fantasy. Chen was keen to translate Liu’s works into Chinese, and a collaboration between them was born. Liu helped translate Chen’s stories into English.

Last year, the English version of Chen’s “Waste Tide” hit the bookshelves in the US and UK. 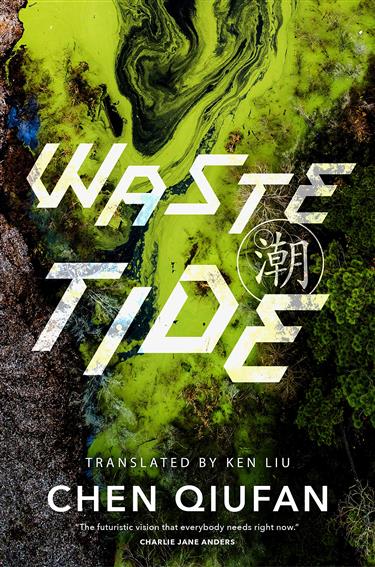 The Library Journal in America wrote: “Already an award winner in China, this book is likely to draw comparisons with Cixin Liu’s ‘The Three-Body Problem’ and Kim Stanley Robinson’s ‘New York 2140.’ It is a provocative addition to the growing corpus of Chinese speculative fiction and near-future and realist science fiction as a whole.”

Chen’s novel “Guiyu,” or “Silicon Isle,” was inspired by the dumping of toxic electronic waste in his small hometown of Guiyu in south China, a center for disassembling electronic products. The town was sickened by serious pollution endangering the health of residents.

Chen moved to Shanghai three years ago to start his own business promoting science fiction through videos, dramas, film and animation.

He is now collaborating on a book with Kai-Fu Lee, a prominent expert in artificial intelligence and chairman of venture capital firm Sinovation Ventures.

Chen applauds the current trend in Chinese science fiction, saying he hopes domestic writers will develop their own voices and not just copy the popular works of others.