A jacket and two robes are on show at the China National Silk Museum, unveiling the royal life of the late Qing Dynasty.

The Eastern Qing Tombs, located in Zunhua City, Hebei Province, are believed to be the largest and best-preserved extant mausoleum complex in China, with altogether five emperors, 15 empresses, 136 imperial concubines of the Qing Dynasty (1644-1911) buried there.

However, some mausoleums didn’t survive the Republic of China era (1912-1949), when warlords during that time robbed tomb treasures and destroyed coffins.

After six years of restoration, these costumes are on display at the museum in Hangzhou through November 8. The exhibits give visitors an insight into the aesthetics of the royal court and how emperors’ wives lived in the Forbidden City. Visitors can see the royal garments first-hand and learn about the ancient styles.

Cixi, one of the most powerful women in Chinese history, effectively controlled the later Qing Dynasty, as her grave clothes epitomize the burial etiquette of the imperial family.

The costumes cover traditional jackets, coats, robes, trousers, pants, boots, shoes and accessories. They compose a full set of Qing empress grave clothes. Though the ornate textiles lack their original glittering texture and colors after being buried for over a century, the sophisticated, unique patterns and craftsmanship still denote Cixi’s supremacy. 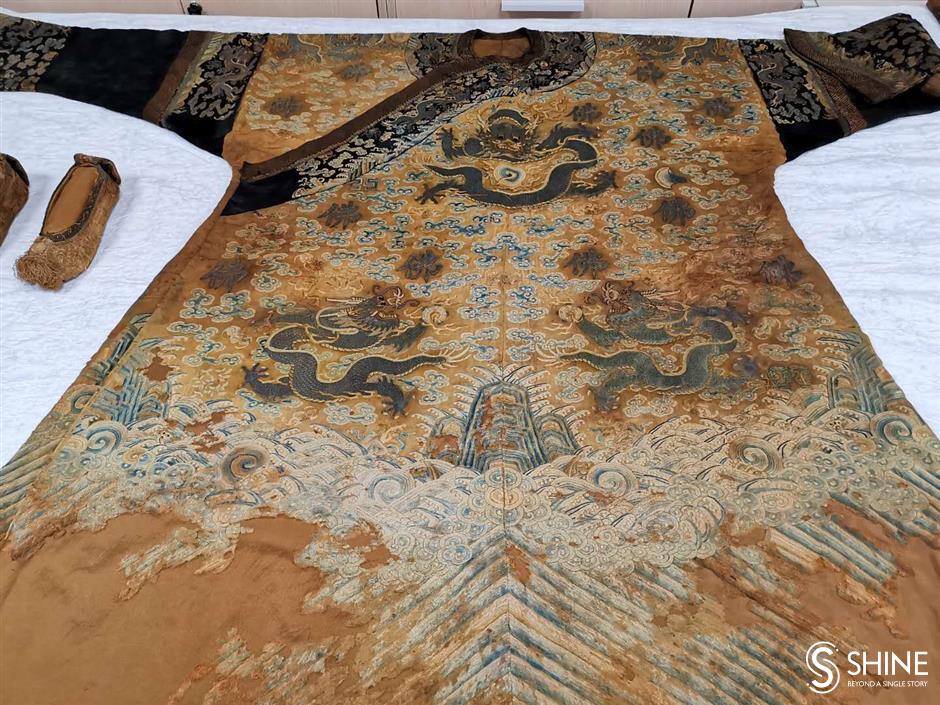 An exhibited robe embroidered with dragon motifs shows explicitly her monarchical power. In ancient Chinese culture, dragon patterns were exclusive to emperors, while phoenix patterns were for empresses. However, Cixi, who administered the dynasty behind the throne, used the motif to showcase her power.

As a devout Buddhist, Cixi hoped for a happy afterlife by wearing such patterned costumes. At the exhibition, a quilt sewn with Dharani Sutra scriptures also reflects her yearning for the pure land of Buddhist afterlife.

By covering Cixi’s body, it was believed to release her soul from purgatory.

Despite its faded condition, the quilt is considered one of the most precious artifacts from the Eastern Qing Tombs by virtue of its rarity and sophisticated craftsmanship.

Where some pieces of the quilt were badly decayed, fragments were stitched onto other pieces of cloth. Restorers who studied design and weaving technology of the time reproduced the original design, stitching techniques and embroidery as closely as possible. 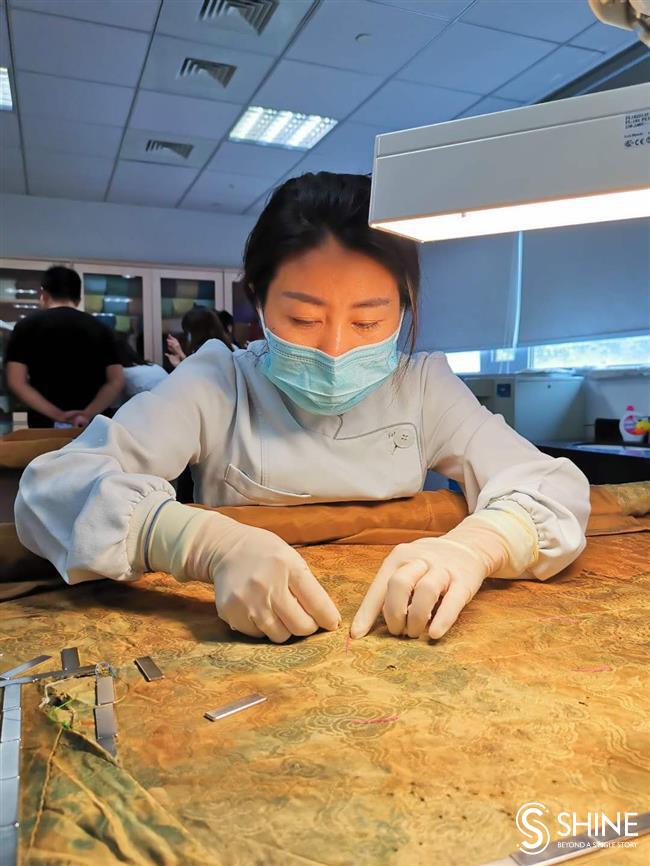 A conservator repairs a piece of grave garment from the Eastern Qing Tombs in Zunhua City, Hebei Province. It takes them six years to finish restoration of the surviving burial objects.

The exhibition also displays burial objects from Concubine Rong. This Uygur woman married Emperor Qianlong and became the only woman in the Forbidden City who was allowed to wear her own ethnic costumes.

Her silk sachet ornamented with auspicious floral patterns is on display. Such sachets, in ancient times, were usually small bags containing perfumed herbs or sweet-smelling items.

Grave clothes not only reflect burial rites, but also show the aesthetics of changing times.

Like previous dynasties, the early Qing was dominated by simple, plain costumes. However, with exchanges between the Orient and the West, exotic elements began to influence clothing designs, creating more ornate styles.

When Western missionaries brought European lace-making techniques to China in the 1860s, Chinese artisans enriched the original patterns and stitching by adding them to their own style. By the late Qing, lace had found favor with women from all walks of life, as seen in the exhibits. 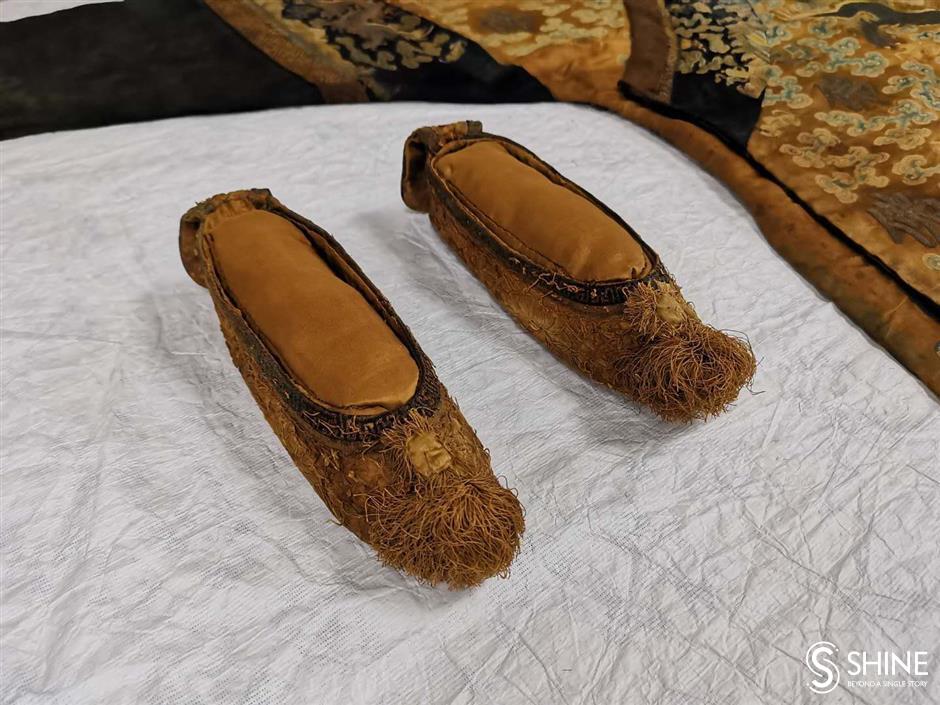 A pair of traditional shoes is also among the exhibits.

“Precious Costumes of Royal Women of the Qing Dynasty” exhibition

Date: Through November 8, closed on Mondays