Shanghai of yesteryear through a stranger's eyes

Ryunosuke Akutagawa (1892-1927), “father of Japanese short stories,” is one of the most internationally celebrated Japanese authors, best known for “In the Grove” and “Rashomon,” which spawned Akira Kurosawa’s epic 1950 film “Rashomon.”

The movie, which won the Golden Lion at the 1951 Venice Film Festival and an Academy Honorary Award for best foreign-language film in 1952, is an arresting tale told through a series of contradictory narrators, showcasing not only the director’s refreshing approach to cinema, but also the author’s literary world of contradictions, misunderstanding and uncertainties.

Akutagawa’s accounts of his only overseas travel were recently adapted to television in the film “A Stranger in Shanghai,” documenting the uncanny observations and contradictory memories of his time in the city. In 1921, the author traveled across the country as a reporter for four months, and Shanghai was his first stop.

“Some Japanese literature experts argue that Akutagawa’s spiritual world further collapsed after traveling through China, but I don’t quite agree,” Taku Kato, the film’s director, told Shanghai Daily. “He loved classic Chinese novels and traditional Chinese culture since he was a child, so he probably had a sense of curiosity and adventure when he visited Shanghai and made his observations. It was his first and only overseas trip, hence his only international adventure. I believe the city impressed him with its vitality. When he committed suicide in 1927, he was wearing a yukata made from cloth he bought in Shanghai. It was a special memory for him.”

In “China Journal,” the author voiced his disappointment when first encountering the city, contrasting it to the China he had read and learned about from classic novels like “A Dream of Red Mansions.”

Beggars, often depicted in classic tales as romantic heroes or Taoist monks in disguise, turned out to be disturbingly poor and dirty in reality. Lakes, admired by ancient poets in classic novels, were also disappointing when he witnessed people urinating in one near the City God Temple. In his journal, he wrote “the piss into the pond is the horrifying symbol of a collapsed empire.”

The film encapsulates the contrast between his expectations and reality in its opening sequence, where the protagonist’s fancy passenger car crashes into a rickshaw on a narrow street. Later, he witnessed the polite rickshaw driver robbing a passenger, and poor old women selling flowers to make ends meet.

It also captures the author’s encounters in the city, particularly with young and old intellectuals. It’s through these scenes that the director captures Akutagawa’s brighter and more hopeful memories. 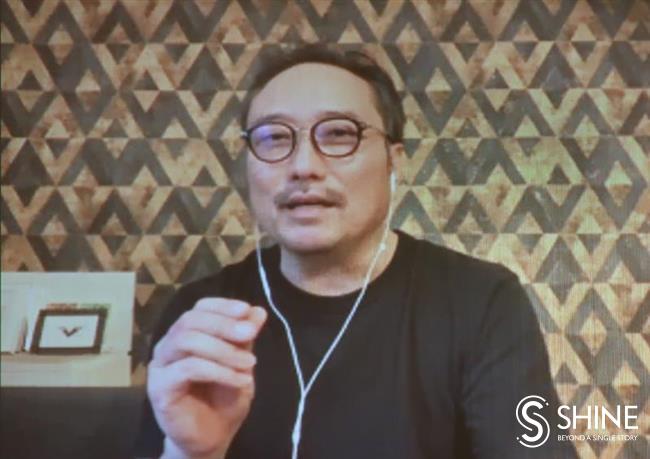 Director Taku Kato tells Shanghai Daily about his "stranger" experience when making the film in Shanghai.

Shanghai Daily sat with the director and asked him about the film’s production, his take on Akutagawa’s memories of Shanghai, and his own “stranger” experience in the city almost 100 years later.

Q: Why did you want to make this movie? Why did you focus on Shanghai when he actually traveled all around China?

When Akutagawa visited the city almost 100 years ago, both China and Japan were undergoing huge transformations and entering a new era. The city of Shanghai at that time was emblematic of what was going on in the country, where economic, political, military and cultural aspects were all pushed to a turning point.

Akutagawa was known for his hypersensitivity. He often noticed what others overlook. His Shanghai accounts were unique, rational and objective, whether good or bad. Through these observations, we can learn about exchanges between people — the sudden or gradual social and cultural transitions in society from the perspective of an outsider, a stranger.

By understanding what Shanghai looked like back then, we can learn what has changed and what hasn’t in the last century, so as to better understand today’s Shanghai and China.

Q: In “China Journal,” Akutagawa didn’t hide his disappointment and was often quite sharp about the “collapsed empire.” But the film, especially the second half, portrays the city in a positive light. Is that also your view of his travels and maybe your own experience? Did you feel like “a stranger in Shanghai” when you spent four months here making the movie?

A: Yes, we had a great time in Shanghai. Of course, we were strangers in the city and saw it from an outsider’s perspective, but it’s such a pleasant memory.

But I also believe Akutagawa was impressed by Shanghai, and yes, I tried to show the gradual change of his attitude in the film. At first, he was curious and also nervous, and little by little, he understood the city and the country more. He became more relaxed and comfortable.

In 1921, Shanghai was a city where people and cultures from all over the world gathered. It was also a paradise for adventurers, whether people in traditional industries or those in dark corners. Akutagawa was an excellent observer of humanity and contradictions, and this city didn’t disappoint. 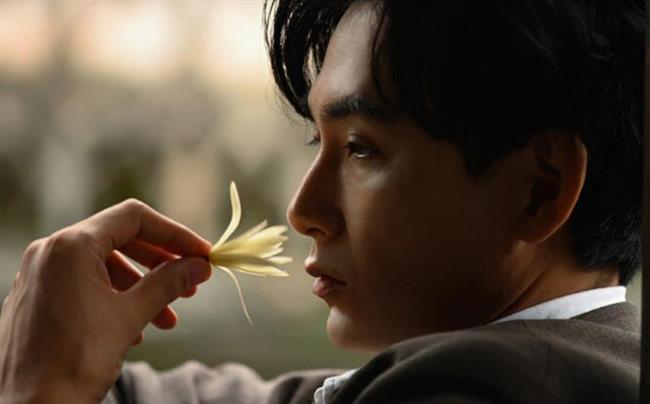 Ryuhei Matsuda plays the role of Ryunosuke Akutagawa in “A Stranger in Shanghai.”

Q: Many say you brought the Shanghai of 100 years ago back to life in the film. Was that your intent and was it difficult to do so?

A: Yes, we really wanted to present Shanghai of 100 years ago in high resolution and color. It was difficult, because all the old pictures are in black and white, but it was also exciting to turn still pictures into a living city in color.

Thanks to our local set designers and historians familiar with the city’s history, we did extensive research and visited many places recorded in “China Journal.” We also used a piano from 100 years ago and the protagonist wears suits made with tailoring techniques of the time. We wanted to make it as accurate as possible.