Man and the crested ibis: a dance of eco-aspiration

Shanghai Dance Theater’s signature dance drama “Crested Ibises” has returned to the stage of Shanghai Grand Theater this week in five performances that end on Sunday.

The work is one of the dance theater’s most frequently performed productions, hailed for its artistic achievement and its tribute to Sino-Japanese efforts to save the crested ibis from extinction.

Chen Feihua, Shanghai Dance Theater’s director, shared the story behind the creation of “Crested Ibises” in an interview ahead of the performances.

“Crested Ibises” is one of Shanghai Dance Theater's most frequently performed productions.

“The idea came when I visited the 2010 Shanghai World Expo,” said Chen. “The Japanese pavilion had the crested ibis as its theme. I was impressed by the story of how China and Japan had joined hands decades ago to protect the endangered bird.”

The ibis is a white-feathered, long-legged water bird, with a bald red face. At one time, the bird was widespread in East Asia. It is a revered bird in Japan, prized for its beautiful appearance, its elegance and its symbolism as a sign of good luck and happiness.

However, urban development and hunting activities thinned bird numbers. By 1952, only 32 crested ibises were found in the wilds of Japan. By 1981, the number fell to five. The remaining birds were captured and sent to a conservation center on Japan’s Sado Island.

Scientists from China and Japan joined hands in a campaign to try to rescue the endangered birds, setting up conservation areas provided and financed by Japan.

China sent crested ibises to Japan as diplomatic gifts four times between 1998 and 2018. Currently, there are more than 4,000 crested ibises still living in China and over 500 in Japan, thanks to breeding projects that included artificial insemination and incubation. 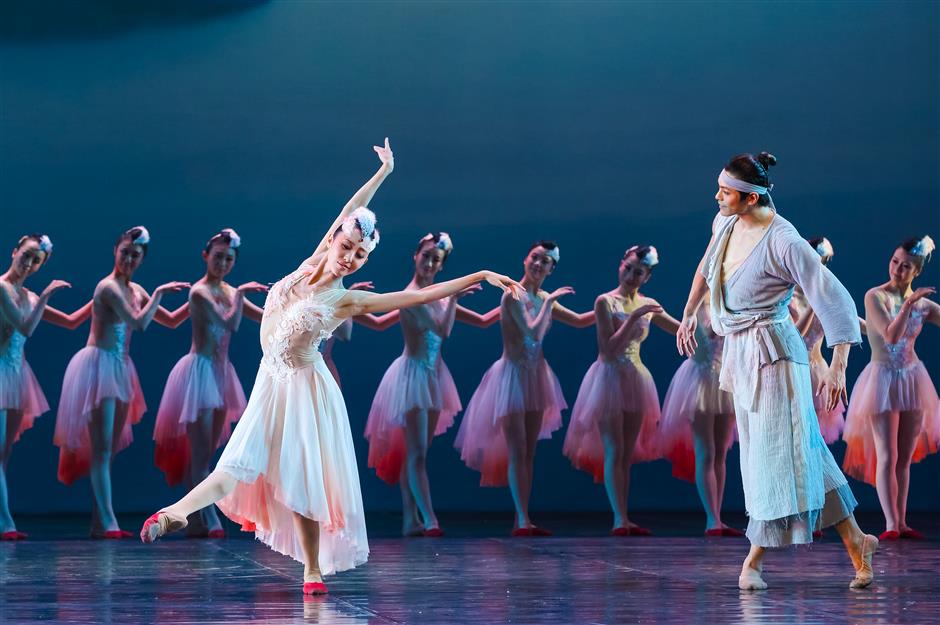 Wang, who plays the human character in the dance drama, said the production has an additional message to convey in the midst of the global coronavirus pandemic.

“The pandemic made us realize that human life is fragile in face of nature’s power,” he said. “The work calls for more care for the environment. For me, I am in even more awe of nature in the current environment.”

“We knew the Japanese people love crested ibises just as we Chinese love pandas,” he said. “That gave me a lot of confidence before the curtain went up. But I was still awed by the overwhelming applause at the end of the show.”

Some critics have called the dance drama “China’s Swan Lake.” Ballerina Zhu, who plays the role of the crested ibis, doesn’t quite agree.

“Unlike ‘Swan Lake,’ the ‘Crested Ibises’ is a realistic story to me,” she said. “Apart from its beauty, the work has a practical, real-life meaning.”

After Sino-Japan relations went through one of their sour patches in 2012, the dance’s premiere was seen as a cultural ambassador.

“When I saw some in the audience holding up friendship banners at the end of our performance, I felt so proud of being a dancer,” Zhu added.

According to Chen, the dance theater initially planned to present some 60 performances of “Crested Ibises” in Japan back in March and April. However, the tour was postponed to 2022 due to the pandemic. 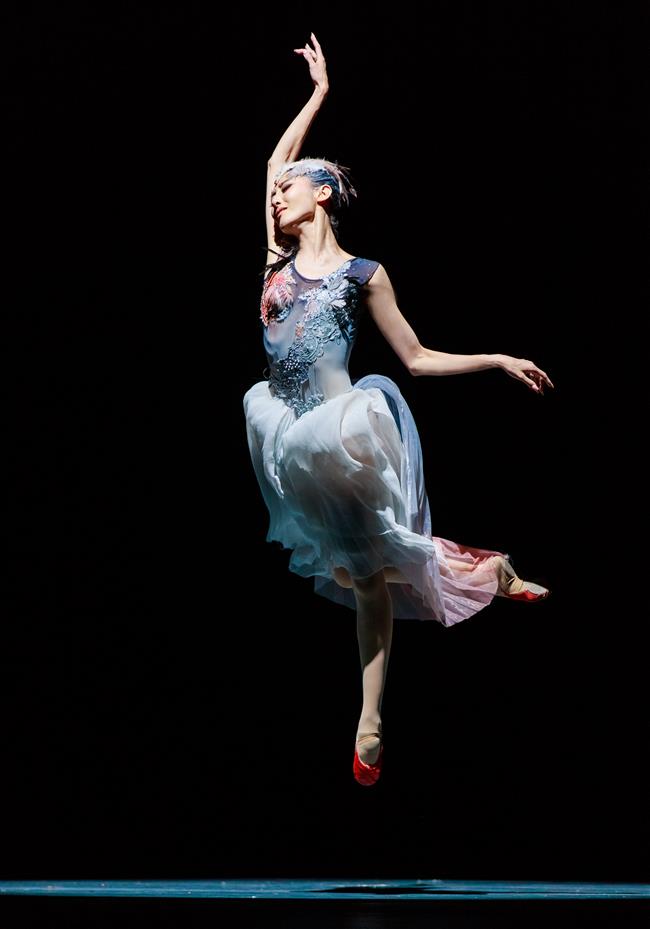 According to Chen, the birth of the dance drama took four years. The creative team paid several visits to Shaanxi’s Yangxian County and to Japan’s Sado Island to study the birds’ habits and movements.

The dance production is built around the theme of environmental protection. At the beginning of the story, man is co-existing peacefully with ibises. Then the bird begins to succumb to the degradations of urbanization, starkly facing extinction.

Chinese traditional dance gestures are used in upper body movements, while ballet and Western dance elements feature in the footwork.

Chen said the crested ibis in the performance is bright but fragile, filled with human emotions. The work encourages mankind to face up to the responsibility of caring for the natural world.

“We are not the only residents on the earth,” he said. “We should respect and make space for other creatures, and protect our common environment.”

“Crested Ibises” premiered in Japan in October 2014. It was so popular that it was performed in 19 cities across Japan the following summer. Since then, more than 250 performances have been staged in China and around the world.