Military officer who won over people with kindness 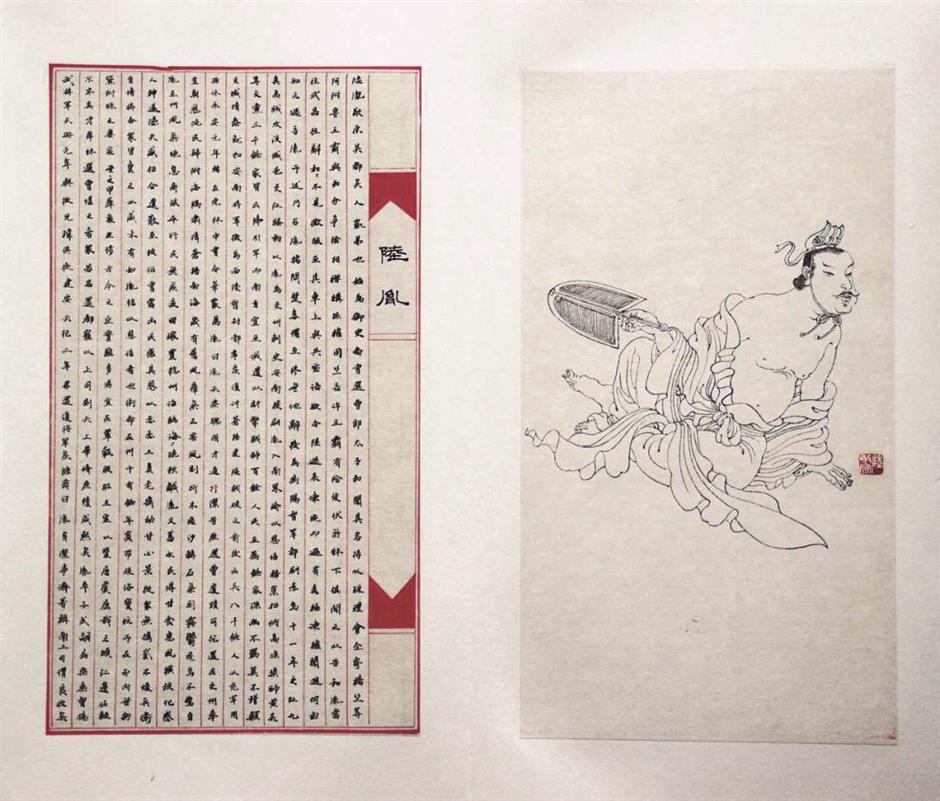 Words and illustration introduce the story of Lu Yin.

Lu Yin, a military officer in the Wu State (AD 222-280) of the Three Kingdoms Period (AD 220-280), an ancient Songjiang domain, and brother of the state’s assistant prime minister Lu Kai, won the hearts of his people by virtue of his kindness and generosity.

In AD 248, an ethnic minority group revolted across the border of the Jiaozhou region (the current Guangxi Zhuang Autonomous Region and Guangdong Province in south China, and part of the northern region of Vietnam), a realm of influence under the Wu State. Lu was appointed prefectural governor of Jiaozhou and dispatched to quell the riot.

Differing from officers who normally resorted to power to subdue, Lu adopted a merciful way by sincerely pleading with the insurgents to give up and bestowing them money while his army was advancing. The rebels, more than 100 people in total, together with about 50,000 households of civilians, all kowtowed to show their submission. The region soon resumed its peaceful condition.

When Lu received the emperor’s order asking him to leave Jiaozhou, local civilians, grateful for his mercy and kindness, followed him for miles to send him off.

During his administration of Jiaozhou for about one decade, Lu was so totally free of corruption that none of his wives or concubines wore expensive jewelry whereas it was common among locals to send jewelry as gifts to each other.

Lu was later appointed as an essential officer back in the capital and his son succeeded in his officialdom after his death.