From child prodigy to author of pioneering work of historiography 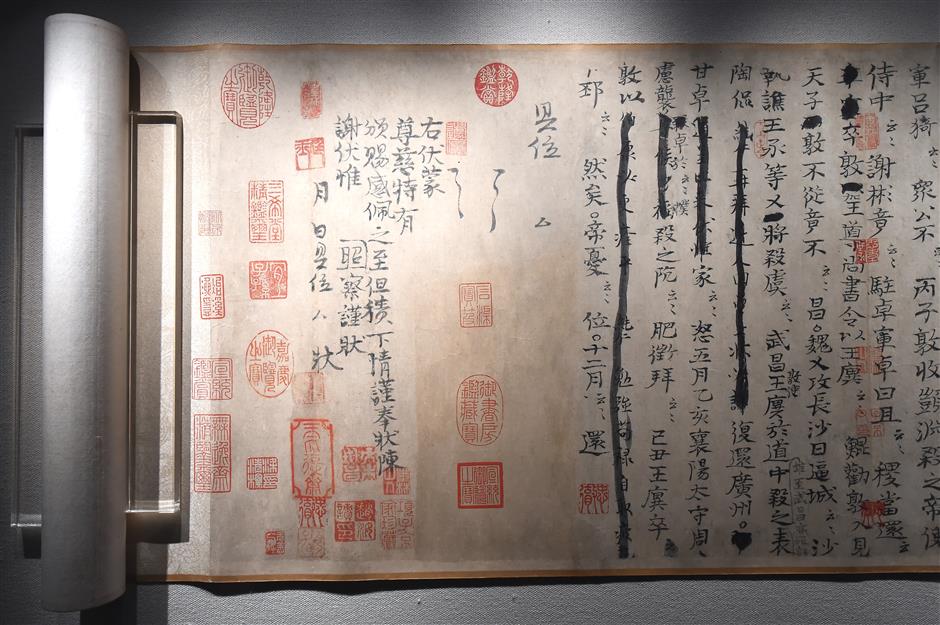 “Zizhi Tongjian,” or “History As a Mirror,” is a pioneering reference work in Chinese historiography and the first extensive, chronologically organized history of China.

“Zizhi Tongjian,” or “History As a Mirror,” is a pioneering reference work in Chinese historiography and the first extensive, chronologically organized history of China. Covering 16 dynasties and spanning 1,362 years, it describes China’s history from 403 BC to AD 959.

Comprising of 294 volumes and containing around 3 million Chinese characters, the book was compiled by Sima Guang (1019-86), a high-ranking Song Dynasty (960-1279) statesman, author and historian.

Sima was a precocious talent at a young age and became jinshi — successful candidate in the highest level of imperial examinations — when he was only 19 years old.

An old story from Sima’s childhood reveals his bravery and intelligence in adversity.

One of his friends accidentally fell into a large vat full of water. But instead of running away in fear like the other children, Sima calmly picked up a rock and smashed a hole in the vat. The water spilt out and his friend was rescued from drowning.

When he was only 6 years old, his father taught him to read. A year later, Sima was able to not only recite “Zuozhuan,” but also understand it. “Zuozhuan” was an ancient commentary on the chronicle “Chunqiu” (“Spring and Autumn Annals”), the first sustained narrative work in Chinese literature.

Sima had the idea of compiling a book about the general history of China when he served as a civil official during the reign of Emperor Yingzong (1032-67) of the Song Dynasty.

Supported by the emperor, Sima was allowed to borrow books collected in the royal library. It took Sima 19 years to complete the compilation with his assistants: Liu Shu, Liu Ban and Fan Zuyu.

Different from the biographical style of “Shiji,” or the “Records of the Grand Historian,” written by Sima Qian of the Western Han Dynasty (206 BC-AD 25), the format of “Zizhi Tongjian” is a chronological style.

A precious manuscript of “Zizhi Tongjian” is in the National Library of China in Beijing. The document contains 29 lines and 465 Chinese characters and is the only existing manuscript of the monumental history book.

The handwritten draft depicts the rebellion organized by a Jin Dynasty general Wang Dun in AD 322. The history was finally recorded in the 92nd volume of “Zizhi Tongjian.”

There are several differences in content between the draft and the final version. Filled with editing marks, the manuscript is like an outline. Each paragraph contains only a few words. Most of the content is omitted and replaced with two Chinese characters yun yun, meaning et cetera.

It is said that there were a large number of handwritten drafts of “Zizhi Tongjian,” which required two rooms to store.

But why is there only one surviving manuscript?

Paper was expensive at that time. After completing the compilation, Sima reused the paper, and the original manuscripts got lost in circulation.

Even in the only existing manuscript you can see the traces of reuse.

The paper was originally a letter sent by Fan Chunren, son of Fan Zhongyan (989-1052), who was one of the most prominent figures of the Song Dynasty, to Sima’s older brother Sima Dan.

It is likely that an idea just popped into Sima’s mind and he grabbed a piece of paper to put it down.

At the end of the manuscript, there is another thank-you note written by Sima to his friend.

The coexistence of the three documents on a piece of paper makes the manuscript more precious.

It was then collected by the Emperor Qianlong (1711-99) as his seal can be seen inscribed on the manuscript with “Sanxi Tang,” or “Hall of Three Rarities,” which was the name of his study.