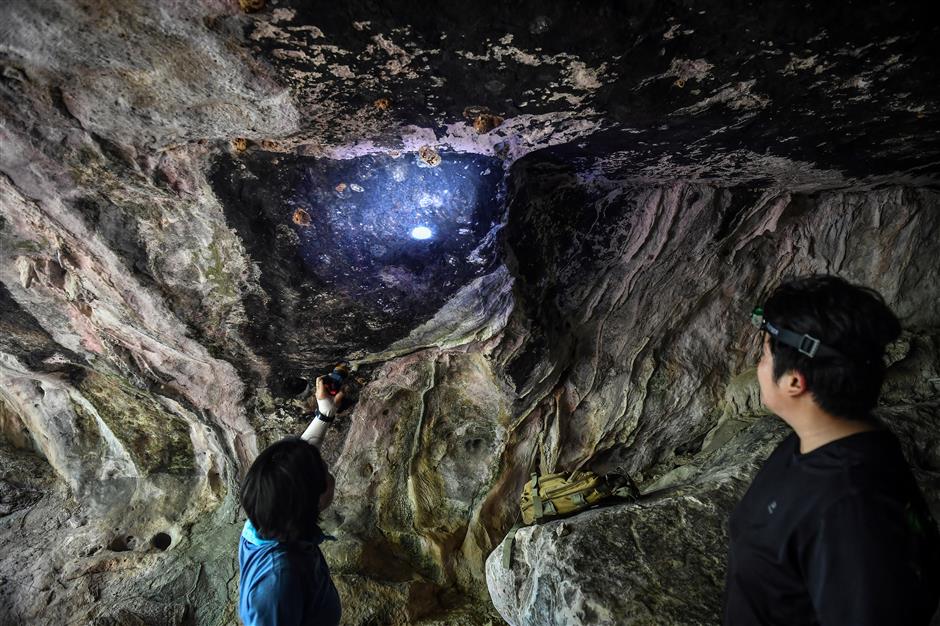 An antelope, a lonely figure, a family linking arms — Kanniga Premjai shines her flashlight across a cave to reveal long-hidden paintings, a stunning discovery for Thailand's scrappy team of archaeologists.

For months, Kanniga and her small team have combed Sam Roi Yot National Park, about four hours southwest of Bangkok, following a ranger wielding a machete as he slashes a path through thorny vegetation.

They had searched about 40 caves — with no luck — before they stumbled on a cavern located a steep climb through rocky cliff terrain.

"I screamed when we found the paintings," she said, pointing out clusters of rust-coloured figures that look like they are holding hands.

The dark walls initially shrouded the etchings, but careful examination and the use of a mobile application — which helps researchers enhance rock art — exposed the drawings.

Thailand has unearthed ancient temples and cities, such as the ruins in the historic former capital of Ayutthaya and northern Chiang Mai — which attract domestic and foreign tourists. 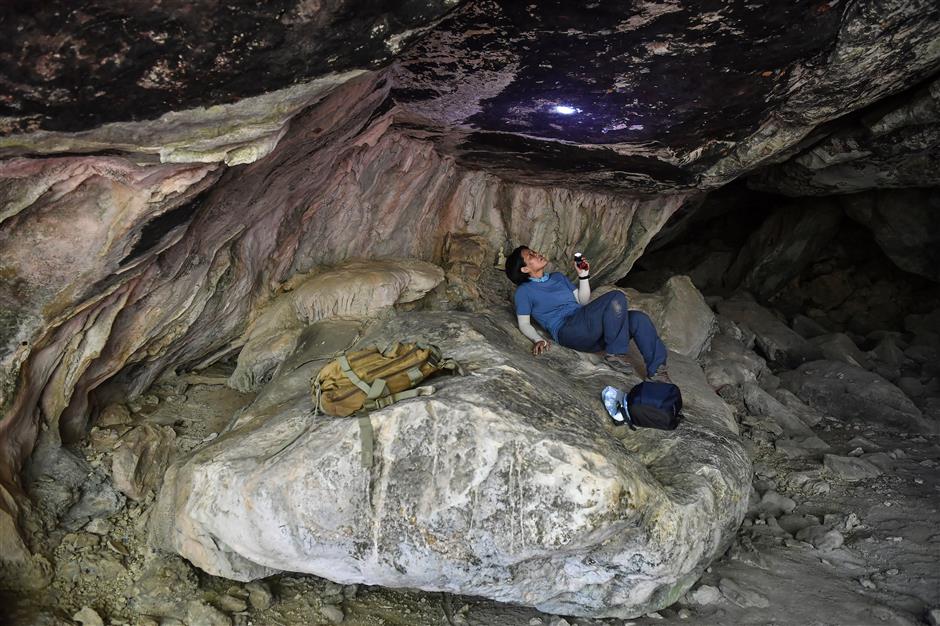 Kanniga shines her flashlight to reveal paintings believed to date back to the pre-historic era.

But the search for cave drawings is more challenging for Thailand's understaffed Department of Fine Arts, often because of the arduous trekking required.

"A lot of their primary work is just preserving what is already found... and that already takes up a lot of time," says Noel Hidalgo Tan, an expert with Southeast Asia's regional centre for archaeology and fine arts.

"There's a lot of places in Thailand that are still unexplored." 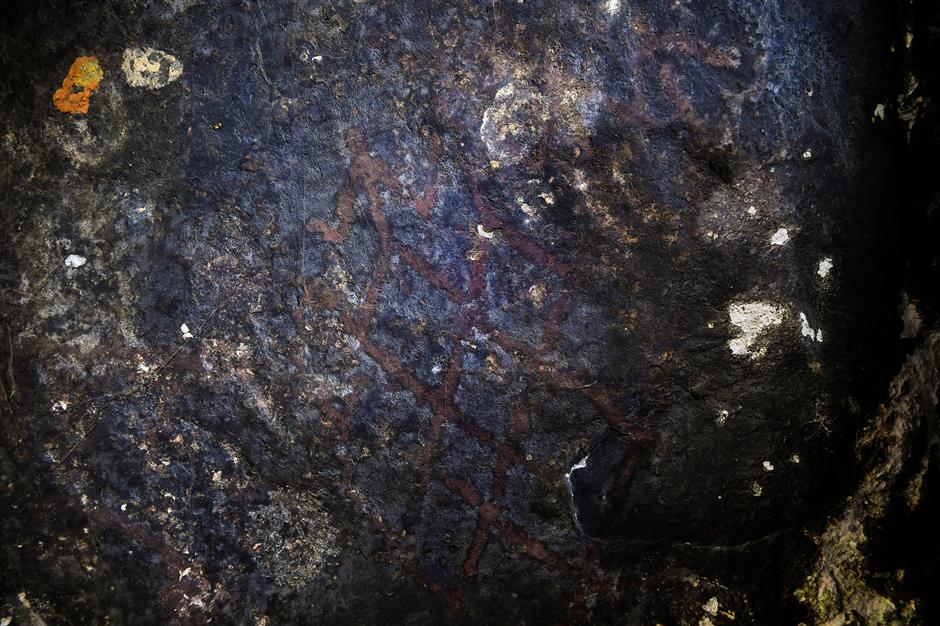 Paintings believed to date back to the pre-historic era.

Locals often venture into the caves to collect guano — or bat feces used as fertiliser — but might not notice the wall art, which is why Kanniga's mission is "to search every cave and cliff in the park".

"We don't know what we'll stumble upon," the 40-year-old archaeologist says, as she ducks into the cave's inner chambers.

While they are not Thailand's oldest — that title belongs to markings believed to be between 5-11,000 years old found in the north — the "Clay Cave" supports Kanniga's hypothesis that the Sam Roi Yot area was once home for pre-historic people.

Cave exploration is Kanniga's passion, but this year is the first in her nearly two-decade career that she is able to devote time and resources to it.

She is one of three archaeologists overseeing six provinces in the Ratchaburi Fine Arts Department and previously spent time assessing historical sites to determine age and provenance.

"Foreign archaeologists usually specialise in one thing, but in Thailand we need to do a bit of everything," she says.

The discovery of paintings in 2016 by authorities doing a cursory sweep of Sam Roi Yot's perimeter prompted Kanniga to push for further research in the park's unmapped grounds.

Today, the national park is popular with domestic tourists visiting nearby beaches and avid birdwatchers observing the wetlands.

The evidence suggests that hunter-gatherers lived in the area some 3,000 years ago, says Tan, a senior specialist on cave and rock art in the region.

"They would be moving camp-to-camp, so they would have a camp up in the mountains," he says, adding that the shoreline of the Gulf of Thailand would have been further inland.

Despite the area's potential, sustained exploration by the kingdom's overstretched archaeologists is likely difficult because "caves can't be easily turned into tourism sites" like historic temples, Tan says.

"As a way to preserve them and protect them, you need to generate revenue but it is not as monetisable."

But Kanniga remains undeterred by the challenges, pushing on with two researchers to search for hidden finds in the park's unexplored caves.

"It's quite exciting, but it's a little scary especially when we're climbing," Chananchaita Kitcho says.

The 23-year-old is grateful they have been successful in their exploration, especially since the difficult climbs can at times feel futile.

"First we get lost. Then we find the cave," she jokes.

Kanniga says she still gets goosebumps when she spies scrawls in the tell-tale ochre pigments.

She says: "When you find the paintings, it's like you're finding a treasure. The charm of archaeology is you never get bored."