Comprised of new paintings, his well-known cartoon characters and a storm of colors, the exhibition introduces 25 years of practice to Chinese audiences.

Born in Stuttgart in 1973, Butzer established his own style by mingling two disparate contexts of his German heritage and the increasing presence of American culture. Conscious of the interplay between reality and the ready-made, Butzer strives to revive the importance of painting and the meaning of human existence.

With an emphasis on rhythm and the study of color and light, he revisits the history of painting. Moreover, he builds a spiritual home on the canvas which lingers between dream and reality. His work’s recollection of German history resonates with Friedrich Hölderlin’s poems, as well as references to Walt Disney, and it enables him to envision an enduring life under the auspices of human nature and community.

As a recurring manifestation of his practice, the NASAHEIM series is a utopia reincarnated in painting. “NASA” is taken from the National Aeronautics and Space Administration, referring to the unknown and untouchable cosmos, while “HEIM” in German refers to home, representing a familiarity within reach.

This invented universe not only points to his protected inner world, but also suggests that painting itself inhabits a space in-between far and near. Butzer is able to break away from earthbound measurements, surpass the concept of time and wander between heaven and earth.

Even though lighthearted figures appear repeatedly throughout Butzer’s works, the aura of life and the crisis wrought by modernity echo in his paintings.

“Don’t believe the hype,’ he said. “Find truth in presence, attendance, community. Stay incalculable and remain a being of risk, embrace the risk. Science is not real. Rhythm will always return and annihilate what is untrue, virtual, statistic and godless.” 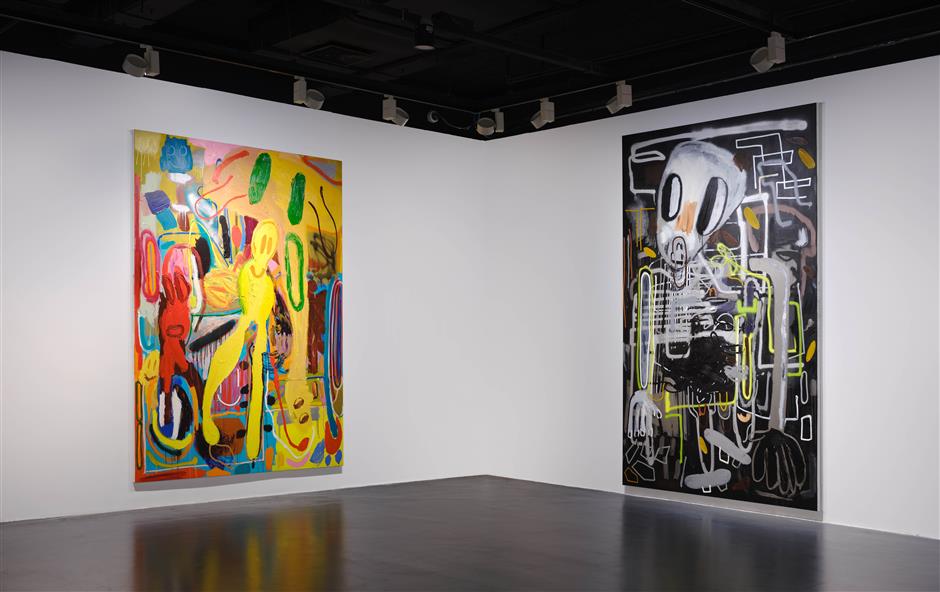