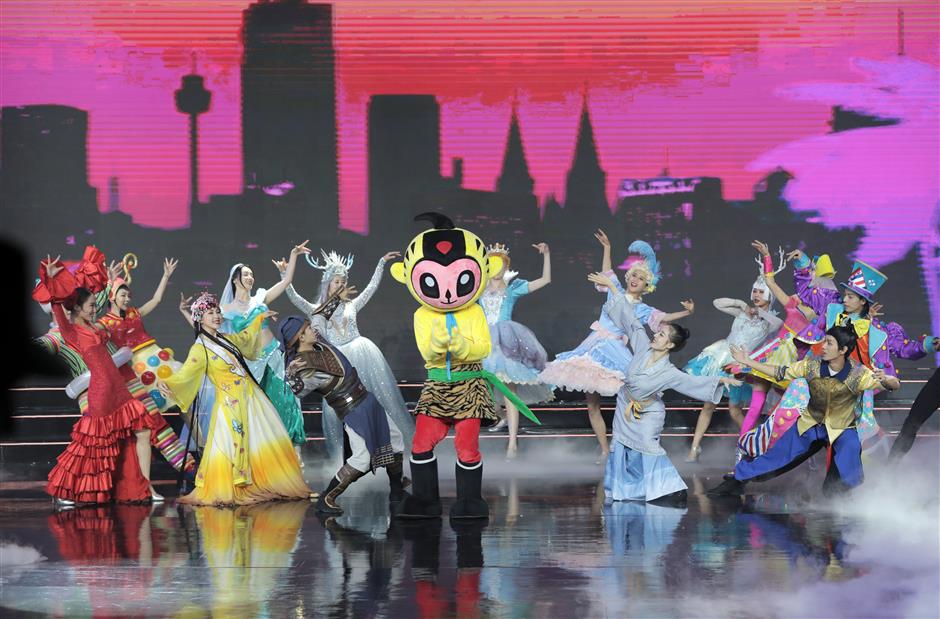 The Monkey King leads performers to dance at the 16th CICAF Golden Monkey King Awards ceremony on September 29 as part of the 16th China International Cartoon and Animation Festival in Hangzhou. It honored 13 winners out of 819 entries from 19 countries and regions this year.

Sales worth 250 million yuan (US$37.35 million) were inked during the 16th China International Cartoon and Animation Festival held in Hangzhou. More than 1,500 cooperation deals were sealed during the six-day event.

By the time when the festival ended on October 4, more than 130,000 visitors had visited the main venue in Baima Lake Plaza, and over 600,000 people visited 11 sub-venues across the city. Around 10 million people surfed on the event’s online platform.

The CICAF is one of the biggest events of the year for cartoon fans and industry insiders in China. Some 45 activities, trade meetings, seminars and competitions were scheduled.

The festival is traditionally held in late April. For the first time, it was held during the National Day holiday due to the outbreak of COVID-19 this year.

Despite the epidemic, the festival still attracted more than 2,600 companies and organizations and 5,800 exhibitors from 65 countries and regions. Leading international companies including Blizzard Entertainment, Media-Participations, TV Tokyo, Bilibili and CCTV Animation attended the festival. 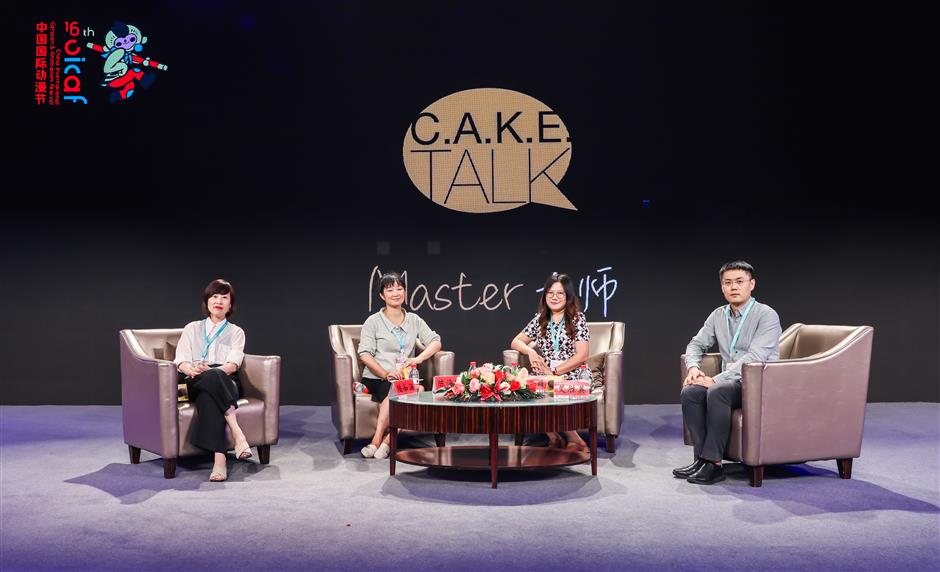 Four animation industry insiders including Judy Lu, Chen Hailu, She Yuanyuan and Ai Shengying (from left to right) share their insights about the industry during the manga festival.

The International Animation and Business Conference, consisting of forums, meetings and business introductions, issued 14 projects involving 500 million yuan during the festival. Contracts worth 250 million yuan were signed. An online conference attracted professionals from 42 countries and regions, including the UK, Finland, Brazil and France.

The Golden Monkey King Awards returned after a four-year absence. This year, it selected 13 winners out of 819 entries from 19 countries and regions.

The Cosplay Super Gala competition was held with more than 100,000 people competing for prizes. After years of development, the CICAF has evolved into an extravaganza for cosplay aficionados. 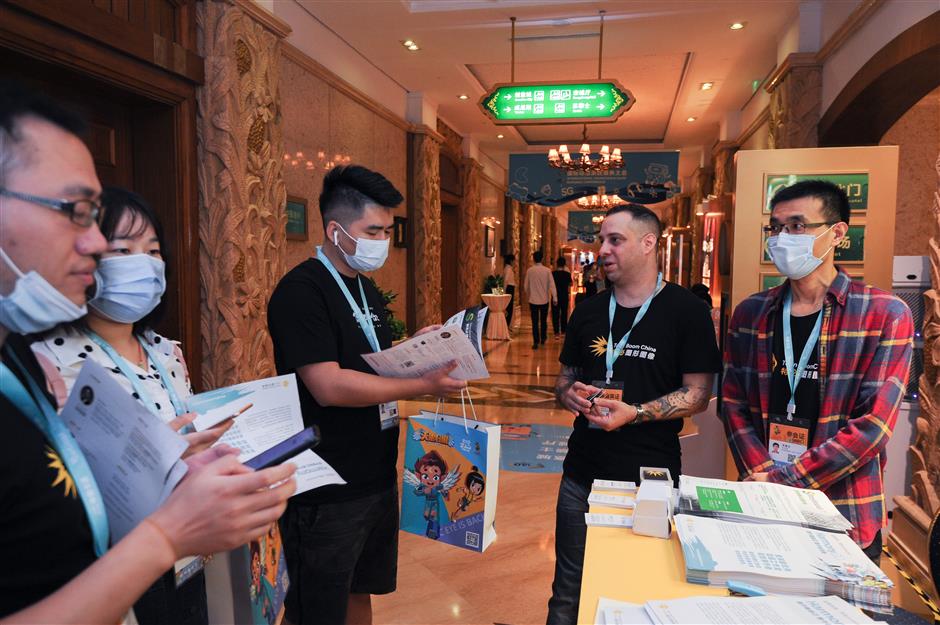 Participants of the International Animation and Game Business Conference communicate with each other.

Another highlight was the seiyu (a Japanese term for voice acting) competition. This year, the CICAF cooperated with MGTV, one of the most popular video platforms in China. Over 5 million viewers poured onto the platform to watch the show.

The competition has become a major platform for professional and amateur voice actors for years. Many accomplished seiyu actors and actresses have been discovered at previous festivals which in turn have helped the competition attract even more attention at home and abroad.

Besides acting as narrators or voiceovers, seiyu performers voice characters in cartoons and animated films. 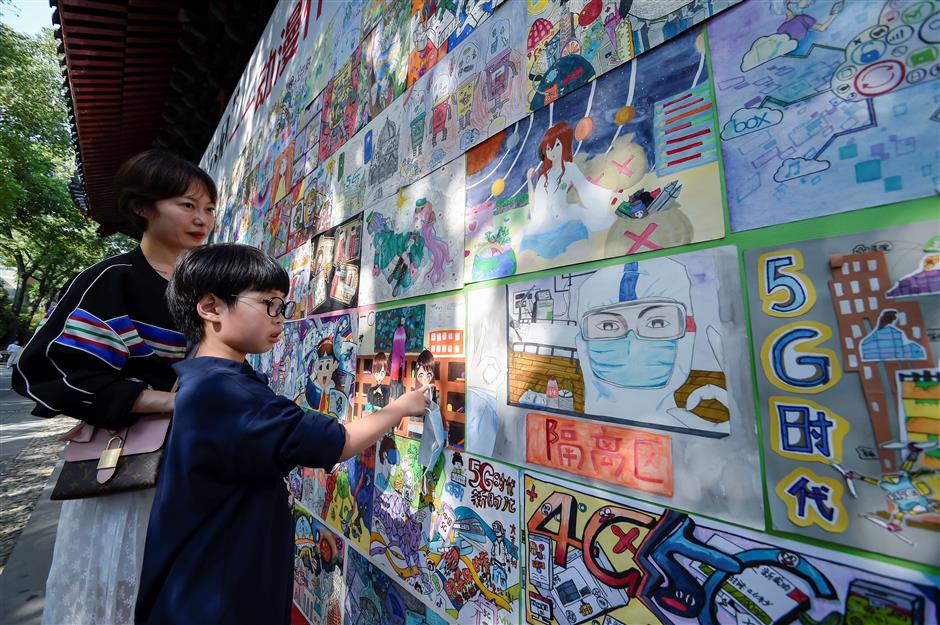 A mother and her son enjoy the paintings from the Tianyan China International Youth and Children’s Caricature Competition.

The Tianyan China International Youth and Children’s Caricature Competition attracted more than 40,000 drawings from more than 90 countries and regions. More than 1,500 paintings were prized and on display in sub-venues during the festival.

First held in 2005, CICAF aims to become one of the world’s largest trade fairs for animation films, cartoon publications and cartoon products.