Art so minute you need a magnifying glass

A tiny stone carving features tea master Lu Yu holding a teapot that is smaller than a sesame seed.

What are the limits of human dexterity?

These incredible artworks and others made by Yuan Yao give a whole new perspective to micro-art.

Yuan, 71, is a well-known micro carving craftsman in Shanghai. His earliest experience with carving came in a childhood game played with stones. On a whim, then 7-year-old Yuan carved his name on one of the stones.

As a youngster, he liked to challenge himself and even tried carving with his left hand — a habit that has endured over the decades.

In his home today is an array of exquisite seals and micro carvings, many dating back to the 1970s and 80s, when Yuan worked in a pen factory and made seals for the Shanghai Friendship Store to earn extra money.

Even when he worked abroad in the Caribbean in 1992, Yuan didn’t give up carving. He painted and carved for tourists at an inn there. He continued making seals after returning to China a year later and then taught himself micro carving. 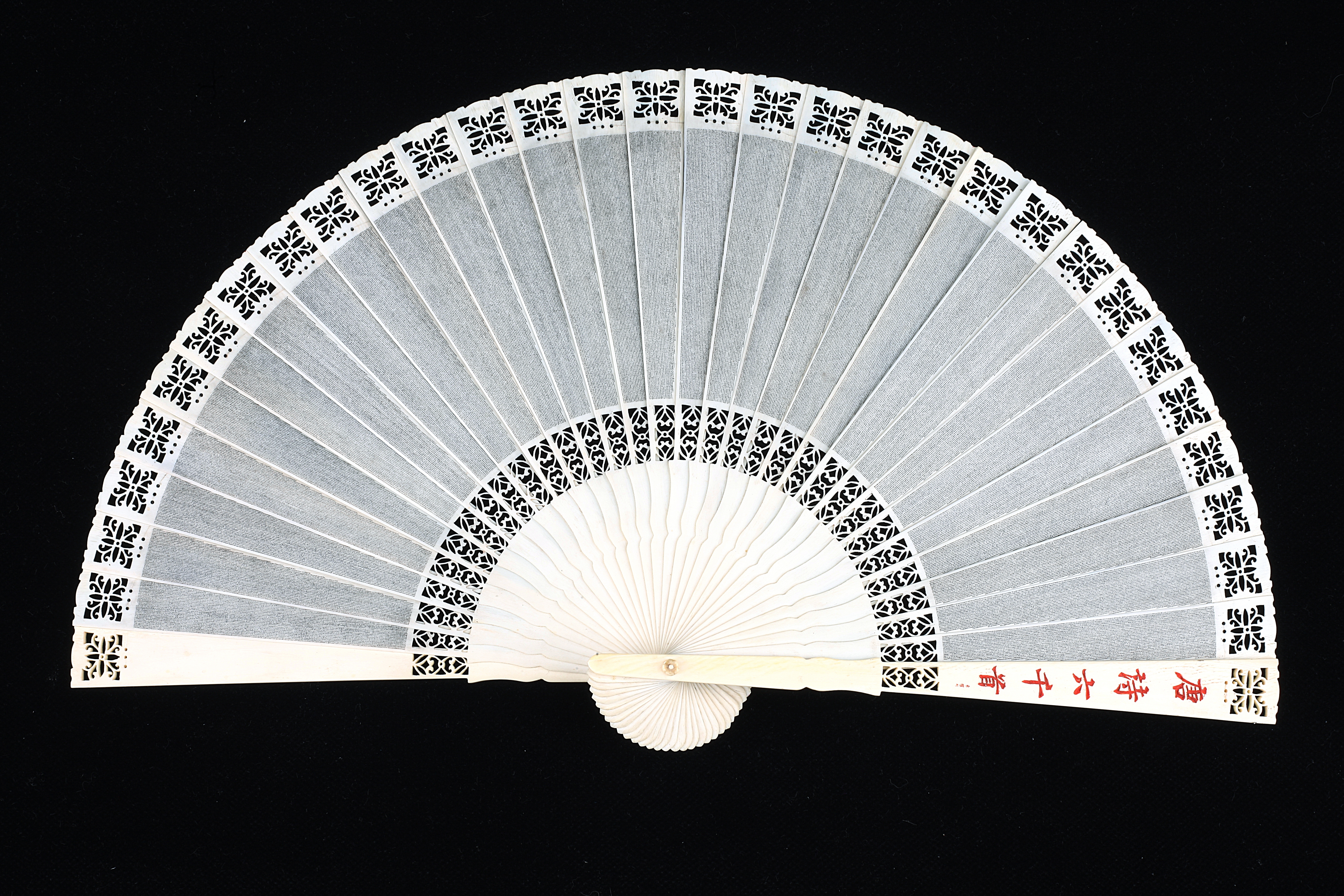 In order to show me an ivory folding fan, Yuan made a special trip to a bank to retrieve it from a safety deposit box.

The fan, which set a new world record for the number of poems in 1995, looks like it is evenly scattered with cracked black pepper. The carved words, which feature thousands of Tang poems, are so small that they require a magnifying glass to see.

“Every heartbeat and breath would have interfered with my hand movements,” says Yuan. “But I couldn’t stop my heart or hold my breath. So I learned in tai chi how to spiritually separate those functions from my hands.”

Yuan likes working at home, especially in the dead of night. His craft room holds a worktable, which is filled with drills, burrs and knives of various sizes, and an old microscope.

Fascinated by Chinese literature since high school, Yuan endows his artworks with Taoism, especially yin and yang, a concept of opposite forces actually being complementary and interconnected in the natural world.

“What I do — carving — is cutting an object out of a stone, or, say, reducing the weight of a stone, which can be seen as ‘negative,’” says Yuan. “Meanwhile, the qi (cosmic energy) of the object is boosted, which symbolizes ‘positive.’”

He says he believes in the importance of conforming to the ways of nature and the fusion with the whole, the goal of Taoism. According to Yuan, he creates designs according to both the shape and the color of the raw materials.

Yuan’s favorite material is jadeite. His first jadeite micro carving in 2004, commissioned by the Shanghai Zhang Tiejun Jewelry Group, was a stone that measured 6:5:1.4 centimeters. The remainder of a bracelet featured a thousand-armed and thousand-eyed Avalokiteshvara, a bodhisattva that embodies the compassion of all Buddhas. Each hand about 1 millimeter wide was further carved with five fingers.

“It took me four months to complete,” says Yuan. “Before that work, I had never carved on jadeite. I took this assignment because I wanted to test my willpower.”

Yuan went on to carve a series of three jadeite works themed on tigers. The number of the tigers of the works increases from about 100 to 120 and 130, while the size of the stones gets smaller, varying from 10.7cm wide to 9.8cm and 9.5cm wide.

“The face of a tiger is merely 1 milli­meter wide, but I still needed to carve its eyes,” says Yuan.

Stones with otherwise unattractive appearances are given a second life by Yuan.

“Compared with technique, I think a craftsman’s knowledge is more important,” says Yuan.

“Works reflect an artist’s accomplishments. I believe that the meaning of being an artist is making artworks in my limited lifetime and leaving legacies that can be passed on indefinitely.”