Although the title of Tian Wei’s solo exhibition is “Soul Mountain,” visitors will have a hard time finding any mountains in his works.

Many of Tian’s ink-wash paintings are named after mountains in China, but they’re devoid of mountains or even vague mountain outlines.

Born in 1973, Tian copied many ancient landscape masterpieces in his early paintings. However, mountains seem to be rooted only in his mind and not on the rice paper.

Tian conjures up a world of colors on rice paper with subtle and intricate changes.

“Unlike other artists, I begin my work before I start painting,” Tian said.

The first step is treating the rice paper, which he dyes with ink and other materials as many as 200 times.

“This is similar to making friends with a stranger,” he said. “I need to get familiar with the media I will later paint on. Sometimes the raw rice paper is very hard to deal with, especially when absorbing different colors.”

Tian experiments to achieve the visual effect he’s going for by mixing ink with things such as soy milk.

“This is my private recipe, and the result is rather stunning,” he said.

Tian is like a marathon runner with his work, overlapping hues for as long as three months.

“That might explain why my paintings appear profound and the hues are so deep,” he said, “I know many artists aren’t patient enough to do that, but for me it’s the best way to express myself in my paintings.”

“Have you ever noticed the milky glaze of pale blue or grayish green with hair-thin crackles of Ru Yao, or Ru Kiln, porcelain from the Song Dynasty (960-1279)?” he said. “The hue is so elegant and poetic, and I try to reflect that in my paintings.”

One distinguishing feature in Tian’s works is the vertically or horizontally centered light, which some liken to the light from heaven.

“It might be the shine of twilight or dusk at the mountains,” he said. “For me, it’s like a thread of joy from a utopian garden.” 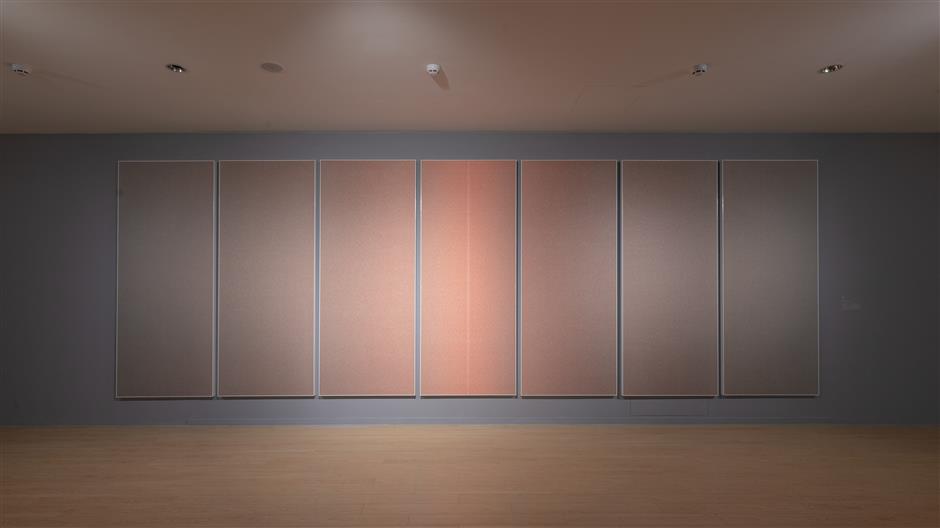 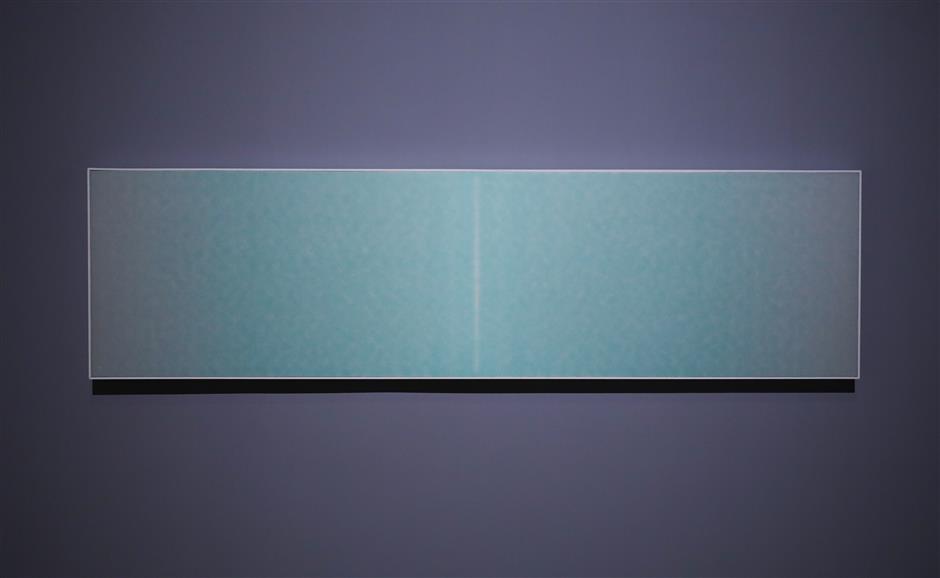