A picture of the past for future generations

An exhibition “City Memory of Hongzhen Old Street” is under way at Shanghai Culture Center in Hongkou District.

The old streets of Hongzhen, in the north of the city, were densely populated at one time with poor living conditions. The 90-hectare shantytown was once inhabited by hooligans, thieves, migrant workers, low-income families and the unemployed. But since 1995, several rounds of renovation and relocation projects have benefited 15,288 families, 232 factories and companies. The city’s biggest neighborhood with dilapidated buildings has now been eradicated from Shanghai’s map, new construction is in full swing and modern landmarks will soon appear.

The exhibition showcases photos, short videos, illustrations and interviews with more than 100 local residents, policemen, postmen, photographers and architecture scholars, who look back on the old days and talk about the city’s urban development to record an important historical document for Shanghai’s future generations.

“I’ve been living on the old street for almost 50 years and I was looking forward to moving for 50 years,” said resident Dong Yuming, 62.

The family’s first residence was a straw house, set up by his father who used bamboo from the factory. Then they renovated it into a one-story bungalow with brick and cement. A small 7-square-meter attic was added, barely making it two stories. Dong and his wife slept in the attic while his parents lived below. When Dong had his son in 1983, they added another level.

“It was illegal and dangerous, but my neighbors all did the same because the living space was too tight for everyone,” said Dong, who was relocated to a new flat in Baoshan District in 2015, where they had their own bathroom and kitchen.

The exhibition shows a rich collection of photos taken since the early 1990s. There are portraits taken around 1996 of a worker in a paint factory, a retired sailor, a public bathroom waiter, housewives and jobless residents living at 274 Tianbao Road, one of the narrow lanes in Hongzhen old area, which was crisscrossed with alleys. 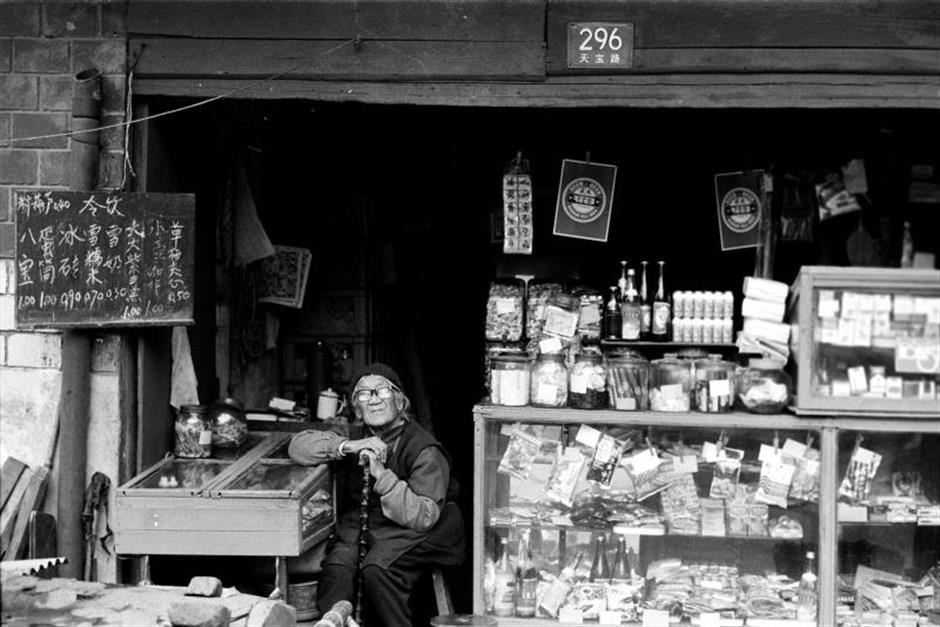 A shabby grocery store on the old street in the 1990s

The 2009-19 collection mostly reflects the relocation project, which has been ongoing for more than two decades. A wooden door stands lonely in a pile of construction rubble and big slogans can be seen one each end of a small lane to encourage residents to relocate. 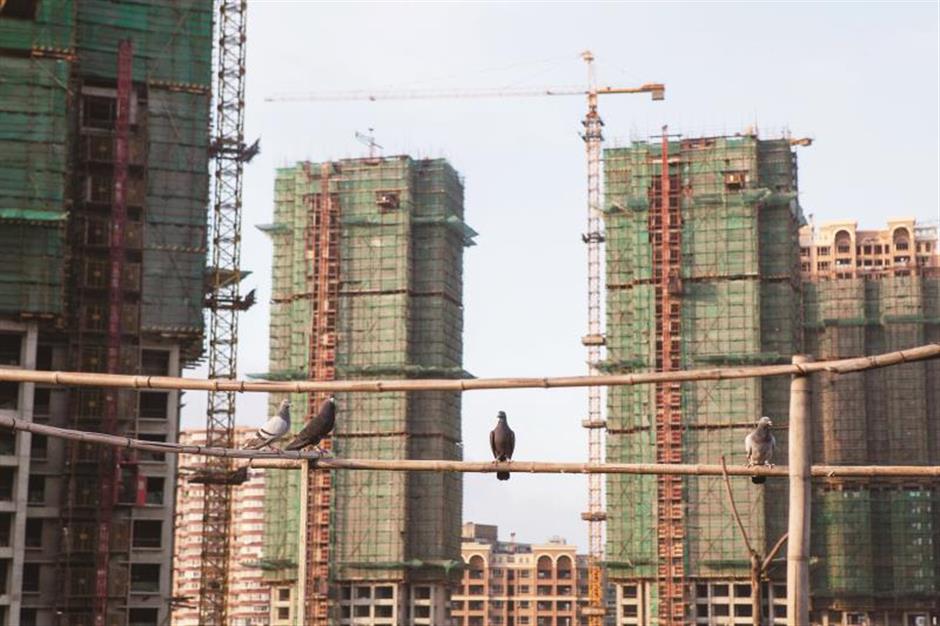 Pigeons fed by residents on the old street rest on the clothes line in the 2000s when the relocation project was under way.

The pictures taken this year reveal a totally different skyline of the Hongzhen old streets, with mushrooming high-rises and new neighborhoods with modern facilities.

“It’s the memory of the city. If the urban construction erased it, Shanghai would have a big disconnection in its history,” said Li Yanbo, associate professor from College of Architecture and Urban Planning, Tongji University.

The exhibit will run through the end of the month. 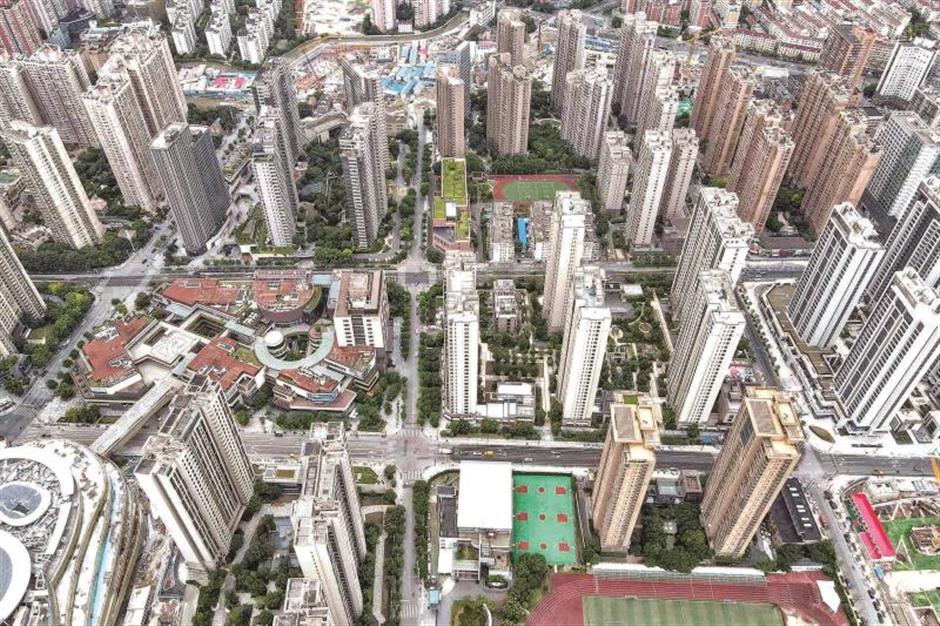