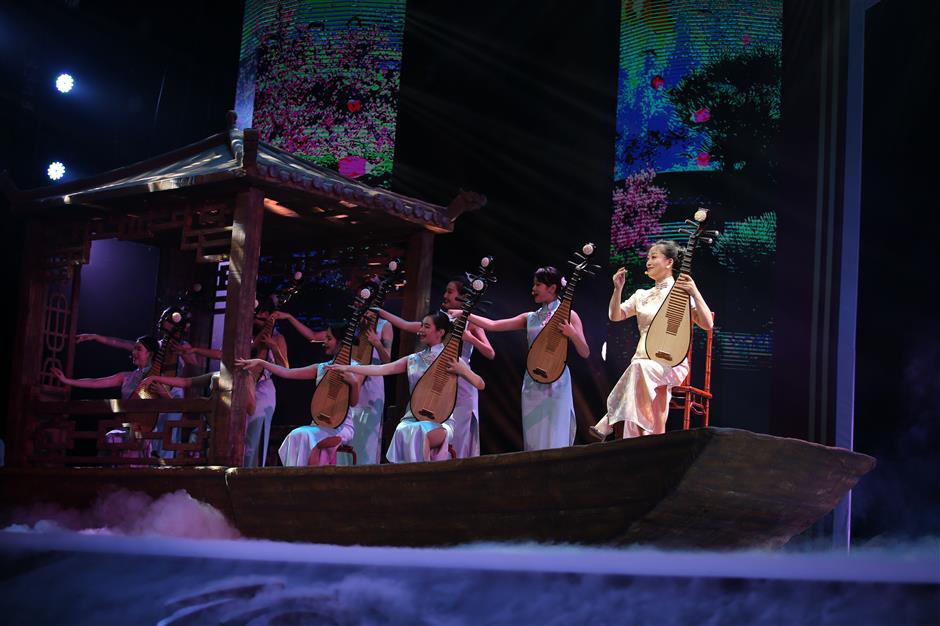 Xing Yanchun, Su Tongmou and Liu Lanfang were given Lifetime Achievement Awards for their outstanding contributions to traditional performing arts on the night of October 15 at the Suzhou Grand Theater.

The awarding ceremony also marked the conclusion of the second Suzhou Jiangnan Culture and Arts and International Tourism Festival.

Xing is a Suzhou native and top star of pingtan (storytelling to music in Suzhou dialect). He has devoted himself to enthralling audiences with his performances, creating new dramas, cultivating apprentices and engaging in management.

Su, an inheritor of nanyin (a type of classical music popular in Fujian Province), has compiled the ancient music into a collection of 10 books to preserve and share this intangible cultural heritage.

Liu is a household name in storytelling. Since 1979, more than 100 radio stations have broadcast her long-form story of Yue Fei (1103-1142), a national hero from the Song Dynasty (960-1279) wrongfully framed for treason and murdered by deceitful mandarins and a cowardly emperor. 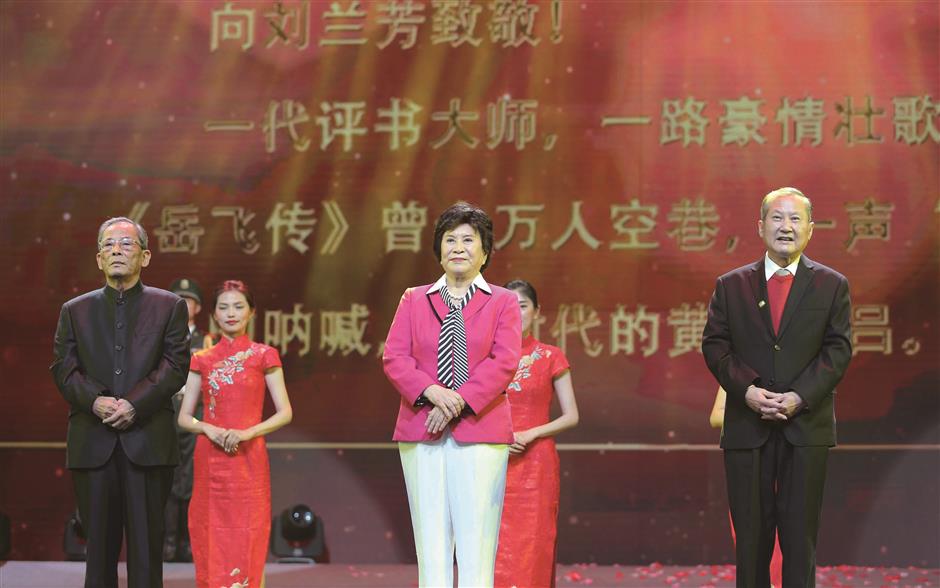 Su Tongmou (left), Liu Lanfang (center) and Xing Yanchun are given Lifetime Achievement Awards for their outstanding contributions to traditional performing arts at the ceremony of the 11th China Quyi Peony Awards, which marked the conclusion of the second Suzhou Jiangnan Culture and Arts and International Tourism Festival.

The three were among the recipients of the 11th China Quyi Peony Awards, China’s top award for quyi, the general term for spoken and singing art forms.

During last week’s ceremony, medical professionals who served in Wuhan to fight against the COVID-19 pandemic, deliverymen and other front-line workers presented the awards, including the performance award, new talent award, program award and literature award.

The awards ceremony also featured exciting stage performances with the gathering of Feng Gong, Sheng Xiaoyun, Gong Hanlin and many other famous folk artists. The series activities of the 11th China Quyi Peony Awards attracted more than 400 playwrights and artists, who gave 13 wonderful performances to the masses, and carried out lectures, seminars and other activities.

Meanwhile, more than 70 drama shows, 200 stage plays and 30 activities were held during the second Suzhou Jiangnan Culture and Arts and International Tourism Festival.

Jointly hosted by the Suzhou government and the provincial culture and tourism department of Jiangsu, the festival this year adhered to the tenet of “grand gathering of culture and art, and festival of the people.”

It used stage shows, calligraphy, fine arts, film and TV, folk arts and crafts and mass activities to display the charm of Jiangnan, the region south of the lower reaches of the Yangtze River. 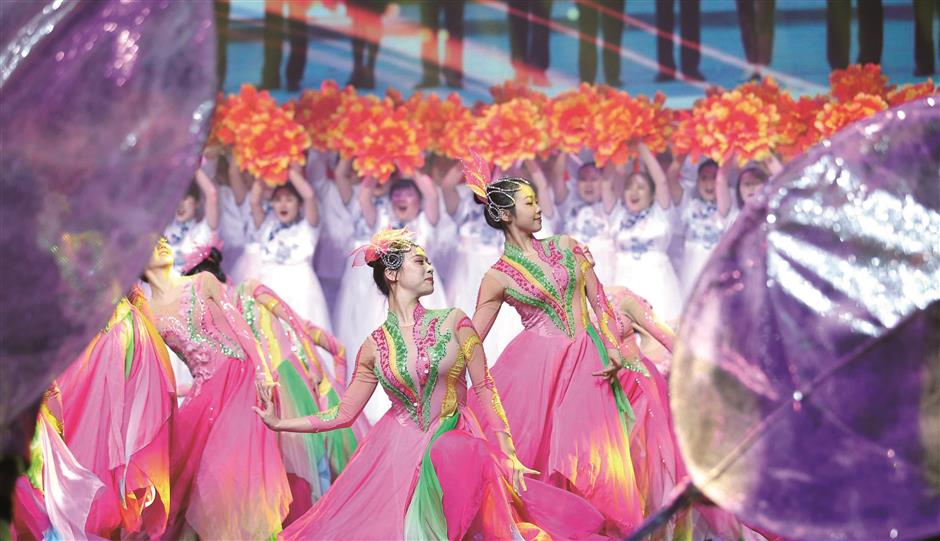 A dancing performance at the awards ceremony