"ShengSheng,” literally meaning “keep living,” is now airing on the streaming platform Youku. It is claimed as China’s first humanistic medical documentary series focusing on the fight of patients and medical workers against cancer.

The seven-episode series is a joint effort between the China Population Communication Center and Youku that began in the spring of 2018. It chronicles many heart-warming stories showing the reality, hardships, courage and strength of ordinary people in the battle against cancer.

It was filmed at major hospitals in Beijing over the course of two years, and consists of 16 separate stories.

According to the documentary, an average of more than 10,000 Chinese are diagnosed with cancer every day. The production team spent countless hours examining how cancer changes the lives of families, inviting viewers to reflect on the meaning, value and power of everyday life.

Many cancer patients and their families documented in the series never lose hope. On the contrary, patients support and encourage one another to seek the best treatments available.

One of the stories is about 13-year-old Si Nuo, who can’t stand or walk due to bone cancer but remains confident and courageous. Every day at the cancer ward, she studies on her own and focuses on her goal of returning to school.

Many touching moments about love, friendship and family bonds are displayed. A late-stage cancer patient surnamed Luo experiences excruciating pain, which he says would be intolerable were it not for his son’s love. To fulfill Luo’s wish of witnessing his son’s marriage, a special wedding ceremony is held at the ward.

Recently, several humanistic and social documentaries have been produced and aired on Youku, including “The Front Line” and “After Winter, Spring Comes,” both of which focus their lens on ordinary people’s lives and emotions during the fight against COVID-19.

Stories about life and death and the pandemic are the subject of many recent documentaries and television programs, some of which have received international acclaim.

The latest Shanghai-produced documentary drama “Be Together” will be distributed overseas. Produced by Shanghai Media Group (SMG), the drama tells 10 real-life stories about China’s fight against COVID-19, and is expected to air on HBO Asia to a global audience.

The three-episode series “Life Matters: Inside Wuhan’s Red Zone,” another SMG production that documents the lives and challenges of front-line medical workers, has aired on the HISTORY Channel across Southeast Asia to wide acclaim. 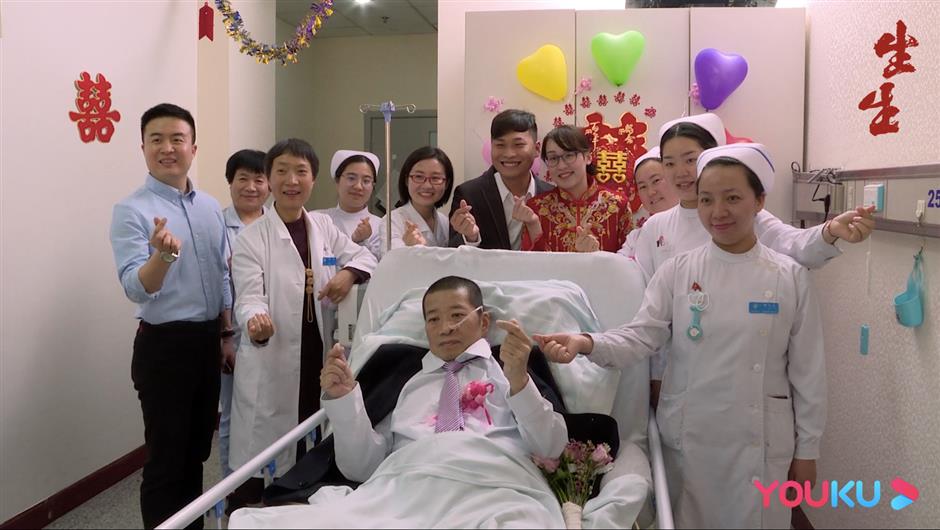 Many touching moments about love, friendship and family bonds are displayed.