Influential British artist Julian Opie showcases a new round of innovative art next week at the Lisson Gallery.

The 62-year-old presents an exhibition of new art in a variety of media forms, including large-scale group portraits, stand-alone sculptures and computer animation.

Opie’s latest work draws on the ubiquitous imagery of urban scenes and cityscapes, instilling everyday life with new energy and vitality. The show coincides with his presentation at the Jing’an International Sculpture Project and the unveiling of his commission for the Huarun Group Embankment Square in Pudong.

Internationally renowned for his contributions to contemporary art, the London-born artist is inspired by billboards, contemporary dance, classical portraiture and sculpture. A leitmotif runs through his work, such as the human figure in different forms — running, posing, walking or dancing — alone or in crowded cities. These portraits can be found in public spaces in major cities all across the world.

The artist’s bold colors and radically simplified forms can be seen in the lightbox installations — “Old Street May 2” and “Old Street June 1,” where striking figures in white, yellow and black silhouettes contrast finely with vibrant orange and blue backdrops. The nearby work “Old Street August 12,” however, shows quieter, more restful colors. All the three pieces were done this year.

These works are based on photographs Opie took this year, showing a typical image of walking urbanites, who often clutch their phones busy reading emails or messages. Each figure is entirely unique in terms of fashion, expressions, props or accessories.

Despite their proximity to one another, the figures are positioned deep within their own worlds, seemingly unaffected by the commotion around them. A similar piece from the series, “Old Street May 8,” will be displayed at Lisson Gallery’s booth at this year’s West Bund Art Fair, which takes place between November 11 and 15.

Visible from the gallery and street below are two sculptures on Lisson’s balcony, “Stripes” and “Folder.” The people depicted in these sculptures are portrayed in motion, symmetrically facing away from each other and walking in opposite directions.

Inside, another sculpture, “Winter 4,” captures two people in winter coats walking together.

Opie’s portraits are instantly recognizable, bearing the mark of homogeneity — always a briefcase, a familiar gesture or posture, to capture a precise moment in time.

Opie’s work will be also included in an exhibition due to start sometime next month by Art Tower in the West Bund, featuring a number of leading Chinese and international artists. 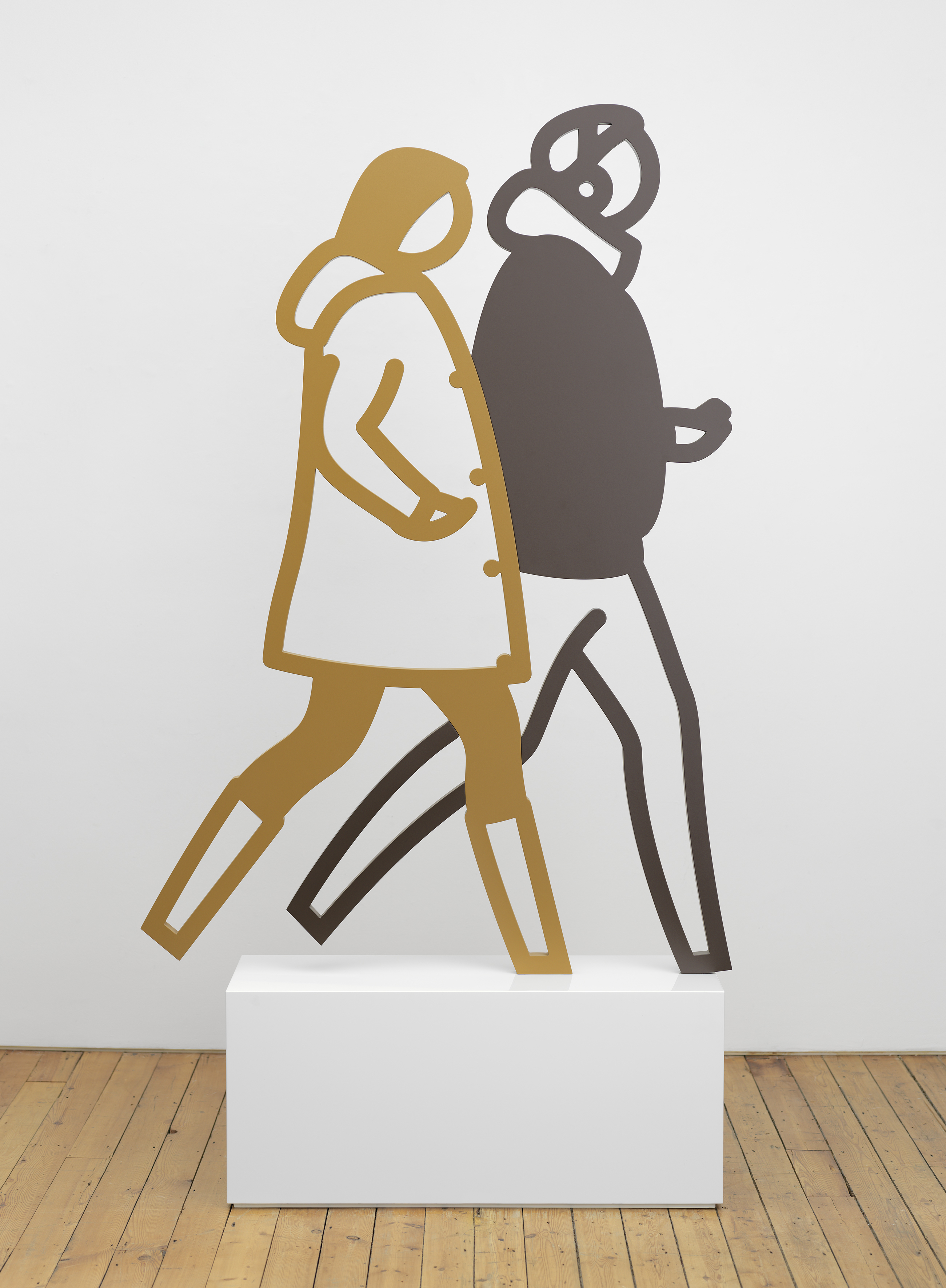