“Everyone says that Jiangnan (regions south of the lower reaches of the Yangtze River) is the best, and it is the best for tourists to grow old here in Jiangnan,” said Tang Dynasty (AD 618-907) poet Wei Zhuang.

As a famous historical and cultural city, Suzhou has become the “most Jiangnan” place due to the integration of its ancient charm and modern style, the pairing of beautiful culture and landscapes, the interaction between economic and cultural prosperity, and the combination of natural and man-made creations.

During the second Jiangnan Culture and Arts and International Tourism Festival in Suzhou, small theaters with strong Jiangnan flavor led audiences into a dream, as if through a prosperous picture of Gusu (Suzhou’s former name).

Jointly hosted by the Suzhou government and the provincial culture and tourism department of Jiangsu, this year’s festival adhered to the tenet of “a grand gathering of culture and art, and a festival for the people.” 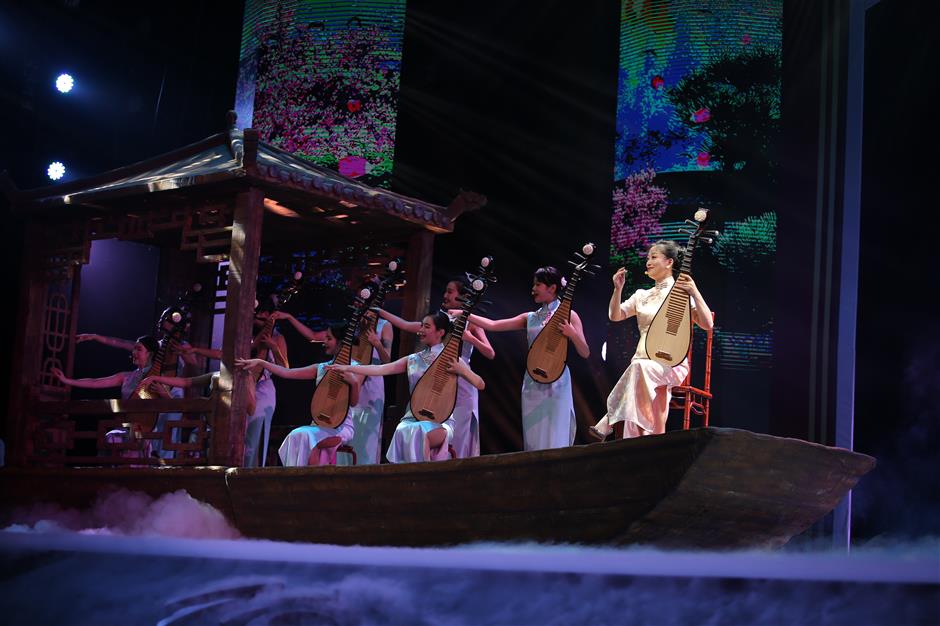 At the same time, looping spoken and singing performances were held in the Master of the Nets Garden, and an immersive sitcom was staged in Yuhan Hall’s True Delight Garden.

More than 70 plays and 200 performances drew close to 40,000 people; exhibitions, forums and other activities attracted more than 600,000 visitors; and 50 million netizens took part in a livestream during the festival.

On the evening of October 8, the Grand Canal Poetry Festival, “A Night Mooring by Maple Bridge,” was staged in Fengqiao (“Maple Bridge” in Chinese).