What's on in November in Songjiang District

An art exhibition in Songjiang is reintroducing an ancient Chinese way of painting, namely decorating a painted bird’s eye with raw Chinese lacquer. Deng Chun, a painting theorist in the Southern Song Dynasty (1127-1279), wrote in his work that Emperor Huizong, or Zhao Ji (1082-1135), would use raw ebony Chinese lacquer to decorate a painted bird’s eye to make it more vivid. An extant painting of Huizong’s, now preserved at the Shanghai Museum, shows just such a painting technique. The ancient creative technique is now being reintroduced by artists He Xianqian and Liang Feng at a duo exhibition at Songjiang’s Dong Qichang Art Museum in Zuibai Pond Park. The exhibition, titled “Moment,” features more than 20 artworks by painter He and lacquer artist Liang. 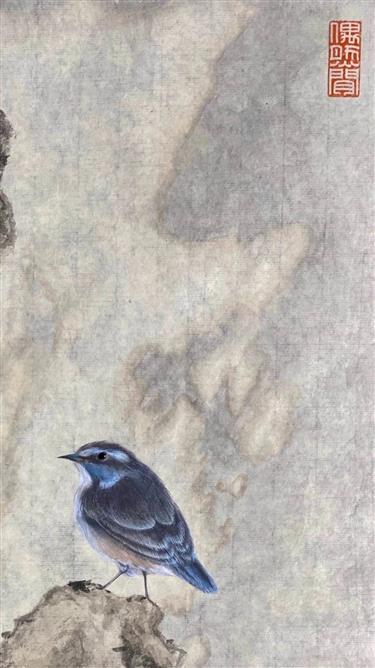 A painting by artist He Qianxian

A Sea of Chrysanthemums

A seasonal attraction at Shanghai Yuehu Sculpture Park in Songjiang District is ushering visitors into a sea of chrysanthemums. It will last through November 22. Clusters of blooming chrysanthemums extend to the horizon just like colorful rainbows. Clean air in the sculpture park is mingled with the fragrance of the flowers. Besides appreciating the beautiful blooms, visitors can also camp, build sand sculptures near a lake, go kayaking and jump on trampolines in the park. The park is open daily from 9am to 5pm with admission stopping at 4:30pm. 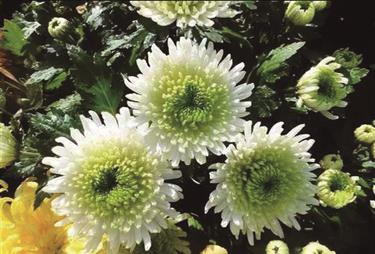 A popular science exhibition promoting a low-carbon lifestyle is underway at Songjiang’s Foreign-educated Chinese Museum to the end of November. The exhibition, using pictures, interactive videos and apps, is highlighting the cherished national tradition of living a thrifty life. Concepts such as saving water and electricity, using public transport and reducing food waste are being promoted. The popular science exhibition, funded by Songjiang Science Commission and Songjiang Science Association, will also hold science lectures and activities including water purification experiments for primary school students.