The Shanghai Conservatory of Music Press recently published the first three volumes of “Chinese Art Songs of 100 Years,” marking the centenary of the musical genre.

The tomes contain musical scores of Chinese art songs from the past century and their histories.

The first three volumes cover 110 Chinese songs created between 1920 and 1948. Each song is accompanied by vocal parts. The project aims to publish nine or 10 volumes in the next five years to complete the collection.

Liao Changyong, president of the Shanghai Conservatory of Music, led the project, drawing on colleagues and other experts at the school. An accomplished baritone, Liao said he always wanted to document the historical development of Chinese art songs and promote them internationally. 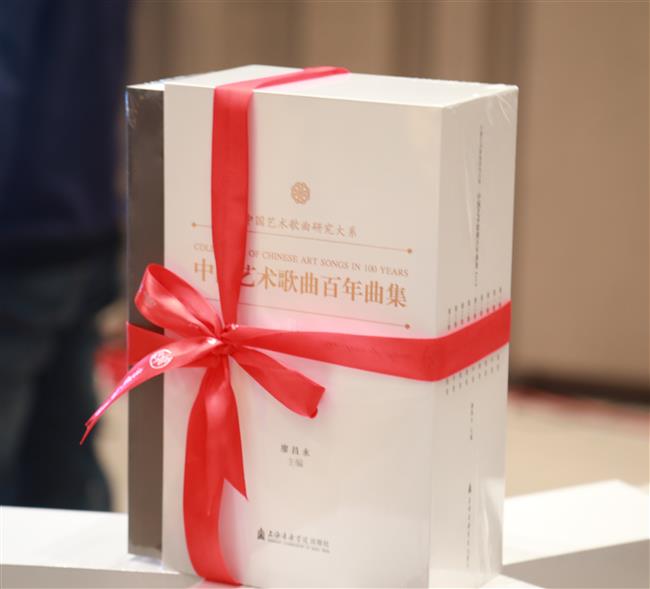 Art songs, by their narrowest definition, are vocal music compositions, usually written for one voice and piano accompaniment, in a classical format. However, in a broader sense, they can include opera arias, stage musical songs and narrative song cycles. In China, they refer to classical poetry set to song.

The first Chinese art song is generally credited to Guangdong Province native Liao Shangguo who composed the song “River of No Return” while studying in Germany in 1920. He used Western composing techniques to lyricize “Reminiscence of Red Cliffs,” by poet Su Shi (1037-1101).

“The Chinese art song is an ingenious combination of Chinese classical poetry and Western composing techniques,” said Liao Changyong. “Each short, concise poem is a meaningful story of strong literary and artistic appeal. When set to music, the rich emotions and landscapes depicted in the poems integrate perfectly with music vocabulary and turn them into charming art songs.”

He added: “The sound image of each piece is just like a Chinese ink painting. The texture of music, I think, has much in common with the brush and ink of Chinese paintings.”

The book series, he said, delves into the motivations and intentions of the composers, as well as the techniques and historical backgrounds of the songs.

“It will serve as a precious historical reference as well a teaching guide for students,” he said. 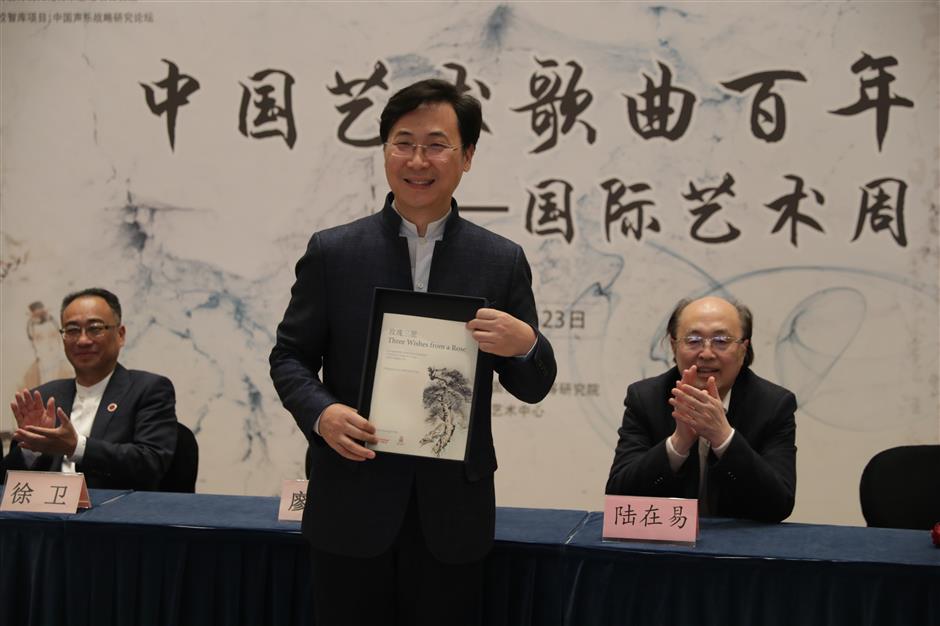 Liao Changyong, president of the Shanghai Conservatory of Music, displays “Three Wishes from a Rose — 16 Chinese Art Songs” at a ceremony in Shanghai marking the release of the German-published collection.

The book, also compiled by Liao and his conservatory colleagues, is published in English, French, German and Italian. The 16 carefully selected songs are largely based on famous ancient poems, including “Night for Maple Bridge,” “River of No Return” and “Phoenix Hairpin.”

The book is expected to reach a wider foreign audience than “Chinese Art Songs of 100 Years,” which is only in Chinese.

“Despite my stage performances in many Western operas and art songs in my professional career, I have always felt a duty to popularize Chinese art songs,” said Liao. “I think Chinese art songs are a window for the world to understand the beauty of Chinese culture.”